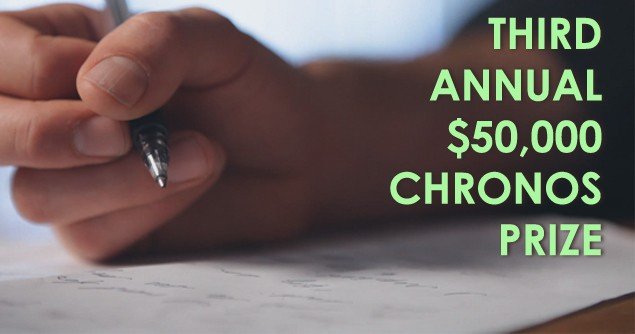 Dr. Ted Baehr, founder of Movieguide®:  The Family Guide to Movies and Entertainment, announced that the competition is now open for the Third Annual $50,000 Chronos Prize for Inspiring Screenplays by Established Filmmakers.

Supported by a grant from the John Templeton Foundation, the $50,000 Chronos Prize for Inspiring Screenplays by Experienced Filmmakers honors faith-friendly or faith-based scripts that promote “a greater understanding or love of God.”

The $50,000 winner will be announced at the 24th Annual Faith & Values Awards Gala and Report to the Entertainment Industry on Feb. 5, 2016 at the Universal Hilton Hotel in Los Angeles.

Filmmakers eligible to compete for the Chronos Prize are past nominees and winners of the Movieguide® Faith & Values Awards and/or established filmmakers who want to create and distribute profitable, spiritually uplifting movies or television programs demonstrating man’s love or understanding of God.

Other criteria for the prizes may be found on the Chronos Prize website at www.chronosprize.com.

For more information about the Chronos Prizes, please go to www.chronosprize.com.