What Were the Best and Worst Advertisers of 2015? You Might Be Surprised 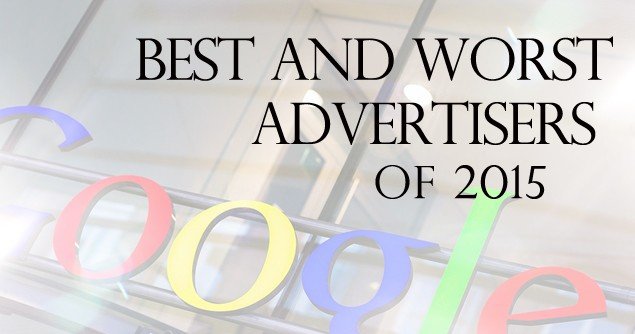 What Were the Best and Worst Advertisers of 2015? You Might Be Surprised

The Parents Television Council recently released its list of “Best” and “Worst” advertisers for 2015. Companies topping the list include Google, Coca Cola and Wendy’s, while some of those listed as worst include Microsoft, Mars and McDonald’s.

The list is organized by industry and lists from the top to the bottom one to three advertisers in each category. The “Best” companies were listed as having “demonstrated willingness to support positive TV programming,” according to an article released by the PTC. The “Worst” companies “supported TV shows that routinely feature sex, violence and profanity, and have not responded to calls to reevaluate their sponsorship behavior.”

PTC President Tim Winter emphasized in the article that the list is not simply about when the ads air, but goes further than that.

“TV’s influence does not end when the commercials are over,” Winter said. “Those companies on our ‘best’ list recognize that fact, choosing to put their ad dollars towards supporting TV programming that is more positive and wholesome for families. … We applaud those on our ‘best’ list for taking seriously their responsibility towards families.”

Winter contrasted this with his appraisal of the companies on this year’s “Worst” list.

“We have found that companies on our ‘worst’ list consistently sponsor primetime broadcast TV shows that feature extremely disturbing and harmful content and that are rated by the networks as appropriate for children,” he said.

The PTC urges companies to think about what they are sponsoring and supporting with both their money and their brand when they choose to advertise.

“Companies can choose to change their sponsorships, and we urge those in the worst category to reevaluate their ad buys,” Winter said. “Research shows that programs with high levels of violent or sexual content can actually repress the viewers’ ability to recall advertised brands. By contrast, subjects who watched ‘neutral’ programming were better able to recall the ads the following day.”

However, Winter concluded with the reminder that ultimately it is also up to families to vote with their dollar and support the companies who support positive TV programming.

“Finally, we ask Americans who are concerned about the effect of harmful TV content on children to use this list as they begin their holiday shopping, to reward the good ones and avoid the worst.”

For over 30 years, MOVIEGUIDE® has been on the frontline’s of protecting families from the effect of the media and compelling Hollywood to clean up their content. Voting for good content with your money and with your remote is the first step Christians can take to making an impact.