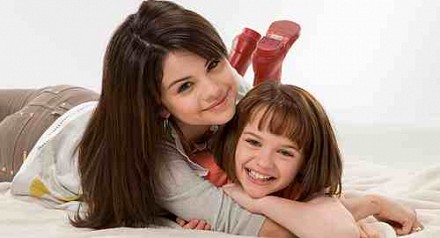 In many ways, it’s a very captivating, entertaining and important movie, as we pointed out in our review. It even has a positive reference to Jesus Christ when Beezus, whose real name is Beatrice, complains that her baby sister gave her this horrible name when she could not pronounce her real name. She asks Ramona who “could love a girl with a name like Beezus?” and Ramona answers, “Jesus.”

With all the good things going on in this movie, someone made the wrong decision to put in

a priestess at the aunt’s wedding. Now, when I was at seminary in the late 1970s, we could debate all day long about whether there should be priestesses or not. The issue of women serving as pastors/preachers is hotly debated in the church today. And, there are many faithful women serving as pastors and preachers. However, the Bible is the ultimate authority on this issue, and for centuries, 1 Timothy 2:11-15 and 1 Corinthians 14:33-35 have been cited to uphold the practice of excluding women from teaching and pastoring.

Thus, the Catholic Church, which represents more than 73.6 million people in the United States, is firmly against priestesses, as are many traditional Christians, conservative Christians, including the 17 million Southern Baptists. The question is, did the filmmakers want to exclude millions of Christians from the audience?

The adage, “a picture paints a thousand words,” comes to mind. Hollywood movies use moving pictures to tell stories; and generally, filmmakers use iconographic symbols to tell their story in the most succinct way because every minute of screen time costs thousands, sometimes millions, of dollars. For instance, in movies, Christian ministers regardless of denomination are largely represented as male priests wearing a collar because in a split second, audiences identify the “collar” with qualified ministers.

Whether or not the filmmakers of RAMONA AND BEEZUS want to make a statement that they are in favor of female ministers, why would you take precious screen time in order to push a hot-button doctrinal issue for many mainline Christians who may potentially want to support such an uplifting and inspiring movie?

Sadly, many of these Christians will not want their children to see the female priestess because they won’t want that image in their minds. It is incomprehensible that you would want empty seats in the theater.

If this is an ignorant decision, it is a problem that could have been solved for the filmmakers by contacting the Christian Film & Television Commission® and MOVIEGUIDE®. We have a Board of Reference that consists of major Christian leaders from many denominations and theological viewpoints. And, we’ve advised Hollywood on many movies.

Some filmmakers may think it’s cute to have a female priestess in a movie, but why have empty seats in the theater?