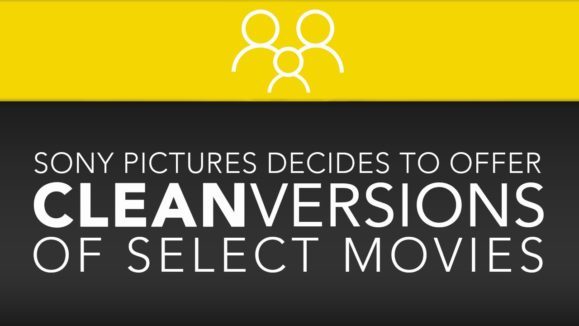 Hollywood, Calif. – “It’s time for families to have the choice to watch safe and clean entertainment” Family and child advocate Dr. Ted Baehr, Founder and Publisher of Movieguide®, said today.

Movieguide® announced the start of a petition on CitizenGo to get the major Hollywood studios, including, The Walt Disney Company, 20th Century Fox, Warner Bros. Entertainment Inc., and Paramount Pictures to make available for rent cleaned up versions of movies that are already edited for commercial airliners.

Sony Pictures announced earlier this month that they’d release 24 “Clean Versions” of movies that’d be available to rent on iTunes, VUDU, and FandangoNOW. However, after certain filmmakers balked at the idea of their movies being edited, Sony backed down by taking off several movies, and then as of this week, shutting down the Clean Versions website altogether. “Hollywood studios know that families want clean entertainment” Dr. Ted Baehr said, “It’s unfortunate that the families have to suffer because a few select scatological filmmakers want every curse word and lewd scene included in their movie.”