A CURE FOR WELLNESS 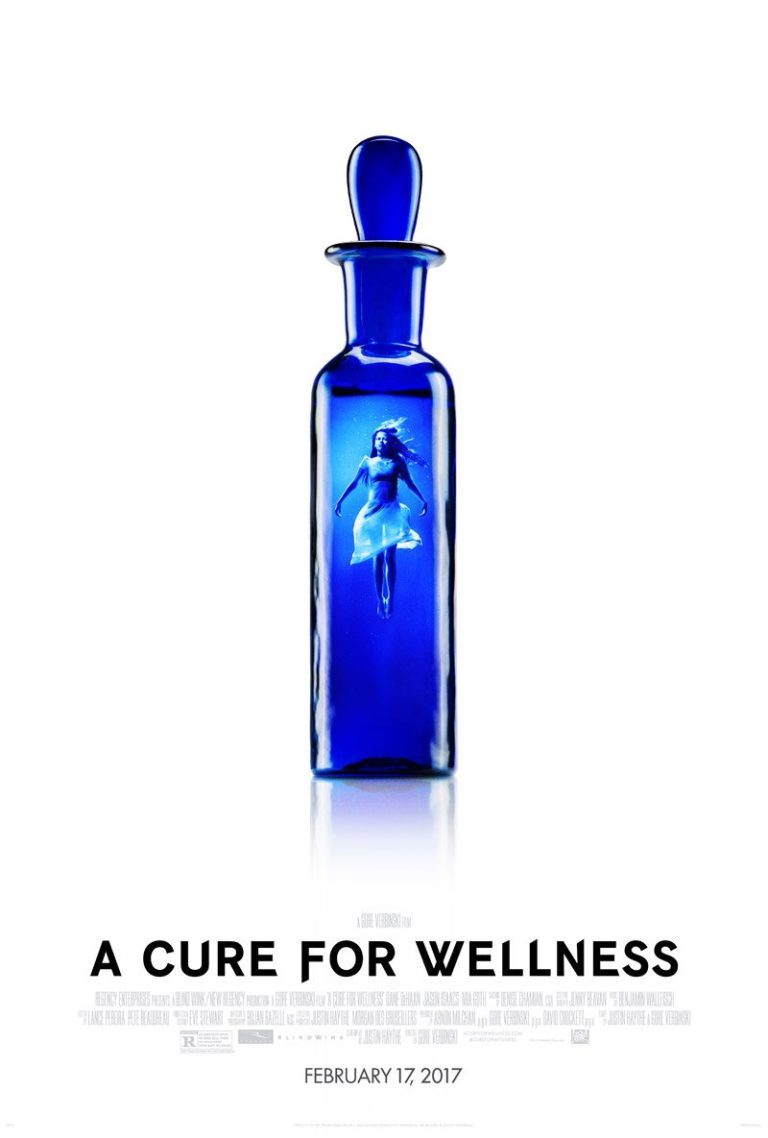 In A CURE FOR WELLNESS, a young New York stock investor named Lockhart forced by his supervisor to travel to Switzerland and convince another colleague to return to work in the USA. This job leads Lockhart to a strange hospital that places an emphasis on water for mental rejuvenation that nobody seems to want to leave. After a car accident leaves Lockhart with a broken leg, he’s forced to stay and investigate the strange happenings of this frightful place. Meanwhile, the doctor in charge seems to be up to no good.

A CURE FOR WELLNESS creates a chilling atmosphere, but the acting leaves a lot to be desired. Also, a silly plot twist occurs at the last minute of this overlong movie. Eventually, the villain is exposed, and it turns out he’s involved in some occult, pagan plot. Although the occult villain is defeated, the plot twist mentioned above suggests the occult evil has found another way to win. MOVIEGUIDE® ultimately finds A CURE FOR WELLNESS to be excessively occult, morally inappropriate viewing. It also contains excessive violence and nudity.

(OOO, E, PaPaPa, FRFR, AbAb, B, So, Acap, LLL, VVV, SS, NNN, AA, D, MM) Very strong occult worldview with some environmentalist elements that empowers physical treatment in service to demonic rituals, including worship of water and giving honor to animals, with very strong supporting pagan elements containing false Anti-Christian notions that attacks the Catholic Church and suggests humans can potentially overthrow occult practices by their own physical means and includes a pagan ritual involving incest, plus some light moral elements and some socialist, anti-capitalist elements critiquing the world’s obsession with business and economics; about 24 obscenities (including nearly a dozen “f” words), three strong profanities and at least one light profanity; some very strong, scary and extreme, sometimes gross or graphic, violence includes villain drills into man’s front tooth, many pulls a bloody tooth out of his mouth, eels appear to feast on a corpse, eels feast on a villain whose head has been impaled by a shovel, villain restrains protagonist and forces a tube down his throat to pour some eels down it, gross image of worms, car hits a deer that gets stuck in its windshield, and the car goes tumbling, man apparently has a broken leg from the car accident with the deer, woman in water sheds menstrual blood and ells encircle her but nothing else happens, man trying to rape and “marry” his daughter tears off clothes to expose her chest, a baby calf is cut out of its mother’s belly, man dies of a heart attack, man jumps off bridge, a character nearly drowns, a fight occurs in a bar, a character has a bloody hand; strong and light sexual content includes villain tries to rape his own daughter, implied self-abuse and suggestive dancing; full frontal female nudity in one scene, full frontal male nudity of a corpse on a gurney, images of upper female nudity, rear male and female nudity, images of upper male nudity; some alcohol use; smoking but no drugs; protagonist lies and robs from villainous health clinic, child draws a devil figure on a foggy bus window, deception and brutality from the main villain.

A CURE FOR WELLNESS concerns a young New York stock investor named Lockhart whose father committed suicide when he was still young. After the sudden heart attack of a deceased coworker, he is then forced by his supervisor to travel to a Switzerland hospital and convince another colleague to return to his line of work within the states. So Lockhart does just that, and ends up finding this man at a strange hospital off in the middle of the forest, one that places enormous emphasis on the powers of water for mental rejuvenation.

Everything there seems rather strange, considering that nobody wants to leave this odd place, including the man he went to retrieve. Lockhart thus wishes to leave immediately, but a car accident leaves his leg fractured and in their care.

During his stay at this hospital, he’s treated will all sorts of frightening treatments, including a near-drowning in a water tank filled with eels. Yet, he soon befriends Hannah, a young woman who also has a peculiar desire to leave the place, unlike the other patients. It also just so happens that her father is the one in charge of the clinic, and he has a very unorthodox plot that differs from what the patients think they’re getting.

So, Lockhart takes matters into his own hands to investigate this strange hospital’s odd methods of rejuvenation. Eventually, he discovers all sorts of details underneath the corporation that eventually leads to some much-needed answers about how he can get himself, Hannah, and all the other patients out and back into the world.

Gore Verbinski steps it up from his previous disappointing projects with this fairly satisfactory thriller that creates a chilling environment similar to other dystopian thrillers such as THE WICKER MAN and SOYLENT GREEN. However, the acting is rather unconvincing, relying on poor Swiss accents and an over-the-top villain to suggest that European countries are evil compared to America. Also, like many of Verbnski’s other live action movies, A CURE FOR WELLNESS is too long.

Basically, the movie’s evil organization treats water like a god, using it as a means of sustainability for the patients’ sanity. It means these patients, almost all of them old and frail, regularly step into saunas and baths completely nude. These same patients are also showing constant eruptions of blood, either out of the nose or out of other unmentionable areas, and their teeth fall out due to disease. Yet, it’s not this R-rated graphic content that makes A CURE FOR WELLNESS objectionable viewing, but rather the strange and pointless perspective it makes about the most powerful spiritual force on earth.

Much of the talk at this hospital suggests an extremely occult worldview, including mentions about how we owe it to water for starting all life, and how our disease leads to a cure. It’s also worth mentioning that the grounds the patients live on used to be a place of worship until the priest met his demise. These philosophies about the meaning of life are later in the movie proven to be evil, and the actions taken by the protagonist does offer potentially uplifting morals about conquering an unjust way of living. Even so, their means of conquering the occult evil in the movie are by physical means rather than spiritual ones. When faced against something as dark as demonic worship, we should be relying on prayer and scriptural guidance, not the material weapons used here. Even worse, a ridiculous plot twist is thrown in at the very last frame, which leads viewers to question the entire moral of the story. This twist can be interpreted as one that favors the villain’s occult worldview, despite [SPOILER ALERT] his ultimate demise.

Moviegoers who aren’t media wise will look at A CURE FOR WELLNESS and see it as an entertaining thriller with beautiful set pieces and cinematography. While they certainly are spectacular, it just adds to the danger this movie poses of making an alternative, occult path toward reality more attractive and immediate than a holy God who keeps His promises. MOVIEGUIDE® ultimately finds A CURE FOR WELLNESS excessively occult and morally inappropriate viewing.