"The Good, the Bad and the Unresolved" 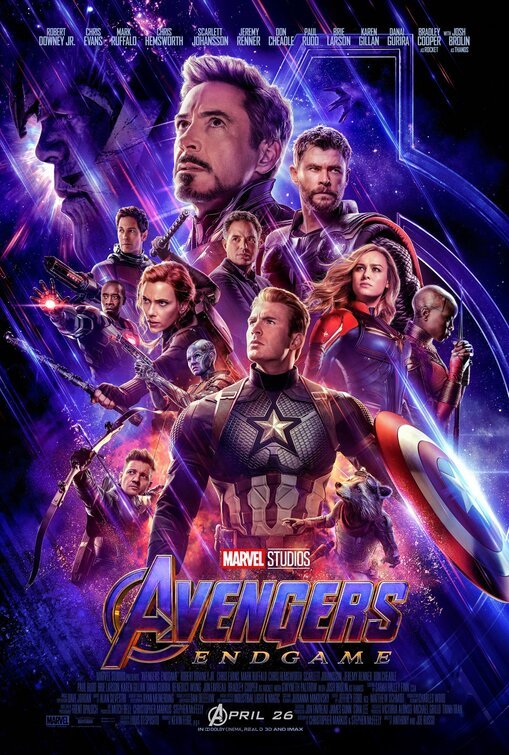 AVENGERS: ENDGAME picks up five years later where the last movie left off. The remaining Avengers are still mourning the loss of their friends at the hands of Thanos, an evil environmentalist loon. Ant-Man comes out of the quantum realm and insists they can use the quantum realm to go back in time, retrieve each of the Infinity Stones, and reverse the destruction Thanos caused. Thanos, however, has some tricks up his sleeves. Plot point after plot point and character arc after character arc leads to another final battle. Who will win? Who will die?

AVENGERS: ENDGAME has one unified plot with many characters and themes merging into it. That said, some plot points are unresolved and some storylines are left hanging. At one point, this problem becomes a little tedious and even confusing. ENDGAME also has lots of foul language, frequent intense violence, and some other edgy, immoral content that’s also harmful to children. On the positive side, however, the movie contains an emotionally powerful, morally uplifting main plot that extols family and fatherhood. MOVIEGUIDE® advises extreme caution for AVENGERS: ENDGAME.

(BB, C, CapCap, PP, Ab, OO, PC, Ho, LLL, VV, N, AA, M):
Dominant Worldview and Other Worldview Content/Elements:
Strong moral worldview starts with family and ends with family, plus most of the dads in the movie are good, with some light Christian references, including self-sacrifice and appeals to God, patriotism, freedom and free enterprise are portrayed in a strong positive light, but also a few jokes demeaning morality in a light way, increased references to witchcraft balanced by commendations of science in the appeals to quantum physics, plus there’s a politically correct tone to the forced “diversity” in the movie and its characters, including a homosexual reference in a scene where one man says he wants to date a man he met once again
Foul Language:
30 obscenities and 15 profanities (inlcuding a strong blasphemous GD, OMG, Jesus's name is used as a curse word, and a few of the profanities are borderline)
Violence:
Strong, often intense action violence with some blood includes giant battle scenes, someone’s hand is cut off, a character’s head cut off, people are stabbed, characters are bloody and beaten, characters’ bodies are burned during the fighting
Sex:
No sex scenes
Nudity:
Upper male nudity and some aliens are naturally undressed but nothing explicit is revealed
Alcohol Use:
Thor becomes drunk and suffers from PTSD
Smoking and/or Drug Use and Abuse:
No smoking or drugs; and,
Miscellaneous Immorality:
Bad guys lie and cheat.

AVENGERS: ENDGAME in some ways resembles a Wagnerian opera with a lot of good and some annoying bad, as well as several loose plot points and self-referential nods to previous Marvel movies. The opening is one of the best movie openings in a long time, and the ending is emotionally powerful. In fact, in many ways, the movie expresses the most important rule in filmmaking, which is to touch the audience’s emotions with very sad scenes as well as very funny scenes, keeping the audience intrigued for much of the movie. That said, some of the false threads should have been cut, and the movie would have been reduced to a much more reasonable, compact and more compelling time frame.

AVENGERS: ENDGAME has one unified plot with many characters and themes merging into it. In the interest of finding the emotional moment in each scene, some of the plot points are unresolved and some of the storylines are left hanging. At one point in the movie, this gets to be tedious and may be confusing if you haven’t seen all the previous Marvel movies up to now. That said, the good outweighs the bad, but AVENGERS: ENDGAME has a lot of foul language, including strong blasphemies, intense action violence and other immoral content that warrant extreme caution. On the good side, family is of prime importance in the movie’s main storyline. Also, people are respected as equals, and individual life is appreciated. Patriotism, freedom and free enterprise are portrayed in a strong positive light as in previous movies.