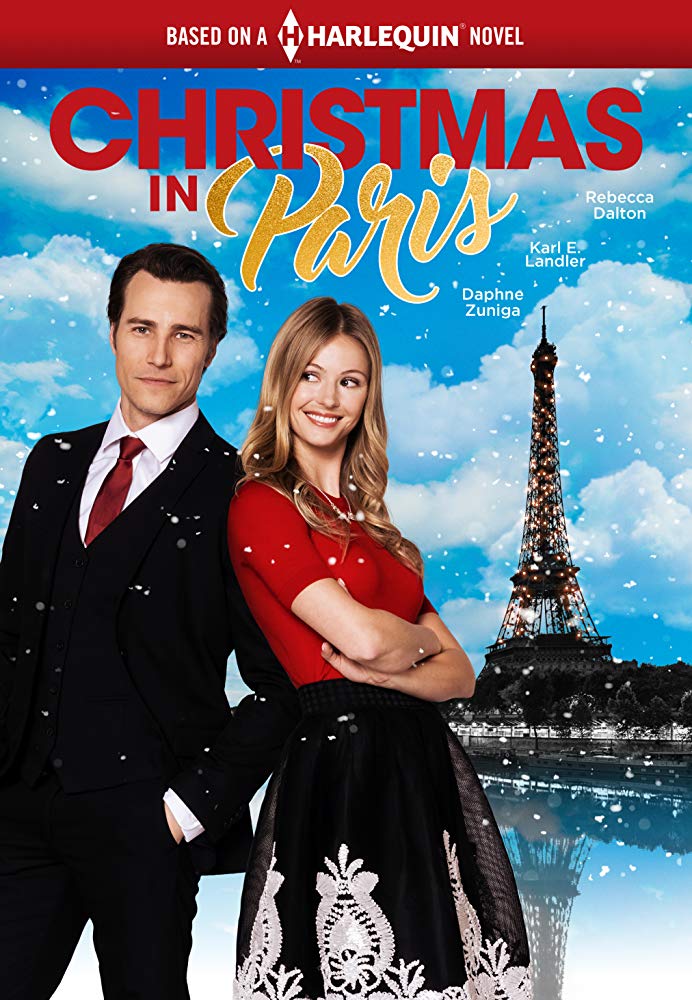 CHRISTMAS IN PARIS is a romance about a French millionaire who ventures to Montana to close a business deal with an American perfume company. Lucas is scheduled to close a business deal for a new male fragrance line connected to his own brand, which will be sold in Europe. When Lucas finally arrives in Montana, he meets the company’s beautiful art director, Robin, who used to be the company’s main model. Sparks fly between them, and Lucas invites Robin to spend Christmas in Paris with his family. However, Robin reveals a family secret that could end their romance.

(BB, C, Ro, V, M):
Dominant Worldview and Other Worldview Content/Elements:
Strong moral worldview with redemptive depictions of apologies and forgiveness, references to Christmas. the importance of family and how letting go of anger and guilt is important, with some light Romantic elements of emotions sometimes overcome rational thought
Foul Language:
No foul language
Violence:
A scary scene of a man having an asthma attack
Sex:
No sexual immorality but a dating couple kisses six times
Nudity:
No nudity
Alcohol Use:
No alcohol use
Smoking and/or Drug Use and Abuse:
No smoking or drugs; and,
Miscellaneous Immorality:
Mother lies to her son, which causes the son to have a distant and bad relationship with his father.

CHRISTMAS IN PARIS is a romance about a French millionaire who ventures to Montana to close a business deal with an American perfume company. While there, he meets the company’s art director, who used to be the company’s main model for its products. Enjoyable and more relatable than other Christmas romances, CHRISTMAS IN PARIS has a strong moral worldview with redemptive depictions of forgiveness and letting go of anger and guilt.

The movie opens with Kate Fortune, the middle-aged President of Fortune Industry, talking to Lucas, the French millionaire, on the phone while he’s stuck at the airport waiting for his connecting flight to Montana. He’s just arrived from France to close a business deal on a male fragrance line that will be distributed in Europe and will be connected to his own brand.

Robin, the company’s art director and former main model, enters the room after Lucas leaves. Robin suggests Lucas would be a good fit for Kate to date. Kate swipes the suggestion aside casually, saying she’s old enough to be his aunt.

Cut to a photo shoot for the new fragrance line where Robin’s standing in for the model who’s stuck in New York. Lucas shows up at the shoot and meets Robin for the first time. He’s captivated by how beautiful Robin is.

Robin takes Lucas from the photo shoot to meet Kate so they can close the deal on the new male fragrance line. After their meeting ends, Kate is back in the garden where the shoot was, and Lucas runs into her there. He asks if she would be able to get dinner, and she kindly declines. He then takes the opportunity to give her his card since they have to work together on the creative campaign for the new fragrance line. However, he bashes her proposed marketing direction for the campaign, telling Robin that she doesn’t know who he really is.

This conversation leads to the two of them meeting for coffee. From there, they end up spending more time together so they are able to get to know the real versions of one another. This time spent together leads to sparks flying between them.

However, Lucas suddenly is about to leave to return to Paris for Christmas. Robin is sad, because she didn’t think the time she had with Lucas was going to be so short. Lucas invites her to go to Paris with him and spend Christmas with him and his family. Robin accepts the invitation and the two jet off to the city of romance.

They spend a wonderful few days together and with his mother. When Lucas takes her to one of his homes in the French countryside, Robin reveals a family secret Lucas wasn’t expecting. They get into a fight that ends in Robin leaving to return to America. Will Lucas and Robin reconcile and end up together in the end?

CHRISTMAS IN PARIS is an enjoyable Christmas romance that’s not as cheesy as some others. The movie is more relatable then other Christmas romance movies because Lucas and Robin have to get to know one another so the fragrance campaign will work. Both characters are on a journey to open up to the real world and really let people know who they are on the inside. These factors lend more credibility and authenticity to the romance in the movie.

CHRISTMAS IN PARIS has a strong moral worldview with a lot of talk about forgiveness and re-building family. There’s also a strong stance on how important family is and how letting go of anger and guilt can help bring estranged family members back together. There are, however, some light Romantic elements where Lucas feels so quickly that Robin is the one and wants them to be together forever. CHRISTMAS IN PARIS is a family-friendly television movie with little objectionable content.