A THIN LINE BETWEEN LOVE AND HATE 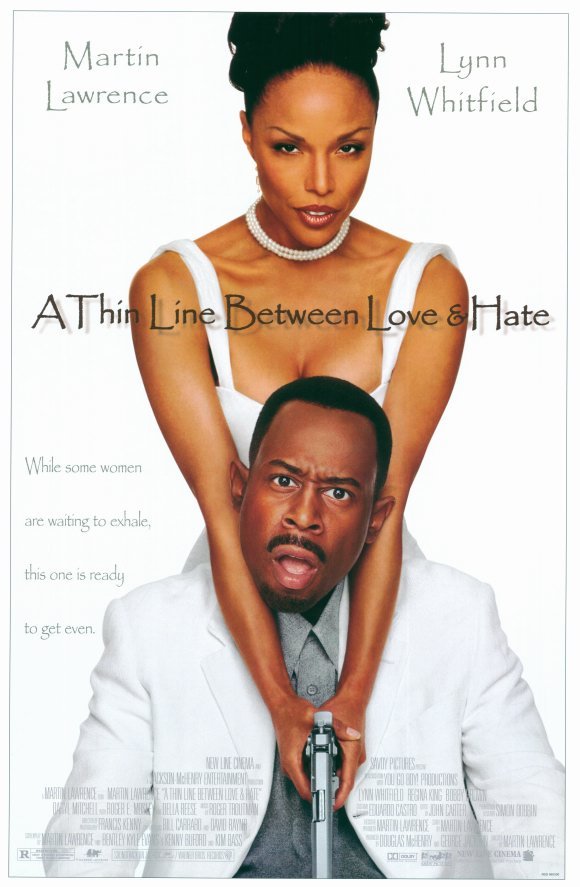 A THIN LINE BETWEEN LOVE AND HATE should be retitled A POOR MOVIE LIKE FATAL ATTRACTION IN THE HOOD. It stars TV's Martin Lawrence as a foul-mouthed, womanizing, cheat who gets stalked by a crazed woman he dropped after a night of casual sex. Although the movie shows the wages of sin, it is primarily a showcase for Martin's shallow appeal.

In A THIN LINE BETWEEN LOVE AND HATE, TV’s Martin Lawrence portrays a foul-mouthed, womanizing cheat who works at an erotic dance club called Chocolate City. One day, Darnell meets a very attractive woman, named Brandi Webb. Darnell makes every smooth move possible to win her love, while juggling his other flames, especially his estranged, true-love Mia. Darnell promises to love Brandi always, and he finally gets invited into her bed. Just before sex, Brandi whispers to Darnell that she killed her former husband for infidelity. Darnell stays in the sack, but looks for a way to get out of this relationship. When he tells Brandi it is over, she begins to exact vengeance on Darnell. At the climax, a group of people band together to ward off the psychotic moves of a very peeved Brandi.

This movie has three major flaws: it is a completely unoriginal rip-off of FATAL ATTRACTION; it has poor acting resulting from a very poor script; and, it is completely foul-mouthed and does nothing to shed the stereotypes of the jive-talking urban black. Della Reese plays Darnell’s mother, a Bible-believing Christian, yet her character is only minor. Designed to be a comedy vehicle for Lawrence, the movie is boring and repulsive. While there may be a thin line between love and hate, there is a definitive wall between right and wrong.