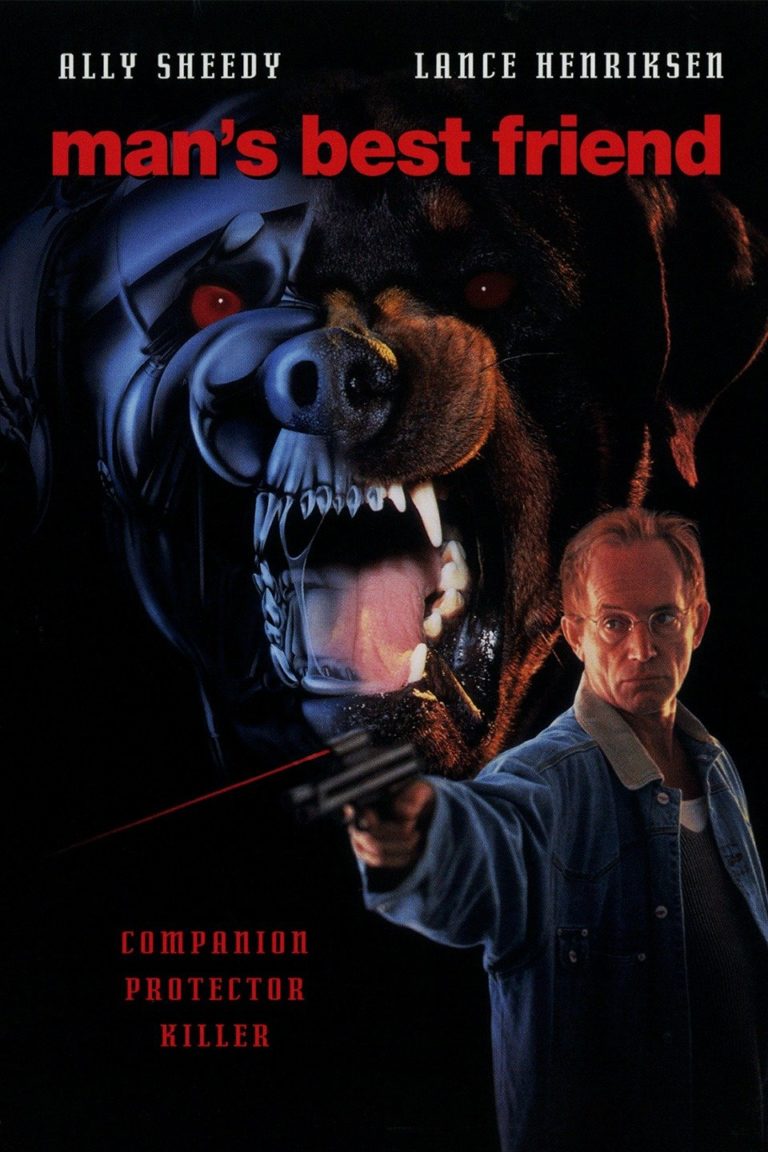 In the film MAN'S BEST FRIEND, a genetically altered dog escapes from the laboratory and becomes a dangerous threat to the people he encounters. Any person naturally scared of dogs will find this movie frightening, but for the most part, the movie is just plain boring.

(VV, LL, SS, E, PC) Multiple murders by dog; less than 25 obscenities & 3 profanities; no nudity but protagonist lives in a common-law relationship with lover--with scenes of sexual innuendo & one brief sex scene although nothing visible; and, a politically correct environmental message about an animal researcher who engages in genetic splicing to "create" a dog with physical characteristics of other predatory animals.

In the film MAN’S BEST FRIEND, Ally Sheedy plays Lori Tanner, a TV reporter in San Remo, California, who breaks into an animal research facility at night to investigate animal treatment. After concluding that the research facility is engaged in vivisection, she finds a great big lovable dog named Max caged and undergoing scientific research. Virtually by accident, Max ends up in their car as they flee the facility after being discovered. Dr. Jarrett of the research facility then sets off to recover the dog while he demonstrates signs of great stress. It seems that Max is actually “EMAX 3000,” a genetically spliced creation combining several physical characteristics from a variety of predators in order to make the ultimate guard dog. He can climb trees like a big African cat. The scientists had gene-spliced a little bit of bear into him presumably for “attitude” and to bulk him up. And, then, a little chameleon into him so he can blend into the woodwork–rather as in PREDATOR. Ultimately, Max kills several people outside the laboratory before being shot and killed.

MAN’S BEST FRIEND favors animal rights and has a strong politically correct message. If a person is naturally scared of dogs, the movie might have some fright potential, but for the most part, it is just plain boring.