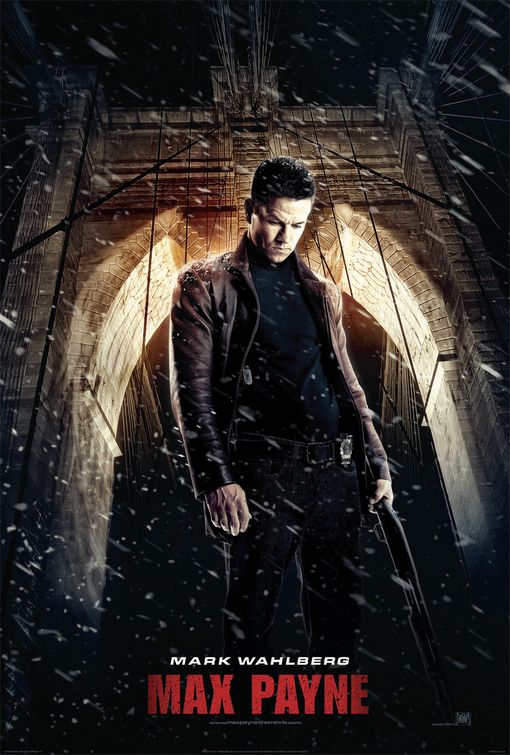 MAX PAYNE stars Mark Wahlberg as a maverick police detective determined to track down those responsible for the brutal murders of his wife and child. When a girl and his former partner are found murdered, Max becomes a suspect. Driven by revenge and the search for justice, his obsessive investigation takes him on a nightmare journey into a dark underworld with drug-induced visions of demons. As the mystery deepens, Max is forced to battle enemies that seem to be beyond the natural world as he faces an unthinkable betrayal.

The production quality of Max Payne is superb and has a great look visually and stylistically. The set, which reportedly took 8 months to build, brings the dark world of Max Payne to life. The acting is good, but the script leaves something to be desired. It contains loose ends and a dark, uninspiring hero. Besides the foul language and the revenge motif, the biggest problem with MAX PAYNE is its confused and vague pagan worldview. Not much is explained, including some cryptic statements about the Devil and God, and unresolved visions of darkness and light. Ultimately, MAX PAYNE offers little.

(PaPa, FR, Acap, Ab, B, LLL, VVV, S, NN, A, DD, MM) Strong slightly mixed pagan worldview with some false theological concepts from Norse mythology, including images of demons that appear during drug-induced hallucinations, plus corporate corruption, hero says that he believes in pain and death rather than Heaven in the beginning but at the end says, “I don’t know about Heaven but I do believe in angels,” and one man cryptically says that the Devil is gathering his army and that hero is trying to find something that God wants to stay hidden, but movie never resolves these supernatural allusions and ends with the policeman hero taking revenge; at least 21 obscenities (including one “f” word), nine strong profanities and two light profanities; very strong action violence (although not extremely graphic and very little blood shown) including disturbing dialogue, murder, a person hacked to pieces, fist fights, beating a person with a stick, man commits suicide by jumping from building, gun battles, shootings, and innocent man killed by police; a woman tries to seduce protagonist; brief partial female nudity, woman in provocative clothing then shown from behind only in underwear with slight glimpse of her breasts; light alcohol use shown in club scene; moderate drug use concerning an engineered serum that a user soon becomes addicted to; and, hero takes revenge at the end, hatred, betrayal, deceit, and scary images.

MAX PAYNE is a maverick cop determined to track down those responsible for the brutal murders of his wife, child and former partner. Driven by revenge and the search for justice to be done, his obsessive investigation takes him on a nightmare journey into a dark underworld. As the mystery deepens, Max is forced to battle enemies that seem to be beyond the natural world as he faces an unthinkable betrayal.

Director John Moore of BEHIND ENEMY LINES and FLIGHT OF THE PHOENIX brings a popular video game to life with MAX PAYNE. Enhanced with some fancy sets, striking effects and an impressive cast, the movie, especially the script, fails to deliver total satisfaction.

Detective Max Payne (played by Mark Wahlberg) lost his wife and child to murder. One of the murderers escaped and was never caught. This pushes Max into a downward spiral of depression, seclusion, anger, and an obsession for revenge. Although he is seeking justice and punishment for the criminal who got away, he is not motivated by a lawful conclusion to the matter. When a connection is finally made, between the brutal murder of a young woman and his wife, Payne is thrust into the dark underworld of drug use and with “following” an ancient Norse religious superstition. He suddenly finds himself surrounded by violence, suspicion, and a supernatural “atmosphere” he cannot understand. To complicate his life even further, his fellow police officers believe Max is the guilty party, and not the dark group with the mysterious wing tattoos.

The production quality of MAX PAYNE is superb and has a great look visually and stylistically. The set, which reportedly took eight months to build, brings the dark world of Payne to life. All the lead actors do an adequate job with their roles. The story is unique, but the script leaves something to be desired. The hero is so melancholy and angry over his wife’s death that it is hard to identify with him. There are no lengthy scenes of how well he related to his wife and baby that would help viewers sympathize with him when they die. There is little joy in the third act, therefore, when the movie finally reveals the bad guys to the hero. Finally, at the end, the hero takes revenge rather than justice.

The filmmakers unnecessarily fill their movie with 32 obscenities and profanities. These add nothing to the story and would have not been missed had they been omitted. There was also a needless moment of seeing a beautiful woman in her underwear trying to seduce Max. Also, a great deal of violence takes place between Max and the villains. The one positive note regarding the violence is that it was not very graphic and or bloody. Viewers don’t see the hero’s wife and baby get killed, nor do they see a character’s body dismembered.

Besides the foul language and the movie’s revenge motif, the biggest problem with MAX PAYNE is its confused and vague worldview. There are references to solider angels from Norse mythology, but viewers only see drug-induced hallucinations of dark flying angels or demons. In the beginning, Max says he believes in death and pain rather than Heaven, but at the end, after seeing visions of his wife and baby in the afterlife, he says, “I don’t know about Heaven but I do believe in angels.” This confusion will not inspire many viewers. Neither does the rest of MAX PAYNE.