MIDNIGHT IN THE GARDEN OF GOOD AND EVIL 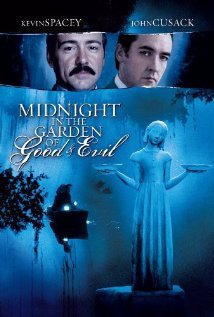 Tolerance for everyone but those opposed to the sexual “revolution” is one of the messages of director Clint Eastwood’s movie MIDNIGHT IN THE GARDEN OF GOOD AND EVIL, based on John Berendt’s docu-novel. The movie is set in Savannah, Georgia and tells about the true-life murder trial of Jim Williams, a wealthy antique dealer who shot and killed his bisexual male lover and employee. Starring Kevin Spacey, John Cusack and a transvestite actor named The Lady Chablis, who appears in women’s clothes throughout, the movie opens with a witty view of the eccentric social elite in Savannah. The wittiness gives way, however, to a barrage of crude jokes and innuendoes.

The movie’s pro-homosexual and pro-sexual promiscuity messages are supplemented by the message that truth and morality are relative. Such a philosophy is anti-biblical and contradictory (to say there is no absolute truth is to make an absolute statement about truth), but it has also become a self-serving cliché for a mindless age. MIDNIGHT IN THE GARDEN OF GOOD AND EVIL is an uneven piece of pro-homosexual propaganda that will offend the intellectual, moral and aesthetic sensibilities of people who believe in higher, more profound standards of truth, justice and beauty

Tolerance for everyone but those opposed to the continuing sexual “revolution” is one of the messages of director Clint Eastwood’s new movie MIDNIGHT IN THE GARDEN OF GOOD AND EVIL, based on John Berendt’s best-selling docu-novel. The movie is set in Savannah, Georgia and tells about the true-life murder trial of Jim Williams, a newly wealthy antique dealer, collector and restoration specialist who shot and killed his bisexual male lover and employee Billy Hanson, a violent-prone man from the poor side of town.

The movie opens quite promisingly with young magazine writer and novelist John Kelso (John Cusack), the only fictional character in the movie, coming from New York to cover Williams’ annual Christmas party, a huge social event. The opening scenes are extremely witty, well-written and well-acted as the young Yankee writer Kelso encounters the eccentric but charming and amusing Southerners, including the gentlemanly Williams (Kevin Spacey). The movie takes an intriguing twist when Williams is arrested for Billy’s murder after Kelso witnesses a bizarre violent encounter between the two men at the party (the sexual nature of their relationship is revealed later). Kelso decides to stay in Savannah to cover the trial and even agrees to give Williams and his lawyer Sonny Seiler (Jack Thompson) all the inside dope he uncovers if they agree to let him in on their legal maneuvering for a future book he will write. So far, so good.

The movie’s quality and morality take a turn for the worse, however, when Kelso meets the dead man’s former roommate, a homosexual transvestite, named Chablis Deveau, who is portrayed by The Lady Chablis, the only actor in the movie who plays himself/herself. Although the performance by The Lady Chablis is superb and may even garner an Oscar next year, his character consists mostly of crude sexual jokes and innuendoes. This seems to be the only reason why his character is in the movie, especially since the factual testimony he gives at the trial doesn’t seem to be that crucial to determining Williams’ guilt or innocence.

Like the rest of the perverted sexual content in the movie, the Chablis character just seems to represent another chance for Hollywood to sell the alleged benefits of homosexuality and sexual promiscuity and to bash those who disapprove of such things. In fact, several times during the trial scenes when unconventional sexual escapades are portrayed or mentioned, director Eastwood cuts very briefly to the scowling, disapproving faces of an old woman and a policeman. The effect of all this, especially the juvenile quality of the transvestite’s sexual jokes and innuendoes, is to undercut the witty, intelligent portions of the movie’s situations and dialogue.

MIDNIGHT IN THE GARDEN OF GOOD AND EVIL also suffers from a muddied conclusion to its central mystery: What really happened when Williams shot and killed Billy? Was it murder, self-defense or both? At one point, Williams changes his story when he talks privately with Kelso, but the visual depiction of his story in that scene doesn’t quite match what he is saying. Later, Kelso asks Williams what really happened. His question seems confusing in light of the dialogue from the earlier scene because, as far as Kelso should know, Williams has made a full confession to him. Other scenes in the movie as well as the movie’s final shot strongly suggest that the truth doesn’t really matter anyway because all truth is relative. As Williams tells Kelso, “Truth is in the eye of the beholder.” Such a philosophy is anti-biblical and contradictory (to say there is no absolute truth is to make an absolute statement about truth), but it has also become a self-serving cliché for a mindless age.

Overall, therefore, MIDNIGHT IN THE GARDEN OF GOOD AND EVIL offers no new revelations about the human condition. It is an uneven and often crude piece of propaganda that will offend the intellectual, moral and aesthetic sensibilities of people who believe in higher, more profound standards of truth, goodness, justice, and beauty.