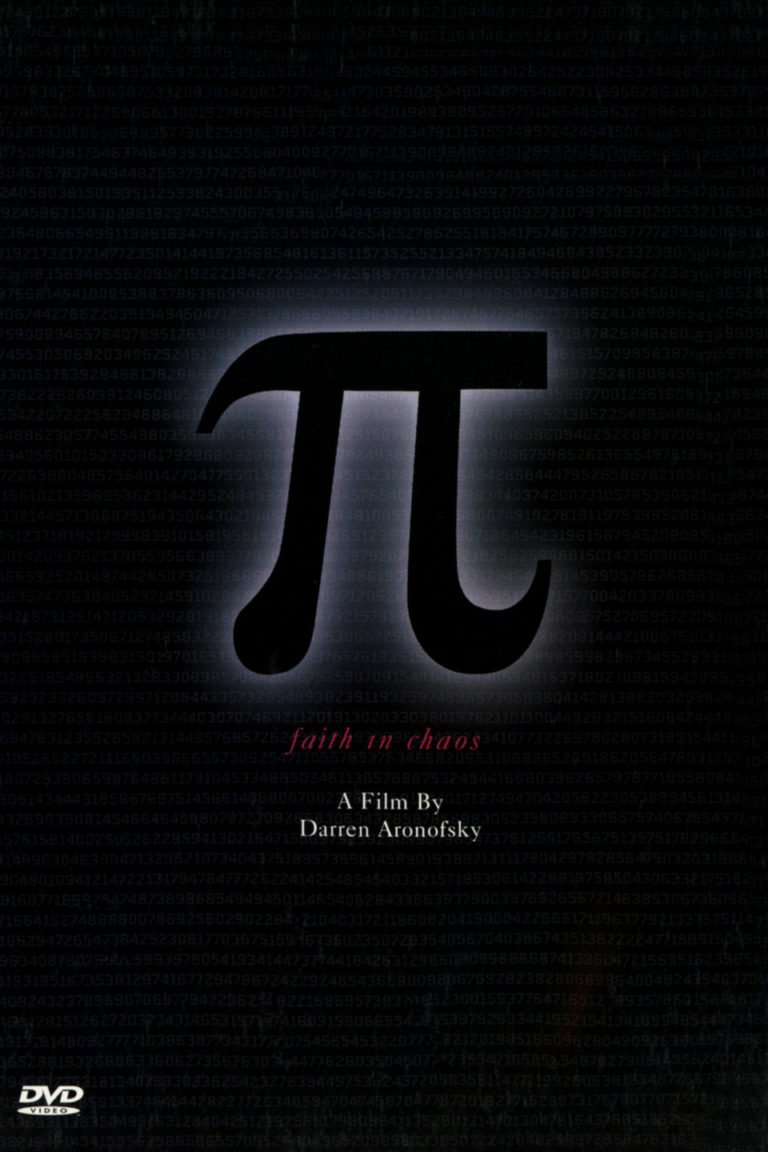 In PI, Max Cohen searches for order in the chaotic patterns of the stock market. His obsessive search is disturbed by stock market analysts, Jewish religious zealots and severe headaches. Containing some brief but severe violence, moderate foul language use and lots of obsessive behavior, this movie is a pagan look at searching for order in a seemingly chaotic world.

Order and Chaos. Is the world a finely tuned and orderly creation? Or is it totally random and out of control? Perhaps there is a third option of patterns in the chaos? If man can understand the pattern, then nature can be understood and predicted.

This is the world of a brilliant mathematician, Maximilian Cohen (Sean Gullette), in PI, a low-budget thriller with a no-name cast. Max is trying to find patterns in the chaos of the stock market. This is his life obsession, which he devotes endless days and nights in an attempt to understand it with an insomniac’s frenzy. His goal is not financial success but to understand that which no one else is able to understand.

As he pursues this goal, he is continually harassed by stock market firms which want to use his knowledge for their own gain, and Jewish Cabalists who seek to use his ability to decipher patterns in their attempt to understand the hidden meaning within the Torah – a timely subject matter with the publication of the Bible Code. All the while, his body is wracked with headaches, bringing his body into convulsions and compelling him to dull the pain through drug use.

Christians know that there is order in the Universe as designed by God. They can also praise the works of the Creator and revel in His handy work. We all can rest in the fact that the sun will rise again every day and that gravity continues to work, etc. We can take peace in God’s order. Without recognizing the existence of God or His grand design, Max plugs away at finding order. Perhaps, he is looking for God, but without the assumption that the universe was given order by its designer, his search is fruitless.

The movie’s $60,000 budget is clearly evident. In order to create a feature for even this small amount, the actors worked for deferred compensation and a percentage of the profits. The movie is shot on black and white film which emphasizes the stark nature of the protagonist’s existence. Supporting cast members also add freakazoid intensity. The director is able to convey feelings of horror, distress and exuberance through excellent acting and ingenious camera angles. It is a low-budget ALTERED STATES or JACOB’S LADDER.

Darren Aronofsky won the best director award at the Sundance Film Festival for PI, and so this picture will be a must see for those interested in low-budget, independent cutting-edge filmmaking. The general public may wish to pass, but it also holds interest for mathematics whizzes and Bible Code enthusiasts. It is a perfect demonstration of the creativity that can be achieved in low-budget film.