"What Is a Person’s Life Worth?" 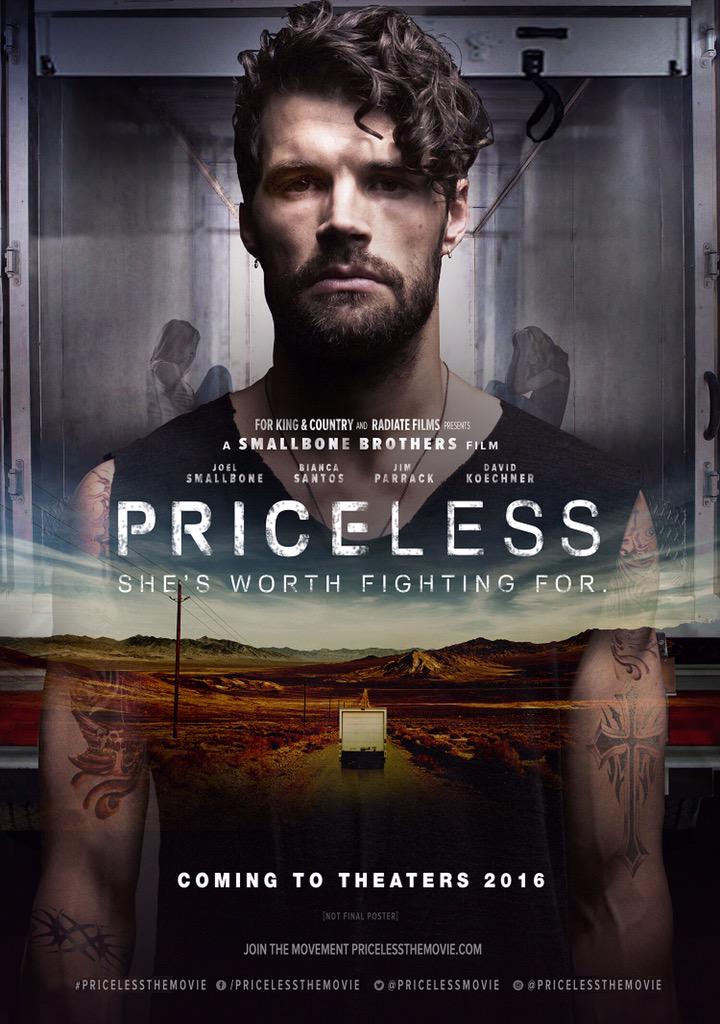 PRICELESS exposes the evils and harsh realities of the sex trade. James Stevens has gotten in some trouble in the past and will do anything for money at this point. So, he agrees to drive a truck, not knowing what it contains. James finds two young women in the truck and brings them up front. Still not knowing what’s happening, he drops off the truck and the women at a motel. Some men come to pick them up, and James finally realizes they’re being sold into the sex trade. Working with another local motel owner, James tries to stop the men and return the women to safety.

PRICELESS is a compelling, dramatic movie, with a strong Christian worldview. Showing the evils of the sex trade, it has a subtle but prominent evangelistic tone. It says everyone has value, because we’re made in God’s image. The acting is well done. However, PRICELESS is an artistic movie with realistic dialogue and deliberate action. This makes for a slow pace, with little dialogue and some unnecessary flashbacks. Despite this, PRICELESS is entertaining, suspenseful and inspiring.

(CC, BB, VV, S, AA) Strong Christian worldview displays God’s love, has one character witnessing to another character, and shows the pain of sin, plus elements of repentance and sacrifice; no obscenities or profanities; some strong violence includes man hits another man in bar, man knocks out man and steals his gun, man beaten by villain, and a man is shot and killed; sex trade is implied and there’s implied fornication; no nudity; some drinking and drunkenness; no smoking or drug use; and, nothing else objectionable.

PRICELESS tells what happens when a truck driver drives a truck all night for money, not knowing it contains human cargo for sale. PRICELESS is a compelling dramatic movie, with a strong Christian worldview, that exposes the harsh realities and evils of the sex trade.

James Stevens has gotten in some trouble in the past and will do anything for money. So, he agrees to drive a truck, not knowing what it contains. Swerving off the road after almost falling asleep at the wheel, he decides to check the truck to see if the contents are okay. James finds two women in the back of the truck, Antonia and Maria. He tells them they can come sit in front with him.

After James buys them some food, they open up and tell him that they are going to be maids to repay their father’s debt. He tells them he has a daughter he loves.

Arriving at the location where he’s supposed to drop off the truck, two men meet him in a black van full of other woman. They talk to Antonia and Maria and give James his money. However, James finally realizes the women are being sold into the sex trade, and he helped. He talks to the motel owner, but he too is assisting in this.

At the next motel, the owner, Dale, tells James to leave right away, and he wont put up with that type of thing at his motel. James admits to Dale he didn’t realize what was happening, but he would like to make it right.

During this time, Dale is able to witness to James about God’s love. James and Dale decide to take down the evil sex traffickers abusing these women. This puts their lives in great danger, but they’re willing to risk their lives in order to get the women out of this horrible industry.

PRICELESS has a strong Christian worldview. The movie has a subtle but prominent witnessing undertone. James is convicted to do the right thing and fight for the women even though it’s very dangerous. PRICELESS makes a point that every person’s worth is priceless because we’re all made in the image of God.

The cinematography in PRICELESS is well done, as is the acting. However, the filmmakers have tried to make an artistic movie with a particular look, realistic dialogue and a deliberate pace. This makes for some slow going, with little dialogue and some unnecessary flashbacks. Despite this, PRICELESS is entertaining, suspenseful and inspiring.