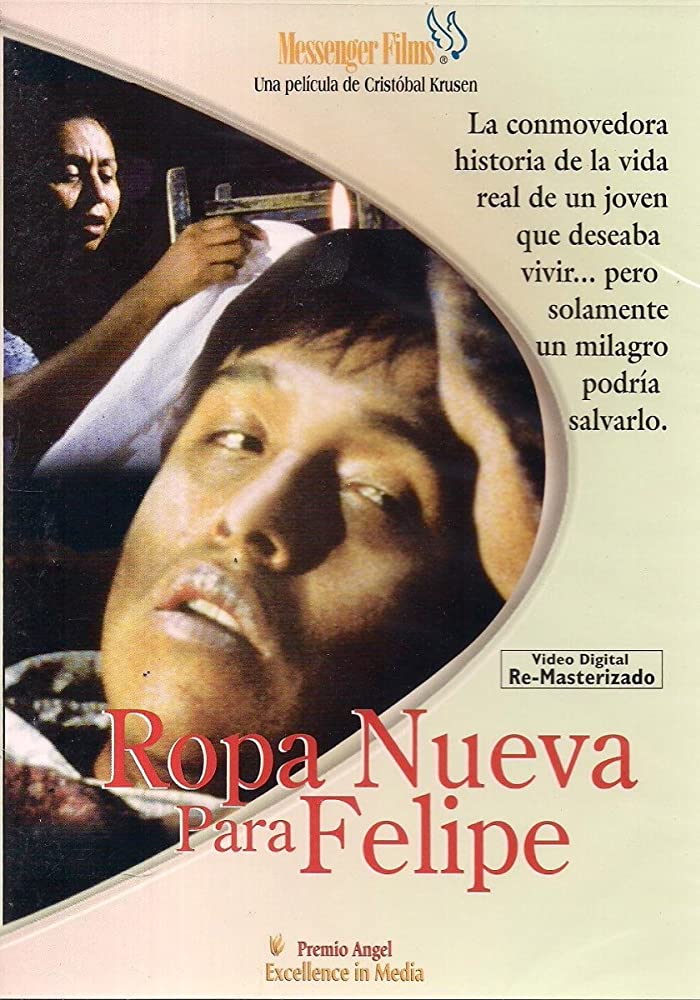 NEW CLOTHES FOR FELIPE is an extraordinary tale of a Mexican boy's fight for life. When Felipe gets beat up by some robbers, he becomes terminally ill. After he tries modern medicine and witch doctors, he comes to Christ who heals and saves him. In Spanish with or without English sub-titles, this true story is a good picture for evangelism among Latin Americans.

NEW CLOTHES FOR FELIPE is about a poor Mexican boy who wanders into unfriendly territory while sheep herding. When a group of robbers steal Felipe’s sheep, they beat him almost to death. Dirt poor, his family can do nothing to help him. Six years after the beating, Felipe’s mother takes him to a medical doctor. The doctor says he has stomach ulcers and will soon die. In a desperate attempt to save their son, Felipe’s parents resort to local witch doctors. This does nothing for Felipe’s condition. Accepting her son’s imminent death, Felipe’s mother spends the last of their savings on a new set of gleaming white clothes for his burial. On his deathbed, Felipe cries out to Jesus Christ. Felipe is healed and, in the end, gets to wear his new clothes after all as a testimony to his new found faith.

This film is a great testimony of how the Lord can work in a persons spiritual and physical life. Because it is a true story, it is difficult to reject its claims. If a viewer struggles with a personal sickness or problem, he is encouraged to seek Jesus Christ for help. This movie, while low-budget, sets an exemplary standard. It is wholesome, entertaining and provides a morally meaningful story.