THE CHRONICLES OF NARNIA: THE LION, THE WITCH, AND THE WARDROBE 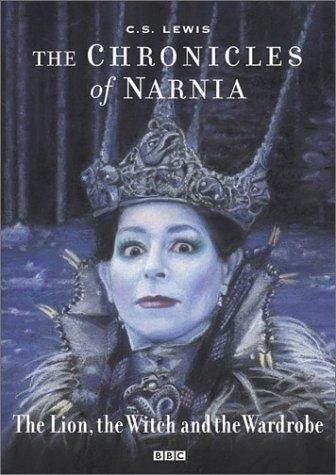 The imaginative BBC production of C.S. Lewis' THE CHRONICLES OF NARNA: THE LION, THE WITCH, AND THE WARDROBE brings the first installment of this Christian allegorical tale to the TV screen as a live action costume drama. Powerful Christian symbolism combined with excellent costumes and special effects revives this classical allegory in an entertaining and wholesome way.

(C) An allegory to explain the redemptive death and resurrection Jesus Christ. An emphasis on magic as an allegorical device to explain God's law.

The imaginative BBC production of C.S. Lewis’ THE LION, THE WITCH AND THE WARDROBE brings the first installment of this Christian allegorical tale to the TV screen as a live action drama. The story begins as Lucy, Edmund, Peter, and Susan discover the magical Kingdom of Narnia. Populated by fauns, centaurs and talking animals, Narnia is held in thrall by the evil White Witch. The inhabitants of Narnia await the return of their rightful ruler, the lion Aslan, who will restore Narnia and rule with justice. Under the witch’s deception is Edmund. Unknown to Edmund, she plans to turn them all into stone to prevent the fulfillment of the prophecy that four humans would inaugurate the return of Aslan. When the others deduce that Edmund has been deceived, they set out to find Aslan.

Powerful Christian symbolism is prominent in much of this story. Furthermore, the costumes and special effects in this production are very effective. Regrettably, however, the combination of live action and animation tends to detract from the quality of the program. Even so, THE LION, THE WITCH, AND THE WARDROBE revives the Lewis’ allegory in a powerful, entertaining and wholesome way.

Rent or Buy THE CHRONICLES OF NARNIA: THE LION, THE WITCH, AND THE WARDROBE:

Producer: Alan Seymour BASED ON THE NOVEL BY: C.S. Lewis