THE JOURNEY OF AUGUST KING 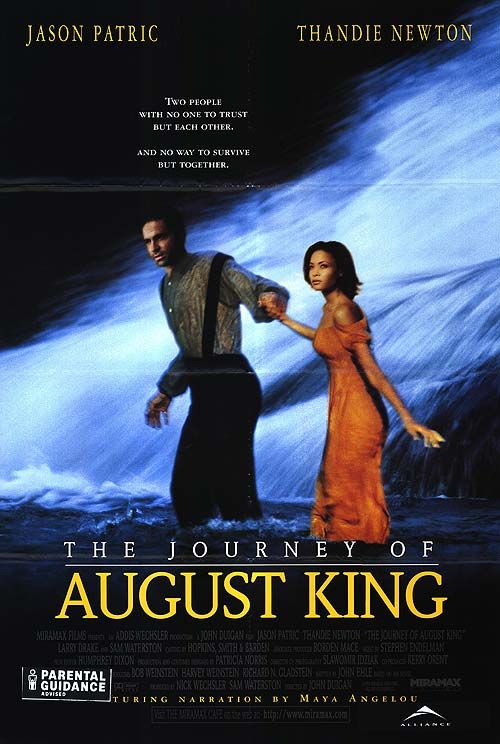 THE JOURNEY OF AUGUST KING tells the story of a young landowner who secretly helps a runaway slave girl escape to freedom in the North. In getting her to freedom, he looses all, but gains great satisfaction. This moral tale demonstrates the virtue of sacrificing oneself for another.

THE JOURNEY OF AUGUST KING tells the story of a young landowner who secretly smuggles a runaway slave to freedom in the North in the early 1800’s. Heading home from market in his covered wagon, August King encounters a determined slave owner, Olaf Singletary, on the lookout for his prized house slave named Annalees Williamsburg. When August goes to a creek, he discovers Annalees hiding underwater. She asks him to help her get to the North. The next morning when trouble arises, August agrees to help Annalees, and together they begin to encounter great challenges. On the journey, he looses all his animals, his wagon and his home. With Annalees close to freedom August concludes saying, “I have lost everything, but I never have been so proud.”

The storyline of this movie is simple and straightforward. Jason Patric performs his role as August King with dignity and precision. The photography and art direction are exemplary, capturing the time frame perfectly. We discover that August was extremely faithful to his wife and that he reads the Bible. Also, at a time when he could have taken sexual advantage of Annalees, he does not. Furthermore, August is willing to pay the price for his actions. The movie shows people helping people out of Christian compassion and demonstrates the biblical virtue of laying down your life for another.

Rent or Buy THE JOURNEY OF AUGUST KING: