"Could Have Been Better and More Family Friendly" 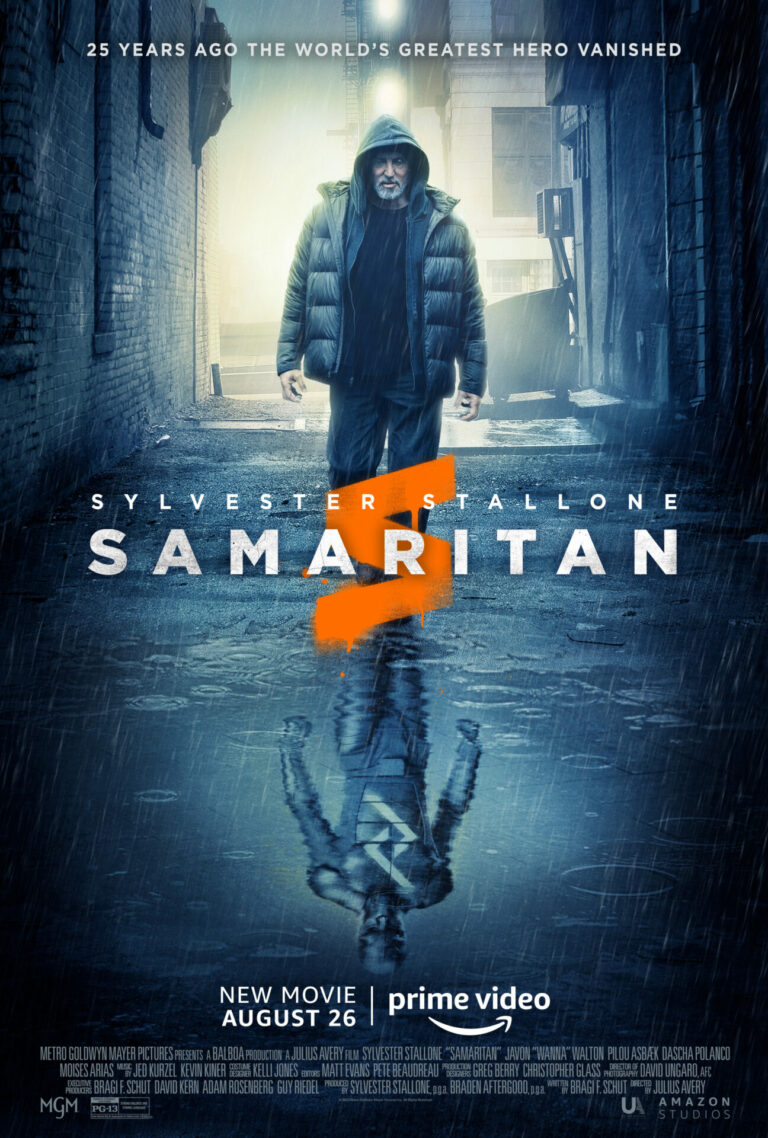 SAMARITAN is a superhero movie on Amazon Prime starring Sylvester Stallone. Sam is the 13-year-old son of a single mom in Granite City, a gritty metropolis that exists in a comic-book America. Sam thinks a mysterious loner named Joe living in Sam’s apartment complex is a missing superhero. Joe denies Sam’s theory but becomes a mentor to Sam when his mother asks him to guide Sam after Sam gets involved in a store robbery with some thugs. Eventually, some new bad guys appear.

SAMARITAN has its heart in the right place, as it features solid life lessons and a tale of redemption. However, the movie sometimes veers off track with heavy-handed dialogue and by substituting violence for plot development in the second half. It features strong performances by Sylvester Stallone as Joe and Javon “Wanna” Walton as the young boy. Their thoughtful moments, where Joe seeks redemption for past evil while teaching Sam some positive lessons, win out over the choppy plot, hammy villains and poorly written dialogue. However, the sometimes-relentless action violence and gratuitous foul language in SAMARITAN warrant extreme caution.

(BB, C, LL, VV, A, MM):
Dominant Worldview and Other Worldview Content/Elements:
Strong moral, slightly redemptive worldview in heroic story of a superpowered man seeking redemption by making amends for his evil past while becoming a fatherly figure to a young boy, and movie also depicts other villains gleefully engaged in mayhem but eventually are brought to justice, SAMARITAN teaches do the right thing to the boy and trying to avoid fighting to solve problems
Foul Language:
18 obscenities (including one “f” word) and two GD profanities
Violence:
Frequent shooting, punching, kicking, and throwing people in superhero-style violence that is relentless at points, a group of thugs hit and run a man with a car (he has multiple fractures, but he manages to restore himself by putting his bones back in place), a thug is seen about to smash a young boy’s hand with a tire iron though the actual act is offscreen, a policeman is killed when a villain puts an explosive in front of him, and looting and mayhem occur across a city after a villain urges the citizens to have a “revolution”
Sex:
No sex
Nudity:
A shirtless man’s back is seen, revealing large burn scars
Alcohol Use:
Two men in the background drink beer Smoking and Drugs: No smoking or drugs; and,
Miscellaneous Immorality:
Boy lies to his mother on two occasions, and a gang of thugs lure the boy into helping them commit a store robbery.

SAMARITAN is a superhero movie on Amazon Prime about a mysterious old loner who befriends and becomes a father figure to a middle school aged boy who believes the man is a long-missing superhero. SAMARITAN features strong performances by Sylvester Stallone as the older man and Javon “Wanna” Walton as the young boy, with thoughtful moments where the older man seeks redemption for his past evil ways while he teaches the boy some nice life lessons, but the sometimes-relentless action and gratuitous foul language in SAMARITAN warrant extreme caution.

Sam is a middle-school kid living with his single mom in gritty Granite City, a metropolis that exists in a comic-book-style version of America. Sam opens the movie narrating animated flashbacks about the past, when the city was beset by two powerful brothers known as Samaritan and Nemesis, who had superstrength that Samaritan used for good while Nemesis engaged in crime and evil.

The two super-brothers finally had a showdown in which Samaritan triumphed over Nemesis, who fell to his death, but the factory they were fighting in exploded, leaving the city to believe that Samaritan had been killed as well. For the 25 years since then, many have believed that Samaritan actually survived and went into hiding; and, young Sam has become obsessed with finding him.

When Sam meets a mysterious loner named Joe who lives in his apartment complex, he’s convinced the man’s imposing figure and stoicism means he’s hiding his superhero past. Joe denies the theory but becomes a mentor to Sam after Sam’s mother asks Joe to step in and guide her son after Sam gets involved in a store robbery with a group of thugs.

However, the city’s current villainous leader, Cyrus (Pilon Asbaek), tries to lure Sam into further wrongdoing with a much-needed bribe. When Joe steps in to save Sam from a beatdown by the thugs with some impressive fighting skills, he draws the ire of Cyrus.

Cyrus has his own nefarious plans, as he and his gang have stolen Nemesis’ steel mask and evil-powered hammer from police evidence. Wearing the mask and wielding the hammer, Cyrus wants to launch a revolution of mayhem and take down the nation’s power grid.

Can Joe manage to save the day, guiding Sam to a better way of life while sparing Granite City a dangerous blackout? Will he be able to make peace with his own tortured past?

SAMARITAN has its heart in the right place, as it features solid life lessons and a tale of redemption. However, it sometimes veers off track with heavy-handed dialogue and by often substituting violence for plot development in the second half. Cyrus and his assortment of thugs are acted in hammy fashion. Also, some impressive fight sequences are mixed with some fights that look like they were made for the cheap 1990s children’s show MIGHTY MORPHIN’ POWER RANGERS.

There is also a very surprising plot twist near the end that seems written just to stun viewers, even as it winds up at odds with much of the plot logic in the rest of the movie. Overall, though, it’s fun to see Stallone flex his muscles while acknowledging the fact he’s older now, and SAMARITAN is rousing enough for action and superhero fans looking for an enjoyable couple of hours viewing at home. However, the sometimes-relentless action violence and gratuitous foul language in SAMARITAN warrant extreme caution. SAMARITAN would have been better and more family friendly without this edgy content.