"Rejoice That Your Names Are Written in Heaven" 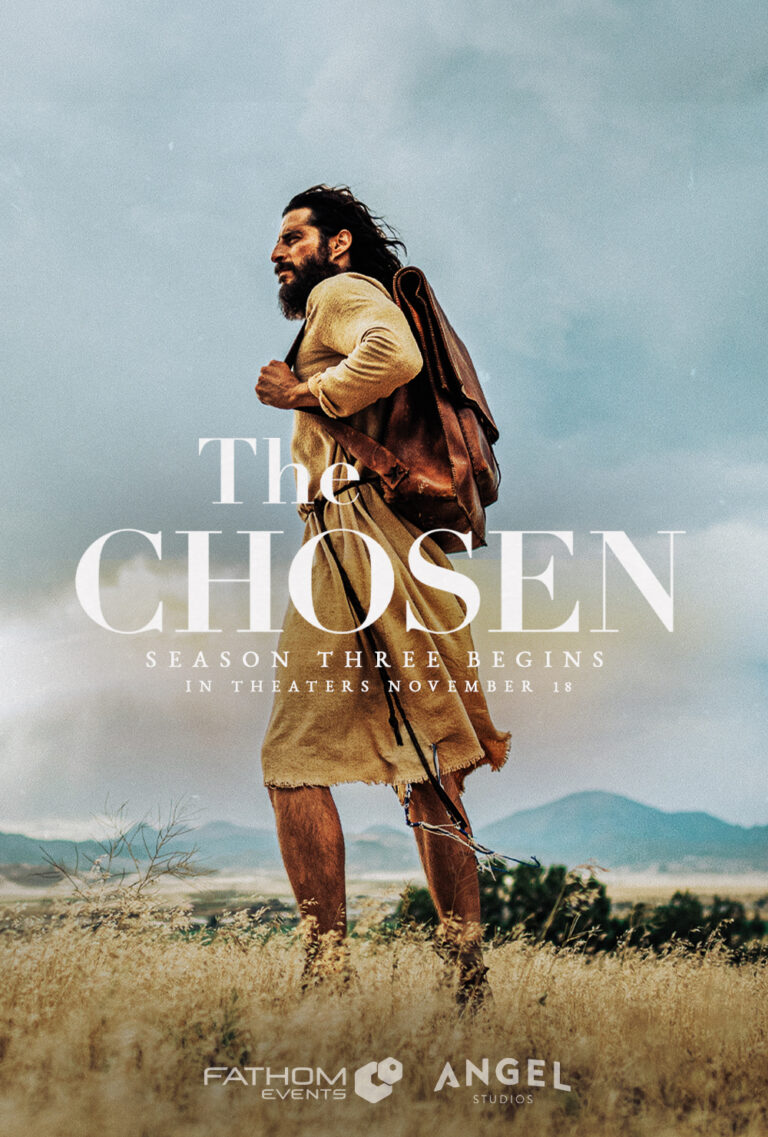 THE CHOSEN, Season Three, Episode 4, opens with Jesus sending out his disciples to heal the sick, cast out demons, and preach the Kingdom of God. Meanwhile, religious and political developments occur regarding the Jesus and his followers, the Sanhedrin tribunal in Jerusalem and Roman government. Finally, conflict occurs between Peter and his wife, and a key biblical character is introduced.

Production values in Episode 4, Season 3, of THE CHOSEN remain top notch. The episode seems historically and biblically accurate. Also, the storytelling is engaging, effective and smooth, with good character development. The worldview in this episode remains solidly Christocentric and biblical. The disciples begin to understand the great difference between what people tend to rejoice over, and what Jesus calls his saints to rejoice over in Luke 10:20 – namely, the fact that their names are written in Heaven. This is an excellent biblical reference full of meaning and purpose. There is a disturbing scene, however, where a bird is dissected and images of many bloody rags being carried. Otherwise, Season 3, Episode 4 of THE CHOSEN remains exemplary when it comes to objectionable content.

(CCC, BBB, VV, A, M):
Dominant Worldview and Other Worldview Content/Elements:
Very strong Christian, biblical worldview
Foul Language:
No foul language
Violence:
A man cuts open a dead bird and removes its entrails and blood is shown on some rags
Sex:
No sex, although it’s implied a husband and wife are having marital problems, and they make it clear that they have not performed the marriage act in a while
Nudity:
No nudity
Alcohol Use:
A Roman soldier drinks from a flask, and a man calls him drunk although he doesn’t appear to be drunk
Smoking and/or Drug Use and Abuse:
No smoking or drugs; and,
Miscellaneous Immorality:
Nothing else objectionable.

In THE CHOSEN, Season Three, Episode 4, Jesus sends out his disciples to heal the sick, cast out demons and preach the Kingdom of God. Amazed at the power they have been given, they gather at Peter’s house to debrief and lay further plans. This causes a bit of a disturbance in the marital peace of Peter and his wife, Eden, whose house is a popular waypoint for Jesus and his now many followers and leads to some tension between teacher and disciple.

Eden, feeling somewhat neglected, leaves home to go to an out of the way well for water since the town’s well is contaminated. On the way, Eden meets a woman who takes her to a secret spring and eventually reveals to Eden she has a rare malady that makes it difficult to live a normal life in her time and place.

Meanwhile, the members of the Sanhedrin, the ruling Jewish tribunal in Jerusalem, are largely opposed to Jesus and his followers. They make this clear with an edict, although there are a few members who agree with the convictions of Nicodemus, who accepts Jesus. This leads to the third main plot thread in the episode.

Jairus has come to believe in Jesus and is thus involved with proving to himself and others that Jesus is the long-awaited Messiah. When his daughter begins experiencing pain and is carried to bed, he begins to seek a physician, unaware that only one physician will do.

Production values remain high in Episode 4. The aesthetics of desert, sand and home in Ancient Israel remain historically accurate and demonstrate the rawness of characters’ external experience. The series’ narrative is artfully woven from the friction of man and wife and teacher and disciple. The narrative grows into the wonder of the 12 apostles regarding their leader, mission and the power they have been given. The interplay of the religious and political forces in the triangle of Jesus and His followers, the Sanhedrin and the Roman government is well drawn and the emergence of a key character from the Gospels is introduced very well. The storytelling is engaging, and the narrative structure moves well and smoothly, offering good character development along the way.

The worldview in this episode remains solidly Christocentric and biblical. Here, the disciples begin to understand the great difference between what people tend to rejoice over, and what Jesus calls his saints to rejoice over – namely, the fact that their names are written in heaven (Luke 10:20). Besides a rather disgusting scene where a bird is dissected, the sight of many bloody rags being carried, and a Roman soldier drinking from a flask, the show remains exemplary as far as objectionable content is concerned.