"Sobering Look into the Life of an Alcoholic" 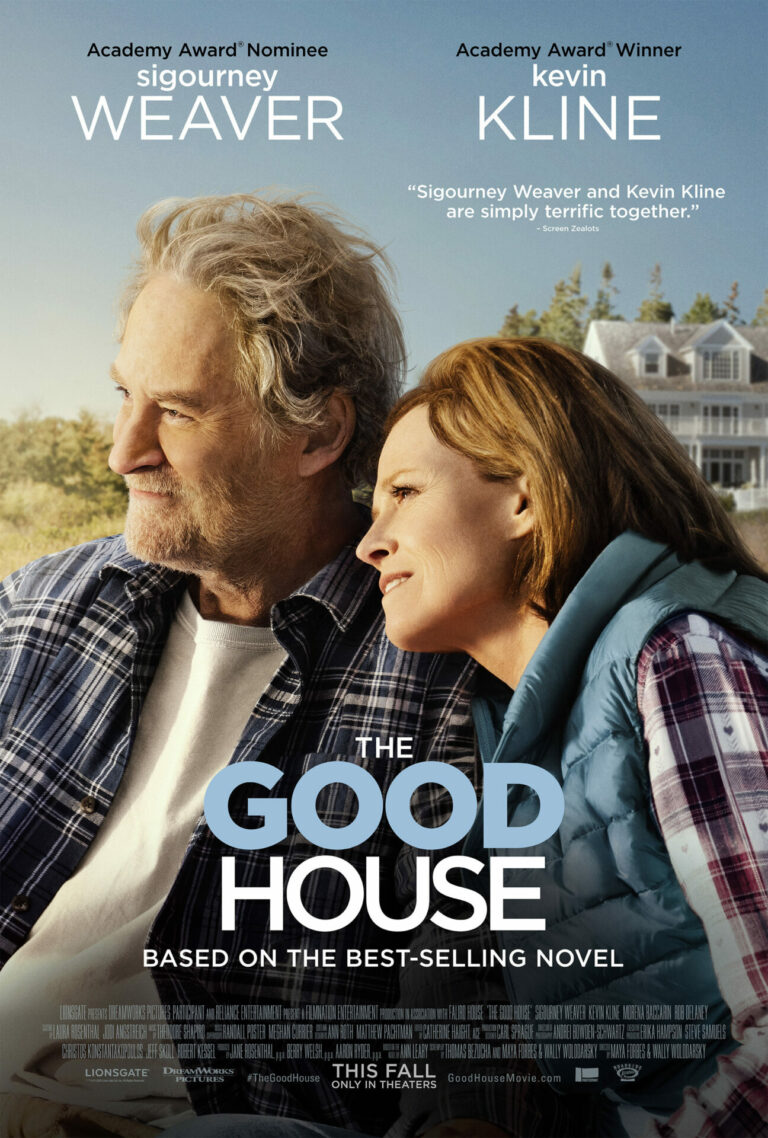 THE GOOD HOUSE follows the life of a New England realtor named Hildy Good, who begins to unravel when she reignites a romantic flame with a past love. Based on a book by Ann Leary, THE GOOD HOUSE takes a dive into the life of an alcoholic and how it affects everyone around them. Despite Hildy’s efforts to stay sober, circumstances seem to drag her back into her addiction. Will Hildy recognize her problem and accept the help of those who support her? Or, will she continue to hurt everyone around her?

THE GOOD HOUSE speaks to the many dangers of alcohol addiction, but it ends on a positive note of hope. This moral theme is marred by strong foul language and sexual promiscuity, though. There’s also mention of Hildy’s husband divorcing her to pursue a homosexual relationship with another man, an immoral relationship that comes up often. The acting in THE GOOD HOUSE is engaging, and the story culminates in a powerful scene. However, MOVIEGUIDE® advises extreme caution due to the movie’s immoral behavior, alcohol abuse and other pagan elements.

(B, PaPa, HoHo, LL, V, SS, NN, AA, D, MM):
Dominant Worldview and Other Worldview Content/Elements:
Light moral worldview about the dangers of addiction and the importance of honesty and confession, marred by pagan elements that simply accept that life is messy instead of pursuing goodness and that also include mentions of the female lead’s husband divorcing her to pursue a homosexual relationship with another man
Foul Language:
Eight obscenities (including two “f” words) and seven profanities (including a GD profanity)
Violence:
Flashbacks reveal a mother commits suicide (movie shows her dead body, but the suicide itself is not seen, and the dead body is not graphic), a man commits suicide off screen, and woman has a cracked windshield, and at first it’s unclear if she hit a person or not
Sex:
Strong sexual content overall includes a man and woman fornicate (their bodies are concealed under the bed covers), a woman has an affair, and a man divorces his wife to “marry” another man
Nudity:
A woman swims naked in public (her back and partial frontal nudity can be seen briefly), a man and woman are seen naked in a bed, upper male and female nudity are shown but are not graphic and hidden from view, and a woman wears revealing clothing in some scenes
Alcohol Use:
Story revolves around alcoholism, and so alcohol and drunkenness are throughout the movie and can be disturbing, but this serves the story and isn’t celebrated, plus several scenes depict drunk driving
Smoking and/or Drug Use and Abuse:
Some smoking, no drugs;
Miscellaneous Immorality:
One of the more jarring things is the female lead’s habitual lying (she lies to those closest to her until eventually she snaps and asks for help).

THE GOOD HOUSE is a dramatic comedy based on the book by Ann Leary about a female alcoholic who has problems staying sober.

Hildy Good is a realtor in an affluent New England neighborhood. While she once was the first choice of realtor in the town, Hildy’s business slows as fewer people are moving to the town and her competitors are stealing clients.

Hildy also supports her two daughters, who often look to her for financial support. After lining up a sale, Hildy calls her daughters and lets them know she can help them with some extra money.

The movie quickly reveals that tensions were recently high among the Goods, after Hildy’s ex-husband and daughters confronted her about her alcohol addiction. The movie is entirely told from Hildy’s viewpoint, however, and the audience soon realizes Hildy is struggling to stay sober.

Hildy must lie on several occasions and hides a case of wine at her home. Hildy breaks her vow of sobriety whenever she closes a sale or has reason to celebrate. Hildy also finds a drinking partner in one of her previous clients, Rebecca. Hildy and Rebecca bond over their past experiences with unfaithful partners.

Because the movie is from Hildy’s perspective, her self-denial becomes more apparent to the audience and those around her in the movie. She begins to justify her actions but at the same time becomes dissociated from her loved ones and falls back into her alcoholism with reckless abandon.

However, things become personal after she reignites an old flame with a handyman named Frank Getchell. Hildy and Frank knew each other in high school and start to see one another. However, when Hildy’s habits with alcohol jeopardize several friends in the town, Hildy is hit with the reality she can’t control her addiction.

The overall message of THE GOOD HOUSE is to learn to ask for help. However, it doesn’t shy away from diving into the depravity that takes place whenever people are unwilling to seek help. While the movie claims that it is a comedy, the movie focuses more on alcoholism and its consequences.

THE GOOD HOUSE speaks to the many dangers of an alcohol addiction but ends on a note of hope. The acting is engaging, and the story culminates in a powerful scene. However, this moral theme is marred by some strong foul language and sexual promiscuity. Also, Hildy’s husband divorced her to pursue a homosexual relationship with another man, which comes up often. However, MOVIEGUIDE® advises extreme caution because of the immoral behavior and pagan elements in THE GOOD HOUSE. Though the movie ends on a hopeful note, it could disturb some viewers if they have a traumatic connection to alcoholism or alcohol abuse.