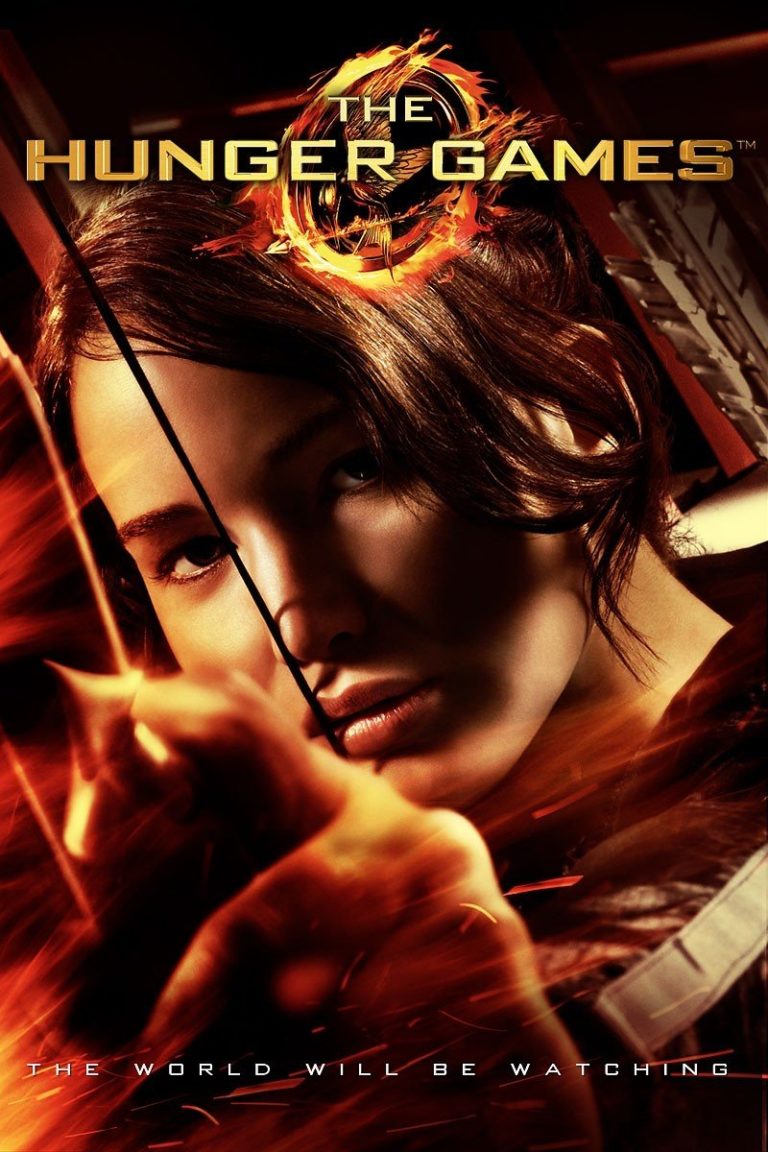 THE HUNGER GAMES takes place in a Godless futuristic world. The society throws its older children into a large but confined area to kill each other while people watch for entertainment. Katniss Everdeen lives in this oppressive, post-apocalyptic society in a very poor district. The day comes when the dictatorial government pulls one girl and one boy from each district to fight and kill. Though her younger sister is chosen, Katniss volunteers to replace her. Katniss is immediately taken away to train for the games. Can she use her hunting skills to survive?

(HH, Ro, B, ACAC, Ho, L, VVV, S, N, AA, MM) Strong but not extremely explicit or very overt humanist worldview with some Romantic elements, plus light moral elements such as protagonist protects her younger sister, some strong elements suggesting opposition to totalitarian dictatorship, and some homosexual and cross-dressing implications where men in a large city wear makeup and gaudy outfits and a minor character acts effeminately; three profanities and five obscenities; very strong violence includes children kill children with knives, swords, bows and arrows, not always shown but with blood implied, girl is burned, youngest child is killed by bow stabbing right through her, adults get into fights and destroy buildings, mutated dogs eat boy, girl beaten against wall, and girls fight and one gets slashed on cheek; no sex scenes but some kissing and kissing on cheek, plus some homosexual cross-dressing where men of large city are in makeup and gaudy outfits; no nudity; drinking and drunkenness; no smoking or drugs, but bug stings girl and she hallucinates for two days; and, dysfunctional family implied as mother has left children and father is not alive, lying, mentor for children is an alcoholic, government plays propaganda, and a dictatorship but it’s implicitly rebuked though not strongly enough.

THE HUNGER GAMES portrays a godless world that throws its children and teenagers into a large but confined arena to kill each other as the society watches. THE HUNGER GAMES has a strong humanist worldview with violence that no child should see.

Katniss Everdeen lives in a suppressed society in a very poor district. The day has come when the dictatorial government pulls one girl and one boy from each district to fight and kill each other for entertainment. Katniss’ sister, Primrose, has turned 12, meaning this is the first year she will be entered into the games. Primrose has a dread fear and wretched dreams that she will be picked. When the day comes, she is picked.

Wanting to protect her young, innocent sister, Katniss takes her spot. She volunteers to be part of the games, something that no one has ever done before this.

Pretending to be confident, Katniss tells her sister she will even win the competition, something exceptionally challenging. Katniss has always had to take care of her sister, feed and love her. So, she has learned how to be a great hunter, which gives her district some confidence in her. Picked alongside Katniss is Peeta Mellark. Peeta is exceptionally strong, but still seen as an underdog.

Immediately, the government takes Katniss and Peeta to train for the games. Although the people of district have very little to nothing, the society and government have spent almost everything on these games. What’s worse, everyone is interested in watching children fight and kill each other.

Arriving in a huge city to train, Katniss and Peeta make an entrance as men watch with elaborate gaudy makeup and women with multicolored bright hair cheer. Gaining the attention of the people, Katniss ranks high on the scale of competitors.

As the competition gets under way, the children are put into a simulated forest with sharp swords, mines, and bows and arrows. The instant the children are released to start the game, multiple “contestants” are slaughtered by the others. Katniss is able to run and hide but it is not long before a group comes along and tries to kill her. Able to make friends with one of the youngest competitors, Rue, Katniss is saved. They both decide and scheme on how to hurt the other teams. They are able to destroy all their food, but in the midst of this, Rue is killed.

Deeply saddened by her death, Katniss morns. All the while, the society has been watching her through hidden cameras. So, they too mourn for the death of the youngest competitors and see the compassion in Katniss.

Suddenly, the district from which Rue hails, rises up. They start a rebellion against the government and the games.

A romantic relationship develops between Katniss and Peeta when the contestants are told two people can win from the same district. [SPOILER ALERT] However, it turns out Katniss has been faking her interest in Peeta.

THE HUNGER GAMES is an exceptionally dark movie where the audience literally watches as children kill each other in a bloody maniacal fashion. The movie portrays society as wanting this sort of killing, which implies the same thing for real human society, including the people who might watch the movie or read the book series on which it’s based. Though this is a point the movie is making, it only has a negative impact on society. In the Sudan, for instance, children are being taken, desensitized by watching violence, given a gun, and killing. So, why would you want to watch the same thing happening in a Hollywood Blockbuster? Taking death so lightly will desensitize the audience in a very dark way.

With a strong humanist worldview, THE HUNGER GAMES has no depiction of God or the supernatural world. It’s all up to the movie’s heroine to win the game, but, eventually, she too has to hurt other people to win. Thus, there is no solid depiction of good and truth in THE HUNGER GAMES and no implication of a greater Hope. Ultimately, the story seems overly cynical and dehumanizing.

THE HUNGER GAMES is a science fiction thriller with a big budget. This is doubly saddening because it means even more children will see the behavior depicted in the movie. Those susceptible to violence will want to reenact it. Those children who are not as susceptible to movie violence will come out traumatized or fearful, or, worse, desensitized to the violence around them in real life.

Ultimately, MOVIEGUIDE® finds THE HUNGER GAMES unacceptable viewing due to its violence and dark, secular, humanist worldview. The director is Gary Ross, who’s directed and/or written a couple other humanist fables, PLEASANTVILLE and DAVE. Reportedly, the original author of the story envisioned her story after watching Reality TV games and TV coverage of the Iraq invasion after 9/11. Maybe she should have watched a Sunday sermon on Christian TV at the same time to gain a larger perspective. THE HUNGER GAMES is one movie that parents might want their children to avoid.