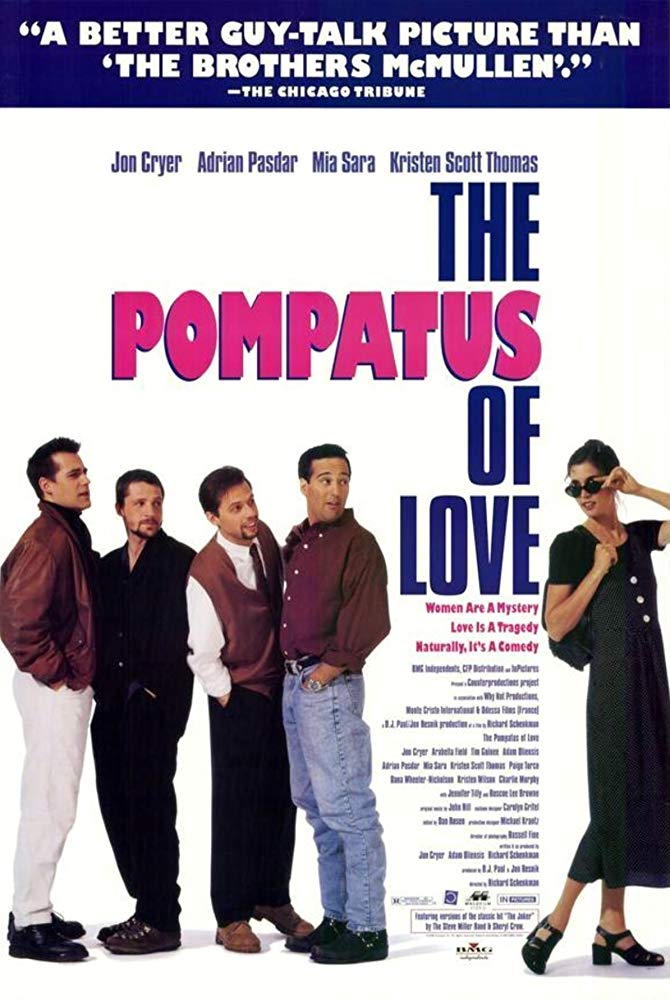 THE POMPATUS OF LOVE is about four men who sit around a table and discuss their shallow love lives. Filled with sex, nudity and obscenities, it has no redeeming qualities and gives no insight into the mysteries or joy of love.

THE POMPATUS OF LOVE features whiny over-sexed young men grousing about their damaged love lives. The men are Mark, Josh, Phil, and Martin. While playing pool one night, they listen to the song, “The Joker” by Steve Miller. In the song, there is a line “…the pompatus of love.” The men sit around a table and discuss the meaning of this line as they flashback to various obscure and low moments in their relationships with women. Mark falls for a young black lady named Tasha, and they decide to move in together. Josh, a married mechanic loves his family, but is tempted by a young English woman who has shown up at his electrical parts store. Phil is an executive that keeps falling for younger women. Runyan is a writer and an artist, who falls is in love with a woman who doesn’t want him.

This movie has no plot. All of these men carry on with frantic psycho-babble about why these relationships didn’t work. They are confused men who do not know not how to love. This doesn’t surprise us however, because they see woman as sex objects. Filled with sex, nudity and obscenities, it has no redeeming qualities and gives no insight into the mysteries or joy of love.