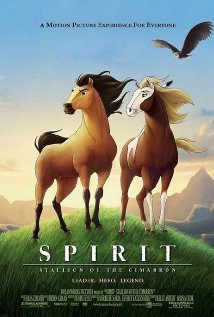 Watch SPIRIT: STALLION OF THE CIMARRON: