HOW I KILLED MY FATHER

"How I Killed My Father and My Conscience" 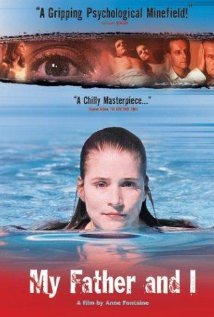 In the French drama, HOW I KILLED MY FATHER, Jean-Luc Borde is a successful gerontologist catering to the social elite and trying to deal with the sudden reappearance of his father, Maurice (Michel Bouquet) into his life. Maurice is also a doctor, but a very different type. He has been working in remote villages of Africa, providing care to the poor and under trodden. When Maurice appears at Jean-Luc’s trendy home, as suddenly and unexplainably as he disappeared years ago, both men struggle to face each other, and themselves.

Humanism rules the day in HOW I KILLED MY FATHER. “Aren’t you ashamed you aren’t dead?” Jean Luc asks when he realizes his father needs his money and support. Stung by his son’s coldness, Maurice tells him, “You will go on making yourself what you are.” In fact, Jean Luc does just that. There is some poignant interaction between father and son, but in the end, everyone is out to serve only themselves, and the movie comes to a depressing close with no forgiveness, no change of heart, and no redemption; just a stubborn clinging to the selfish lives they have made for themselves

(HHH, PaPa, B, C, LL, V, SSS, NNN, A, D, MM) Very strong, deterministic humanist worldview with man as determining/judging force in life with strong pagan elements with three of four main characters in immoral sexual relationships as well as some moral, Christian elements such as yearning for love between estranged family members, main character visits church and alludes to Roman Catholic beliefs, and wife longs for a child; 19 obscenities and two profanities; brief violence; several scenes of adultery, some implied, some depicted with nudity and motion; upper female nudity, upper male nudity, women in skimpy nightgowns and clothing, one very brief but clear view of man’s private parts; many characters attend bars and drink wine; smoking; and, deception between family members is a main theme.

In the new movie, HOW I KILLED MY FATHER, Jean-Luc Borde (Charles Berling) is a successful gerontologist catering to the social elite, who is also trying to deal with the sudden reappearance of his father, Maurice (Michel Bouquet), into his life. Maurice is also a doctor, but one of a very different type. He has been working in the remote villages of Africa, providing clinic and lab service to the poor and downtrodden. When Maurice appears at Jean-Luc’s trendy home, as suddenly and unexplainably as he disappeared years ago, both men struggle to face each other, and themselves.

Maurice, at first gracious and humble, is placed out of the way in an attic bedroom by Isa (Natacha Regnier), Jean Luc’s gorgeous but silently sad wife. Isa and Jean-Luc seem to be the perfect couple, entertaining at their lovely home, but we soon see that their relationship is as strained and strange as is the relationship between father and son.

Jean-Luc’s brother, Patrick (Stephane Guillon), played with wonderful warmth and pathos, adds to the complications as this estranged family tries to grapple with their past and present. Jean Luc and his family live tired, bored and desperately empty lives. Patrick serves as a chauffeur and underling for his more successful brother, but moonlights as a stand up comic — always seeking approval from his older brother and his newly discovered father. Jean-Luc serves his elite clientele, providing them with pills and botox, keeping their bodies young and admitting their lives are as empty and meaningless as his own. He controls his wife with medications and sleeps with his nurse, mostly from boredom and with little apparent pleasure. HOW I KILLED MY FATHER tries to make us believe there is some deep-seated fear of family and abandonment behind Jean-Luc’s adultery, but that doesn’t ring true in this family pattern of serving self by using others.

Humanism rules the day in HOW I KILLED MY FATHER. Who knows why we do things? Maurice wonders, thinking back on his life. “Aren’t you ashamed you aren’t dead?” Jean Luc asks when he realizes his father needs his money and support. Stung by his son’s coldness, Maurice tells him, “You will go on making yourself what you are.” Isa seeks solace in her relationship with Maurice, finding affection in him she does not find in her husband, yet her main desire from Jean-Luc is to have a child, and not a loving relationship. Thus, everyone in HOW I KILLED MY FATHER uses everyone else, and lives that could be joyful and meaningful fall flat and empty, and even turn vicious, instead.

Maurice’s work is in obvious contract to his son’s practice, yet Maurice has no real reason for working in Africa instead of in the wealthy suburbs of France. He fled to Africa to escape his responsibility as a father and husband, and returned home when his livelihood disappeared. He makes a speech to Isa over dinner one evening declaring that although he was a Catholic, then a Communist, now he has no ideals whatsoever. In this, Maurice, despite his kinder side, is no different from the rest of the family.

HOW I KILLED MY FATHER is interesting in that Maurice and Jean-Luc dance delicately around each other, trying to decide if they should love each other, or keep using and striking out at each other. There is some poignant love and regret in their interactions, as well as in Patrick’s, that is touching and even deeply moving. In the end, however, there is no one out to serve anyone but self, and the movie comes to a depressing close with no forgiveness, no change of heart, and no redemption; just a stubborn clinging to the lives they have made for themselves, and now find themselves trapped in.

HOW I KILLED MY FATHER also contains strong sexual material and graphic nudity, and plenty of foul language. All in all, the movie is excessively graphic and immoral.