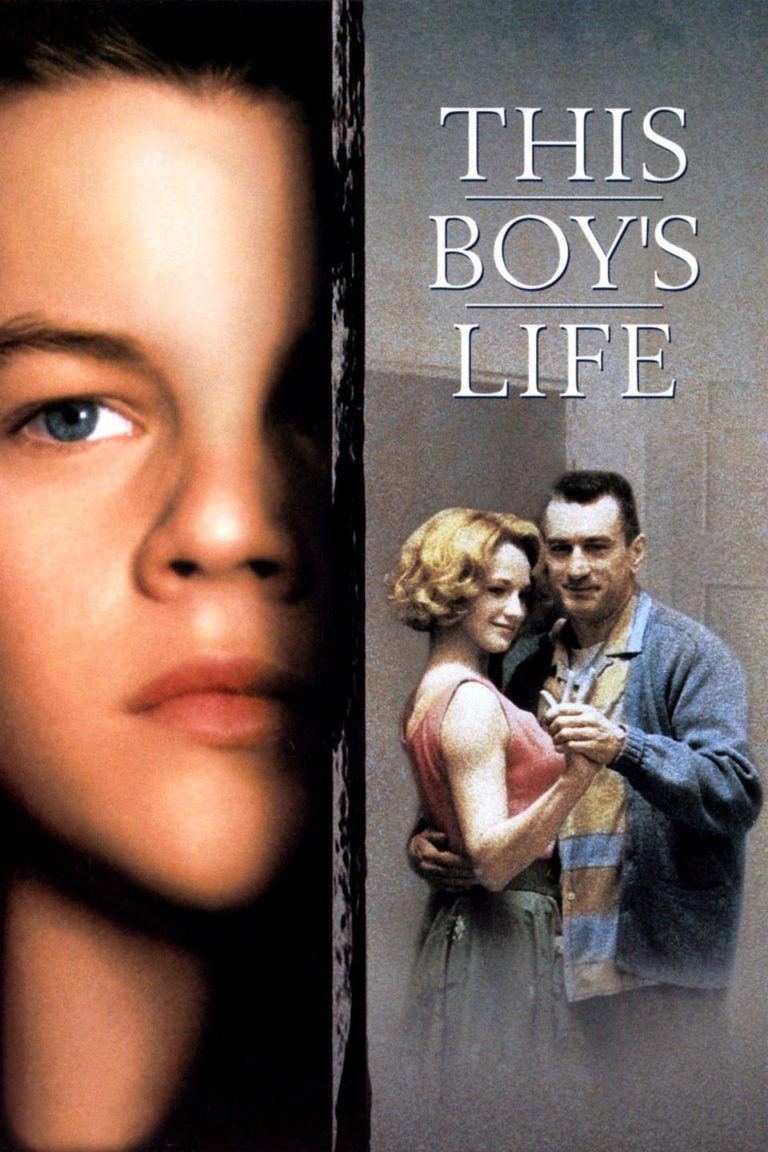 Based on the autobiographical novel by Tobias Wolff, THIS BOY'S LIFE is the story of a teenaged boy coming to grips with harsh reality. The extremely depressing and immoral message of this violent, foul-mouthed film is: life isn't fair and things don't always work out the way they should, but if you manipulate your circumstances and falsify your high school transcripts, you can make it on your own.

THIS BOY’S LIFE is the autobiographical story of a teenaged boy coming to grips with the harsh realities of life. Living from town to town in near poverty with his blindly optimistic divorced mother, Toby dreams of the good life with his father and brother back East. This lifestyle takes its toll on young Toby. Even the prospects of a stable home life turn sour when his new stepfather becomes abusive. Only after cheating in school and falsifying his high school transcripts is Toby able to escape to a life of success and happiness as a writer after the movie’s end. This only promotes the false world view that if you manipulate your circumstances, regardless of the ethics, you can control your own destiny and provide for your own happiness.

THIS BOY’S LIFE is a relentlessly depressing film. The language of the young boys is extremely foul. Robert De Niro plays another psychopath with none of the vulnerability that made his previous characters interesting. In contrast, Leonardo DiCaprio does a wonderful job of aging from pre-adolescent to rebellious teenager. Set in the 1950’s, the direction is stylish, and the soundtrack is excellent. The film opens with some beautiful scenic photography, but quickly becomes too claustrophobic. A politically correct adolescent homosexual interest is inserted in the movie which does nothing for the plot except to further confuse this dark and negative story.

Producer: Robert Getchell BASED ON THE AUTOBIOGRAPHICAL NOVEL BY: Tobias Wolff