"It Is Dark, but You Are Light" 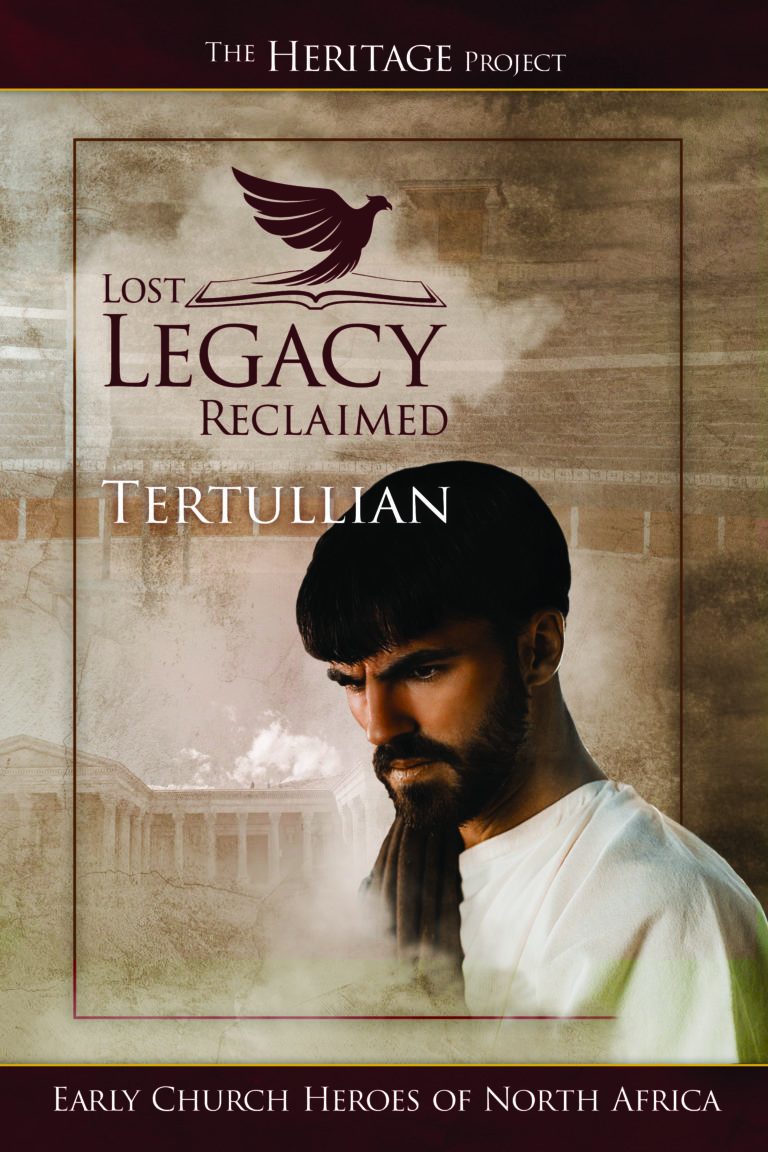 LOST LEGACY RECLAIMED: THE HERITAGE PROJECT is an eight-part documentary series on early church history. TERTULLIAN tells the story of the son of a Roman Centurion who turns Christian in the late Second Century, in the North African city of Carthage. Carthage is an important city to the Roman Empire. The Romans living there attribute their success to their gods being pleased with them. They think the Christians are a threat to that divine favor. Tertullian, with his superb education, wealth and esteem, becomes a Christian and defends the Christians and their faith against the Roman Empire.

TERTULLIAN is an inspiring story about one of the most influential Christian philosophers and theologians in the Early Church. History professor Christopher Gornold-Smith shows viewers how Tertullian provided comfort to the persecuted church and brilliantly defended Christian beliefs in the Holy Trinity and the two natures of Christ. At the same time, Tertullian provides a cogent defense of Christianity’s opposition to the Roman practice of abortion and letting unwanted children die from exposure. This episode of LOST LEGACY RECLAIMED brings Tertullian alive and has a strong Christian worldview.

(CCC, BBB, V):
Dominant Worldview and Other Worldview Content/Elements:
Very strong Christian, biblical, pro-life worldview focuses on the biography of the Christian philosopher and theologian Tertullian and includes defenses of the Christian belief in the Holy Trinity and the two natures of Christ, along with a moral and theological defense of being pro-life
Foul Language:
No foul language
Violence:
Non graphic discussion of the Roman persecution of Christians, who were beheaded and tortured to death as well as ripped apart by animals and eaten by lions (not shown), and three Roman emperors are assassinated
Sex:
No sexual content
Nudity:
No nudity
Alcohol Use:
No alcohol use
Smoking and/or Drug Use and Abuse:
No smoking or drugs; and,
Miscellaneous Immorality:
Nothing else objectionable.

LOST LEGACY RECLAIMED: THE HERITAGE PROJECT is an eight-part documentary series on early church history. TERTULLIAN tells the story of the educated son of a Roman Centurion who turns Christian in the late Second Century, in the North African city of Carthage.

Carthage is a successful and important city to the Roman Empire. It’s part of the breadbasket of Rome that feeds the people and the troops. The Romans living there attribute this success to the fact that the Roman gods are pleased with them. However, Christians refuse to worship or recognize these Roman gods. So, the Roman polytheists believe they are a direct threat to the area’s success, because the Romans god could withdraw support for Carthage and the Roman Empire. The Roman authorities come down harder than ever on professed Christians.

The narrator, historian Christopher Gornold-Smith, says scholars don’t know how or when Tertullian first becomes a Christian. His father gives him the best education in order to serve the Roman Empire and the Roman gods.

Tertullian’s earlier writings give an account of his observations of Christians. He notes that Christians are victorious over and over again. They are tortured, humiliated and killed, yet they never relent in their Christian beliefs. In fact, they go to their deaths with confidence and peace. Tertullian also notices the harsh treatment of the Christians by Emperor Marcus Aurelius, who professed to be a civilized military leader and philosopher. The Emperor ordered that Christian Roman citizens should be beheaded, and non-citizens would be tortured to death.

The Christian persecution escalates upon the death of Aurelius. His son, Commodus, is even worse. Believing himself to be the reincarnation of the demigod Hercules, he is terrifying. After 12 years of rule, Commodus is assassinated. Within six months, there are two more Emperors. Perhaps these tumultuous political times led Tertullian to question the brutality against, and suspicion of, the Christians, Gornold-Smith suggests.

Noting that Christians commit no crimes and go to their death peacefully praying, Tertullain becomes a believer himself. Tertullian writes accounts of early Christians and their worship services. He argues that they pose no threat to the Emperor but actually pray to God for every Emperor, for his successful and peaceful reign, and even for his brave soldiers. He writes letters encouraging His fellow persecuted brother and sisters, telling them that prison is an opportunity to spend more time focusing on prayer and communicating with God, to become closer to Him. Prison is dark, he admits, “but you are light.” As a result, the specter of death will lose its power over them. “The more Rome tries to mow us down,” he adds, “the more we will multiply.” He also tells the Romans that it’s in the Emperor’s best interest not to think of himself as a god, because if he’s a god, then he’s no longer an emperor.

Tertullian uses his skills as a writer and leader to defend Christian beliefs. Unlike the Romans, Christian believers aren’t forced to give offerings, but give voluntarily to support their churches. Using Matthew 28:19 and 2 Corinthians 13:14, Tertullian defines the nature of the Holy Trinity for Romans and Christians, as three persons in one God. He also shows how the Christians value all human life. Instead of aborting unwanted children or leaving them out in the open air to die by exposure or be picked up by slave traders, as many Romans did, the Christians save and protect all children.

TERTULLIAN is an inspiring, uplifting story about one of the most influential Christian philosophers and theologians in the Early Church. This episode of LOST LEGACY RECLAIMED brings Tertullian alive and has a strong Christian, biblical, pro-life worldview.