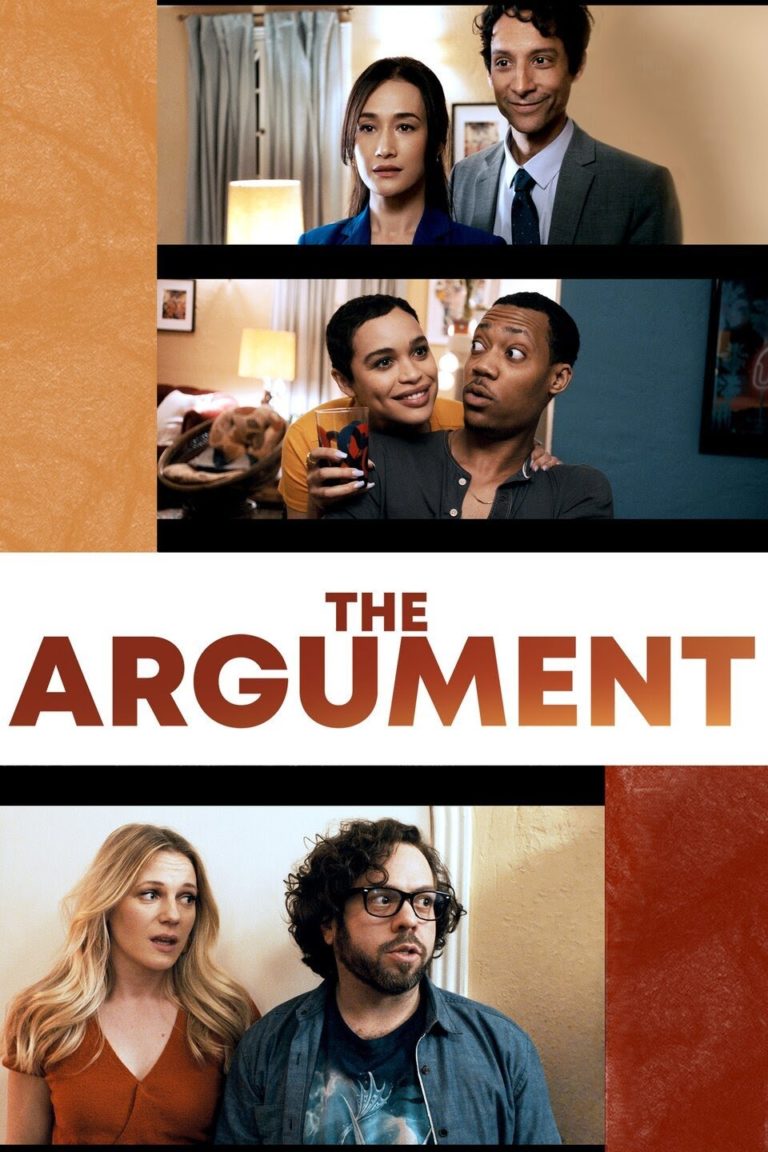 THE ARGUMENT is a comedy following the relationship between a struggling screenwriter, Jack, and his actress girlfriend, Lisa. Jack throws a party for Lisa to celebrate her first stage performance. He plans to propose to Lisa. However, Jack’s insecurities grow as he watches Lisa flirt with her onstage partner, Paul. Lisa assures Jack that it’s just acting, but the tension between Jack and Lisa and the rest of the guests escalates, and the party ends. To resolve their argument, the couple sets out to recreate the party, retracing their exact steps and dragging their guests through the ordeal again and again.

THE ARGUMENT is boring, unfunny and immoral. The repetitive plot soon grows tiresome, especially when the viewer begins to realize the story will never have a satisfying payoff. Ironically, the characters seem to feel as uncomfortable, confused and bored as the viewer. After two-thirds of the same laborious plot points, the movie amps up the immorality in a last-ditch effort to hold the viewer’s attention. THE ARGUMENT also contains lots of strong foul language, excessive drunkenness, brief nudity, and other lewd content.

(RoRo, H, Pa, LLL, SS, NN, AAA, M):
Dominant Worldview and Other Worldview Content/Elements:
Strong Romantic worldview with characters motivated by their sexual desires, relationships are baseless and even though there is turmoil there is never a moment of forgiveness, apologies or sacrifice, plus some light pagan elements involving hedonism
Foul Language:
At least 42 obscenities (including at least 21 “f” words), four JC profanities, one GD, three OMGs, and a series of lewd hand gestures
Violence:
No violence
Sex:
Strongly immoral sexual content with several implied sexual relationships between unmarried people, some passionate kissing, implied sex off-screen can be heard while other characters are talking, and some of the play’s scenes are reenacted and have sexual language in them
Nudity:
Upper female nudity in one scene, man is shirtless in another scene, partial rear male nudity when a man does a somersault and his pants partially exposes his rear end
Alcohol Use:
Alcohol is consumed throughout the entirety of the movie, including many characters being in a constant state of drunkenness, and when reenacting a party, people insist on getting drunk over and over again
Smoking and/or Drug Use and Abuse:
No smoking or drugs;
Miscellaneous Immorality:
Brief lying and deceit.

THE ARGUMENT is an unfunny comedy about a struggling screenwriter and his actress girlfriend who get into an argument at a party they give with their friends and become obsessed with recreating the argument to resolve it. THE ARGUMENT is repetitious, boring and unfunny, with a strong godless worldview containing strong immoral content, 50 or more obscenities and profanities, and excessive drunkenness.

The movie opens with Jack, the screenwriter (Dan Fofler), and Lisa, the actress (Emma Bell), lying awake in bed. Jack addresses Lisa’s role in the play and Paul, her onstage love interest, insinuating that Lisa has been unfaithful. Although Lisa denies anything’s happening offstage between her and Paul. She asks Jack to trust her, though she concedes Paul is a flirt.

The movie cuts to the end of Lisa’s play, and Jack is the first to stand and give his girlfriend an ovation. Jack goes home to prepare a charcuterie board for the guests he invited to celebrate Lisa’s night on stage. Jack also plans to propose to Lisa at the end of the night.

The guests begin to arrive. The first is Jack’s writing agent, Brett (Danny Pudi), and his girlfriend, Sarah (Maggie Q). Brett seems to appreciate Jack’s writing ability and is happy to support him, but it’s clear Sarah doesn’t want to be at the party. As Jack struggles to bake a pie, Brett answers the door to welcome Paul (Tyler James Williams), Lisa’s acting partner, and Paul’s girlfriend, Trina (Cleopatra Coleman). Jack is surprised and unhappy to see Paul but decides to try and be personable.

Lisa finishes changing and enters the room but, to the annoyance of Jack and Trina, is almost immediately play-acting with Paul, reenacting their love from the stage. Tensions boil as Jack senses his grasp of the night slipping away. After lots of drinking, the guests begin to reveal more about the truth between their relationships. Jack believes Lisa mocks his first theatrical creation and starts shouting, resulting in a quick end to the festivities.

Jack and Lisa talk afterward, and each of them is unwilling to admit they were in the wrong. Jack’s chances of there ever being a time to propose to Lisa seems to lessen until they both get an idea. They decide to recreate the entire night with the same guests, the same conversations and even the same pie to figure out who was right and wrong. The couple obsesses over getting every detail right, and they spend night after night reliving the argument. In the process, Jack must face his insecurities, and Lisa must face the truth of whom she really loves.

THE ARGUMENT is boring, unfunny and immoral. The repetitive plot soon grows tiresome, especially when the viewer begins to realize the story will never have a satisfying payoff. As a result, the 81-minute movie seems much longer than it actually is. Ironically, the characters seem to feel just as uncomfortable, confused and bored as the audience. This may have been intended for laughs, but it falls way short comically. After two-thirds of the movie recycling the same laborious plot points and revisiting the same uninspired script, the movie amps up the immorality in a last-ditch effort to hold the viewer’s attention. THE ARGUMENT has lots of strong foul language, excessive drunkenness, brief nudity, and other lewd content. The movie’s worldview is godless, with not one moment of repentance or forgiveness, despite the nature of the situation the characters find themselves.