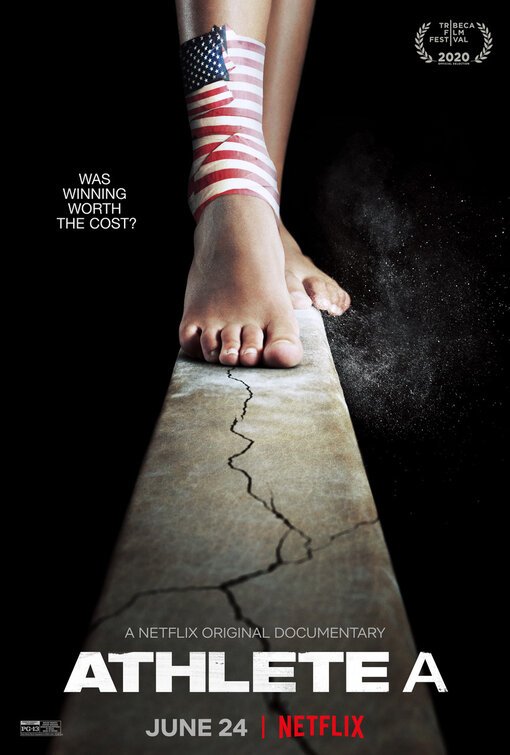 ATHLETE A is a documentary following the Indianapolis Star reporters who broke the story, in 2016, about USA Gymnastics doctor Larry Nassar’s decades of abuse of female gymnasts. The movie contains interviews from survivors like gymnast Maggie Nichols and former gymnasts who came forward about Nassar’s abuse and the abusive culture within competitive gymnastics. “Athlete A” refers to the then-anonymous tipper, Maggie Nichols, which led to the first public disclosure of Nassar’s sexual abuse of female gymnasts. Moreover, the documentary reveals the abusive culture of USA Gymnastics and their goal of protecting their brand rather than the girls.

ATHLETE A is a striking documentary explaining the sexual abuse of female gymnasts by Dr. Larry Nassar. ATHLETE A is a testimony to justice, integrity and the tragic consequences of the abuse of power and selfish ambition. It highlights the courage of the survivors to speak out against the abusive culture in the USA Gymnastics organization. Although ATHLETE A has a strong moral worldview exposing and opposing a horrible form of child abuse, MOVIEGUIDE® advises extreme caution because of the graphic descriptions of abuse.