WHEN WE LAST SPOKE 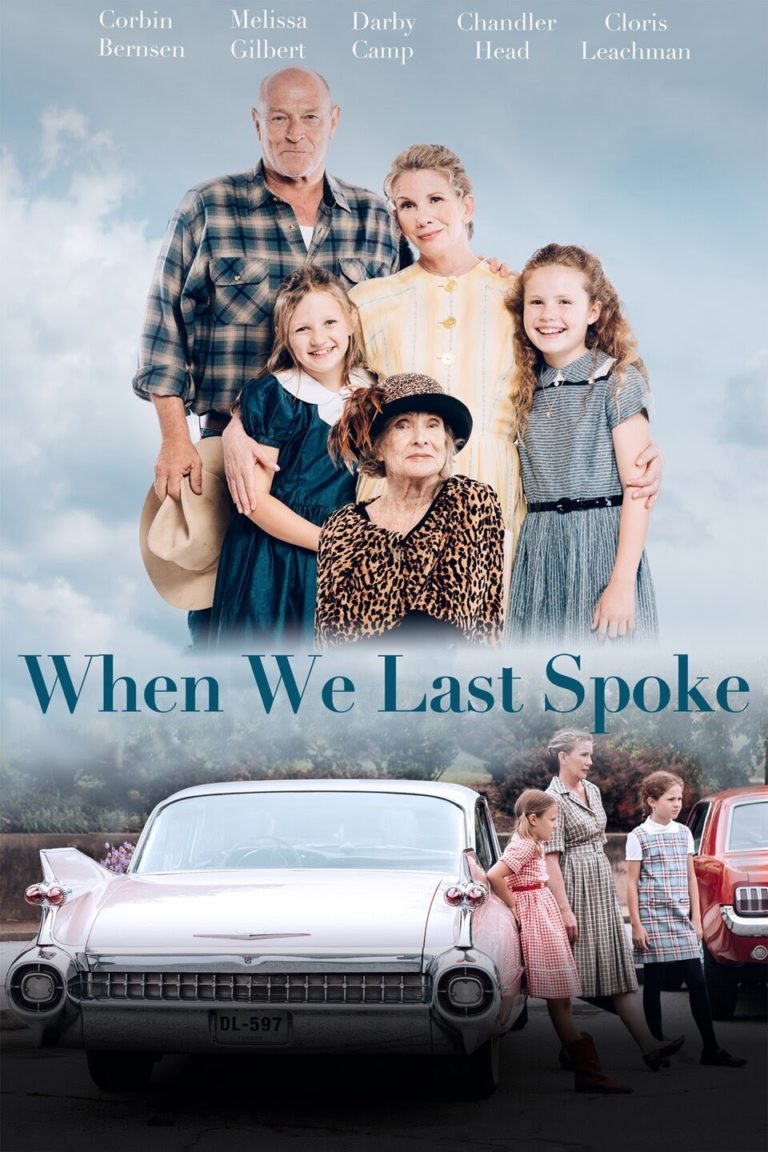 WHEN WE LAST SPOKE follows two sisters named Juliet and Evangeline as children and 29 years later as adults. As adults, it’s been 29 years since the sisters have spoken to one another. As children, Juliet and Evangeline have a lot of adjusting to do when their father goes off to the Vietnam War and their mother leaves them with her husband’s parents. Apparently, the mother couldn’t handle her adult responsibilities. Sadly, the father dies in Vietnam. Will their mother return? Will the family values they learn from their grandparents help them to reconcile?

WHEN WE LAST SPOKE suffers from a weak story structure. The movie makes clear the setting and time period of the scenes, but the beginning is jumpy and confusing. Also, the movie has some funny, dramatic moments, but it could have been better. WHEN WE LAST SPOKE has a strong Christian, moral worldview promoting family love, quoting Scripture and attending church. However, it’s marred by a few New Agey comments. So, MOVIEGUIDE® advises caution for younger children. Otherwise, however, WHEN WE LAST SPOKE is a faith-based family movie.

(CC, BB, FR, L,V, M):
Dominant Worldview and Other Worldview Content/Elements:
Strong Christian, moral worldview with depictions of family love, forgiveness extolled, Scripture is quoted, and there are scenes in a church, marred by some New Agey comments about the North Star pointing to truth and about one’s destiny
Foul Language:
One “h” obscenity but no profanities
Violence:
Man throws some hardware tools in frustration, but they don’t hit anyone
Sex:
No sexual immorality or sex scenes (a married couple kisses on the lips)
Nudity:
No nudity (woman changes clothes, but all you can see is her bra strap)
Alcohol Use:
No alcohol use
Smoking and/or Drug Use and Abuse:
No smoking or drugs; and,
Miscellaneous Immorality:
Bullying, characters think there might be some marital unfaithfulness in a marriage, but it turns out there isn’t any, a mother abandons her two children after the father goes off to war, and one little girl is convinced that a woman is a communist, but she’s not (part of the movie takes place during the Vietnam War).

WHEN WE LAST SPOKE is a faith-filled family drama and comedy about two sisters who go to live with their grandparents. Years later, as adults, haven’t spoken to one another for 29 years. WHEN WE LAST SPOKE has some funny, dramatic moments and a strong Christian, moral worldview, but the movie could be better, especially the story structure, and the positive worldview and wholesome content are mitigated by a couple New Agey comments about truth and destiny.

The movie begins in 1996 as a woman, probably in her forties, hosts a radio program.

Flash back to 1967. A redheaded girl and a blonde girl named Juliet and Evangeline, respectively, are playing at home when their father prepares to serve in the United States Army during the Vietnam War. From the outside, they have the picture-perfect life. Their mother appears to be a doting housewife, and they have the nuclear family dynamic down pat. As their father leaves, he tells them that, whenever they look at the North Star, they can be sure that their father is thinking of him.

Shortly after his departure, Juliet and Evangeline’s mother drops them off – for good – at their grandparents’ home. As she leaves the driveway, Juliet and Evangeline run after their mom, but it does no good. It seems that taking care of all her responsibilities while her husband is away weighs too heavy on her shoulders.

Eventually, Juliet and Evangeline adjust to their new normal. One day, however, their grandfather’s mother, played by Cloris Leachman, comes to visit. She’s older than old and a bit silly because of her age, but, still, she adds a fun flare to their dynamic.

Throughout the movie too, viewers catch snippets of what seems to be the adult Evangeline and Juliet, However, why they aren’t speaking isn’t given until nearly the end of the movie.

Regrettably, Juliet and Evangeline’s father dies while overseas. This, of course, leaves their family heartbroken. Their grandparents talk in the midst of their grief. Juliet overhears them say that don’t think their mother is coming back, because her picture-perfect life was too much of a hassle. However, Juliet, knowing what she knows, doesn’t come out with this newfound knowledge for quite some time. Could this be the reason for the rift between the sisters?

Although the movie is filled with valuable themes, it suffers from a weak story structure. The movie makes clear the setting and time period of the scenes, but the beginning is jumpy and confusing. Also, the movie has some funny, dramatic moments, but it could have been better.

WHEN WE LAST SPOKE has a strong Christian, moral worldview promoting family love, quoting Scripture and attending church. However, it’s marred by a few New Agey comments. So, MOVIEGUIDE® advises caution for younger children. Otherwise, however, WHEN WE SPOKE is a faith based family movie.

Watch WHEN WE LAST SPOKE: