When Will America End the Violent Video Game Madness? 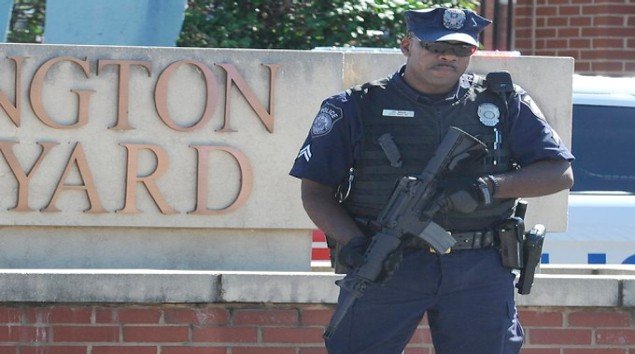 Once again, America is repulsed as another young mental patient takes the lives of a dozen or more innocent citizens.

Once again, ignorant politicians like Senator Diane Feinstein, and Congresswoman Eleanor Holmes Norton are whining about “too many guns on the loose,” as if guns just suddenly jumped into the Navy Yard shooter’s hands and forced him to start firing.

Now comes a report that the Navy Yard shooter not only was being treated for “serious” mental health issues and been charged before with mishandling guns, but that he also was “obsessed” with violent video games, especially “zombie” video games.

“He could be in the game all day and all night,” former employer and friend Nutpisit Suthamtewakul told the Daily Telegraph in Great Britain.

Joining the voices of the other top experts in media literacy, I’ve been warning politicians, the entertainment industry, and journalists for decades about the effects of media violence on disturbed young minds like the Navy Yard murderer. The link between media violence and real violence is so strong that one professional investigator said, “The evidence has gotten to the point where it’s overwhelming.”

Then, there’s the testimony of Lt. Col. David Grossman, an expert who has trained soldiers in the U.S. military and taught psychology at West Point. Lt. Col. Grossman has called violent first-person shooter video games “murder simulators” that train children and young adults how to kill many people in a short amount of time.

Finally, as reported by Movieguide® last year, comes a 2012 study led by researchers at Ohio State University that provided “the first experimental evidence that the negative effects of playing violent video games accumulate over time.”

We must wean our young people away from these violent video games, and into more profitable pursuits. We must stop blaming guns for our problems, and start dealing with the troubled and evil people using the guns and the politically correct authorities who fail to enforce the laws already on the books. Also, we must end the arbitrary judicial bans on religious and moral teaching in our schools that deprive America’s children of the Ten Commandments that God gave Moses and the Hebrew people on Mount Sinai and the teachings that Jesus Christ gave his disciples in the Sermon on the Mount in Chapters Five through Seven of the Gospel of Matthew and in Chapters 13 through 17 of the Gospel of John.

Movieguide® and the Christian Film & Television Commission® encourage everyone, including the cultural, religious, and political leaders to pursue a kinder, gentler, and more virtuous path for faith and values.

Editor’s Note:  Author of “The Media-Wise Family” and co-author of “The Culture-Wise Family,” Dr. Ted Baehr is Founder and CEO of Movieguide®:  The Family Guide to Movies & Entertainment and the Christian Film & Television Commission® ministry, a nonprofit organization dedicated to redeeming the values of the mass media of entertainment, according to biblical principles, by influencing entertainment industry leaders and by informing and equipping the public.