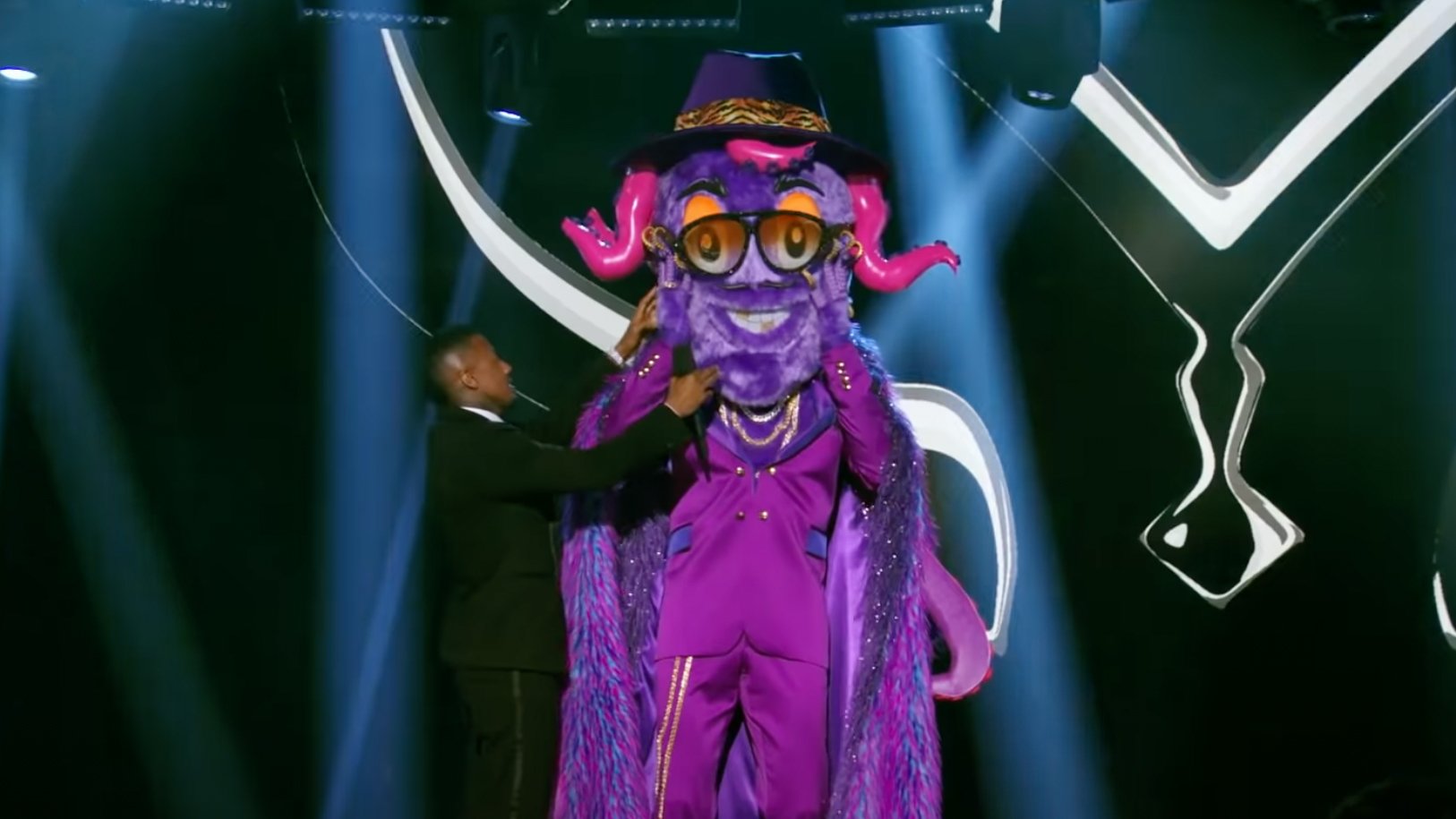 The newest season of THE MASKED SINGER kicked things off with another wild night, featuring secret singers dressed as animals like a Skunk, Bull and Octopus.

The popular TV guessing game started its sixth season with a new twist, the “Take It Off Buzzer,” which allows one of the judges to press the button and make their guess of who is underneath the costume.

In Episode 1, Ken Jeong made the first buzzer guess. He got it correct, a surprise to some fans who sarcastically call the doctor, actor and comedian, Ken “I Know Exactly Who This Is” Jeong.

However, after the Octopus sang Little Richard’s classic hit, “Tutti Frutti,” Jeong locked in his guess.

The first reveal of the season revealed the eight-time All-Star and Los Angeles Laker, Dwight Howard.

Despite the early elimination, Howard was all smiles after they removed the Octopus mask.

“It was hot in this suit,” he told the show’s host, Nick Cannon. “The mask weighed about 55 pounds. I was sweating, smiling and singing. The three S’s.”

Howard also said that he joined the show for his mother, who said that the unique singing competition is one of her favorites.

“This morning, when we got here to the set, my mom was like, ‘Dwight, what are we doing here?’ And she saw THE MASKED SINGER,” Dwight said. “She was like, ‘you in the mask? Oh my God! Oh, hallelujah, yes, Lord!”

The smile behind the mask of the NBA player is genuine.

In a previous interview, Howard explained that his faith in God and salvation motivates him to spread joy to those around him.

Although Howard was an outspoken Christian, the three-time defensive player of the year confessed that it was difficult to hold to beliefs as a 20-year-old with millions of dollars.

“My mission was to preach God’s Word in the NBA, use the NBA as a platform for God,” Howard told CBN in 2016. “There’s times where it was very overwhelming. It was like, man, this is so much that everything is at my disposal. All I got to do was just go reach and it’s mine.”

In 2012, the judgment from fans continued to weigh on Howard, and he left the Magic to join the Los Angeles Lakers. However, due to surgery, Howard said fans again criticized his play.

“Everybody made me look like the worst guy in the world – a coach killer, the guy who hates his teammates, a cancer, all this stuff that I’m not,” Howard explained. “You know, I’m trying to play, and I’m still not 100%. I was getting demolished for that, ‘Aw, he’s not playing hard enough. He can’t dunk anymore. He can’t do this.'”

“I’m like, ‘God, why do I have to go through this?’ But He said just keep going, just stay strong,” he added. “He said, ‘Listen, man, if the whole world hates you, I love you. Always remember that.’ I just tried to put away all the hate and everything like that and just focus on my relationship with Him.”

As Howard healed physically, so, too, did his faith in God. While on the Houston Rockets, Howard returned to a healthy level of play and made sure that fans understood that God was his rock.

“When I’m on the floor and I let people see the guy they meet, whether that be me having fun blocking the shot and smiling, dunking and smiling, or whatever it may be, we’re just having fun and playing with peace and joy,” Howard said at the time.

“Man, [Jesus is] just my rock. My foundation when things are going wrong, when I’m at a bad place, when I’m sad, I feel like he’s there,” Howard concluded. “He hurts when I sin, but instead of him turning his back on me, he’s like, ‘hey, come back. I still love you. I’m not going to leave. I’m here for you.'”