The Faith of Florence Henderson from THE BRADY BUNCH 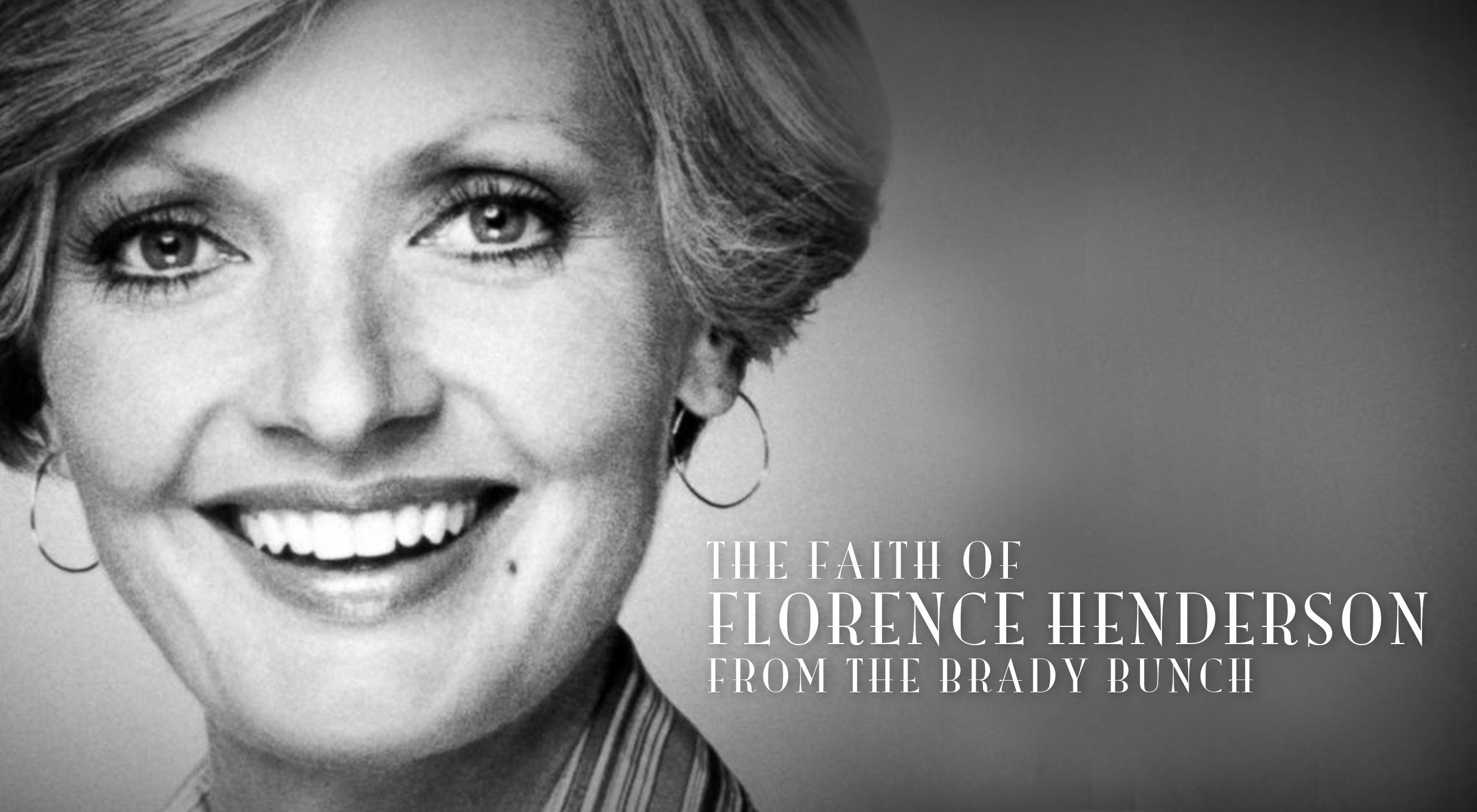 The Faith of Florence Henderson from THE BRADY BUNCH

Many of our most beloved personalities in movies and television have been people of Christian faith. Two examples of American sweethearts we have lost this past year are Debbie Reynolds and Florence Henderson.

Hollywood legend, Debbie Reynolds was one of America’s Sweethearts, who sang and danced into the hearts of many throughout the Golden Age of Hollywood. Read more about her faith legacy here.

Like Debbie Reynolds, Florence was active in supporting many worthwhile causes and charities. She was especially devoted to the Sisters of St. Benedict in Ferdinand, Indiana, where she received early education. Also like Debbie, she had many struggles throughout her life but was sustained by her Christian faith.

In her final interview, Florence said that in good times and bad, her Christian faith was her foundation. “I don’t ever remember not praying. Bedtime prayers…praying for friends, relatives, for the sick…. It was a natural part of our lives,” she told writer Rita E. Piro.

“I frequently am contacted by people who want to thank me for THE BRADY BUNCH,” she said to Piro. “Whether they grew up during the show’s original television run or are brand-new fans of the present generation, they tell me how important THE BRADY BUNCH has been in their lives. I wanted to portray Carol as a loving, fun, affectionate mother, and it seemed to resonate with a lot of people who maybe had the same situation I did growing up. To think that something I was involved in had such a positive effect on the lives of so many people is satisfying beyond words.”

Henderson also told how her most important role, however, was being Mom to her own four children Barbara, Joseph, Robert and Elizabeth. “My children and their happiness have always been my greatest concern,” she said. Henderson further described her children to Piro as, “the nicest people you could ever meet” and “very spiritual people.” Furthermore, she said, “Being a mom makes you far more compassionate. You have more empathy for people, more love… I was always taught to say thank you, and I’m very grateful. My kids have that quality, too.”

Henderson also told Piro how from time to time, she found herself questioning her faith. As a new mother, the actress experienced repeated bouts of postpartum depression, and, during the mid-1960s, she was diagnosed with a hereditary bone deformity of the middle ear and needed surgery to prevent deafness. She reported that stage fright and insomnia also were challenges for her. The loss of family and friends, especially her siblings, were also difficult for her.

As Debbie Reynolds had known poverty growing up in Texas, so did Florence Henderson, who was one of ten children who grew up in Kentucky during the Great Depression. Like Debbie, her Christian faith sustained her throughout her life. She had a natural singing voice, and, after high school, with the help of a close friend and her wealthy family, Florence enrolled at the Academy of Dramatic Arts in New York City. This began her long acting career.

Her debut on Broadway was as the star of “Fanny” in 1952. She also played Maria in the original version of “The Sound of Music,” on Broadway. She starred in touring productions, which included “South Pacific” and “Oklahoma!”

She said that parents would ask if certain TV shows were good for their children to watch. “They’re responsible for this little soul they’ve brought into the world, and they wonder what’s being taught,” she told CNS. She said that THE BRADY BUNCH “represents what everyone wants in life, and that is a loving family, unconditional love, a place to make mistakes, to get angry, to be forgiven, to forgive.”

Although both Debbie Reynolds and Florence Henderson had severe challenges throughout their lives, both were sustained by their faith and leave a legacy and example of love for God and family.