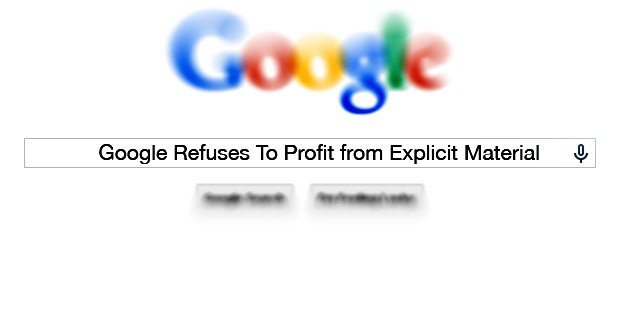 Search engine giant Google recently made a groundbreaking decision to eliminate pornography from their advertising.

While it is, sadly, still possible to search for pornography through Google, it’s no longer possible to for advertisers to display sexually explicit advertisements or links to pornographic web pages on Google’s search pages.

What this means is, if a person is looking for something that might have previously triggered a related advertisement to a sexually explicit site (for example, a search for swimsuits or books on sexual health triggering a more sinister site), there won’t be an advertisement for them to click on anymore.

Google profits tremendously (literally, billions of dollars each month) from advertising sales in general, and restricting pornography from their advertisements could mean a tremendous loss of income.

Google is beginning to realize, along with many larger corporations, that human rights and the wellbeing of women and children mean endlessly more than money. Allowing advertisements for pornographic material meant creating an easy door for child pornography, sex trafficking, exploitation, and a host of other immeasurably evil content, while Google profited and people suffered. Google apparently wasn’t willing to let that continue.

Although this is only a tiny step toward moral transformation in America and beyond, it’s significant because it shows that one of the most powerful companies in the world is putting people above profits and families above advertisers’ wishes. People can still search for pornographic material, but Google won’t make money from it.

Let’s pray that other companies who willfully perpetuate sexually explicit advertising may start to do the same.