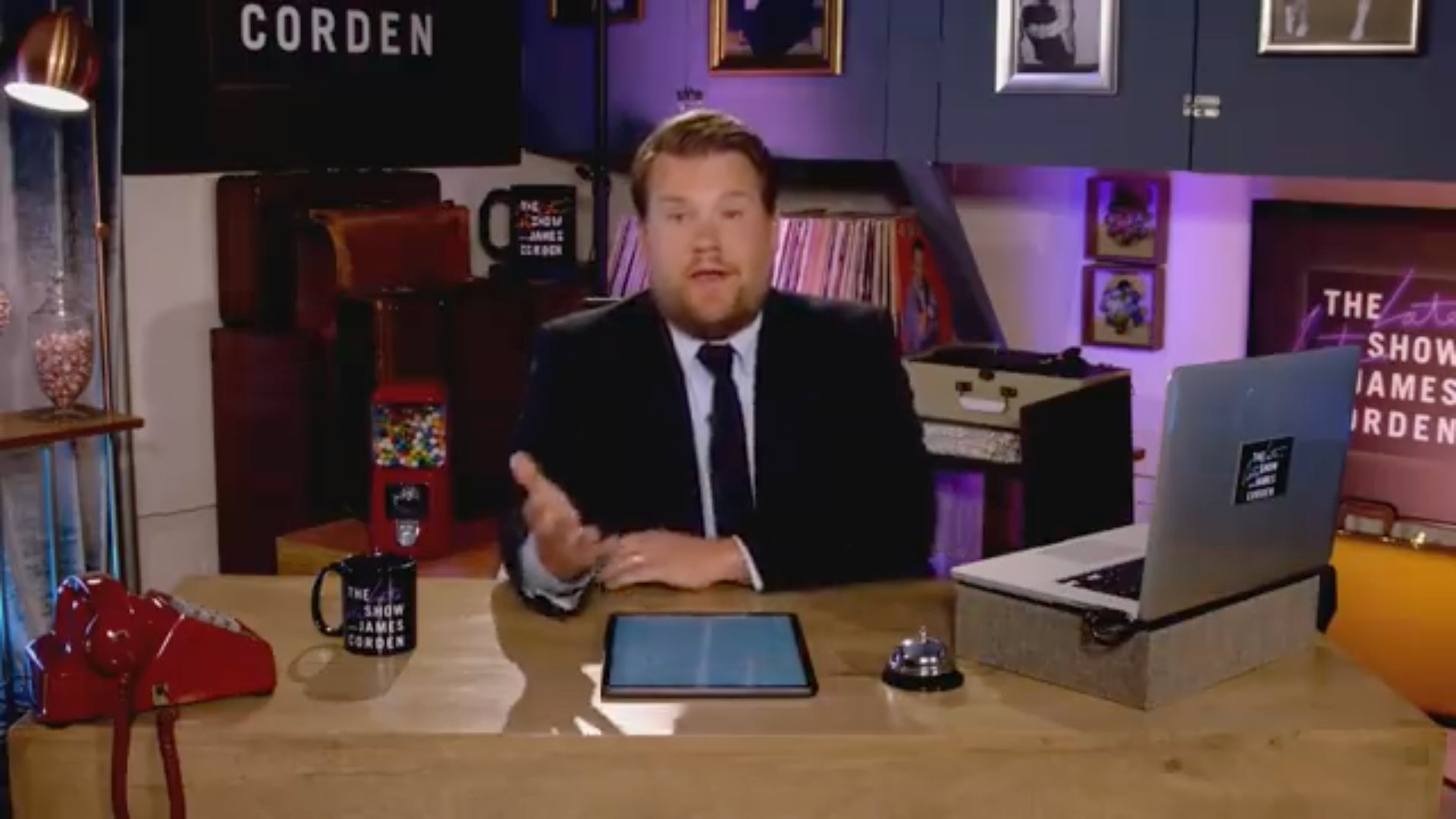 Screenshot via THE LATE LATE SHOW WITH JAMES CORDEN via YouTube

Winston said, “We are so delighted to be working with our great friends at Nickelodeon on these wonderful, charming and funny books, and can’t wait to help bring them to life for kids everywhere.”

Corden and Winston’s production company Fulwell 73 is developing the project that will air as a TV series movie across all Nickelodeon platforms.

Deadline reports that the book, “Reveals the secret life of crime-busting pigeons who set out to keep a town safe.”

It was originally published by Hardie Grant Children’s Publishing in Australia and then by Random House Children’s Books in North America, according to Deadline.

The book was written by Andrew McDonald and illustrated by Ben Wood. Both men will serve as consultants through development and production.

“Real Pigeons Fight Crime is about a secret squad of crime-fighting pigeons, with high stakes and true hilarity making it a perfect fit for our audience. By fusing the humor and expertise of this the incredible team at Fulwell 73 Productions, we are ready to show kids what pigeons really do–fight crime, solve mysteries, take down bad guys, and keep neighborhoods safe.”

Movieguide® reminds readers that we cannot yet comment on the quality of acceptability of the upcoming TV series movie.

However, Corden has been part of many movies Movieguide® enjoys.

Corden was a part of TROLLS and PETER RABBIT, both of which were nominated as some of the Best Movies for Families at the Movieguide® Awards in 2017 and 2019 respectively.