Manny Pacquiao Announces Retirement Ahead of 43rd Birthday: ‘Goodbye, Boxing. Thank You for Changing My Life’ 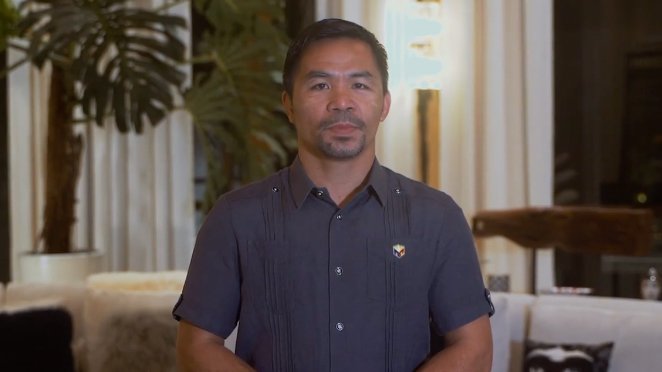 Manny Pacquiao Announces Retirement Ahead of 43rd Birthday: ‘Goodbye, Boxing. Thank You for Changing My Life’

After 26 years as a professional boxer and the only eight-division champion in history, Manny Pacquiao announced his retirement.

Pacquiao entered the professional boxing scene in 1995 as a 16-year-old after living on the streets in Manila, Philippines.

“Even me, I’m amazed at what I have done,” the 12-time world title winner said in a retirement video. “The only boxer to hold world titles in four different decades and became the oldest boxer to win a world welterweight title, an amazing accomplishment.”

“It is difficult for me to accept that my time as a boxer is over,” Pacquiao added. “Today, I am announcing my retirement. I never thought that this day would come. As I hang up my boxing gloves, I would like to thank the whole world, especially the Filipino people, for supporting Manny Pacquiao.”

Pacquiao rose to fame in the early 2000s for his knockouts of prestigious fighters and is best known for his 2015 fight against Floyd Mayweather, which tallied the highest revenue for a match in boxing history.

Pacquiao’s rise to become a boxing icon is captured in the 2014 documentary, MANNY, which was nominated for a Movieguide® Award.

MANNY is the documentary story of an incredible boxer, Manny Pacquiao, who came from an impoverished family in the Philippines. At a young age, he was the provider for his family, so he started boxing to make money. Manny moved up the boxing ranking very fast as consistently won his matches.

Currently, Pacquiao sits as a senator in the Philippines and plans to run for president in May’s election against current president Rodrigo Duterte.

Despite an iconic career of 62 wins, eight losses, and two draws—with 39 KOs—inside the ring, Pacquiao also met people with a smile outside the ring. Pacquiao’s kindness and humility outside the ring are perhaps best seen in how he has helped other Filipinos in his home country.

“Goodbye, boxing. Thank you for changing my life,” Pacquiao said. “You gave me the chance to find a way out of poverty. Because of you, I was able to inspire people all over the world. Because of you, I have been given the courage to change more life.”

He concluded: “I will never forget what I have done and accomplished in my life. I can’t imagine that I have just heard the final bell.”