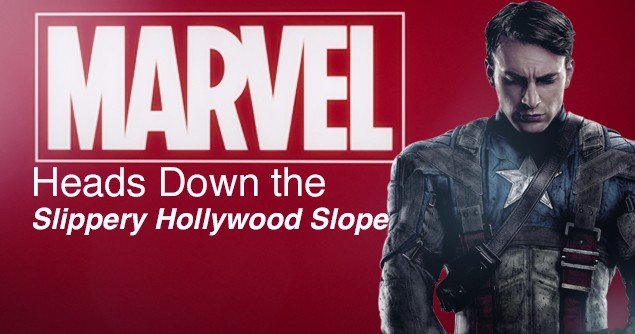 Marvel’s ANT-MAN soils a good father/daughter story with gratuitous foul language and underperformed at the box office. THE AVENGERS: AGE OF ULTRON turns foul language into a running gag where Captain America is kidded for being critical of it, and then winds up using some himself.

Many, many times you hear comments like. “That was a cool movie. I just wish it didn’t have all that foul language.”

Marvel is in business to make money. It makes a lot of money on its superhero movies. Marvel’s executives should consider, “Does adding foul language increase or decrease box office?”

More than just money is at stake. Producers of movies and televisions shows can legitimately claim, “We’re reflecting the trend in American culture.”

If those questions sound ridiculous, then answer this, “Do you think the average American moviegoer wants vulgarity in their movies and television shows?”

Some people do. Some people use vulgarity as punctuation. They like it in their movies, along with people getting drunk and vomiting. Is this Marvel’s target audience?

Media does influence children. How should Marvel, and all the other studios, influence the language of children? What would be beneficial? Do studios bear any responsibility for doing beneficial things?

Marvel is now owned by Disney. Walt Disney once said, “In our full-length cartoon features, as well as in our live action productions, we have tried to convey in story and song those virtues that make both children and adults attractive.”

Vulgarity is not a virtue that makes “both children and adults attractive.”