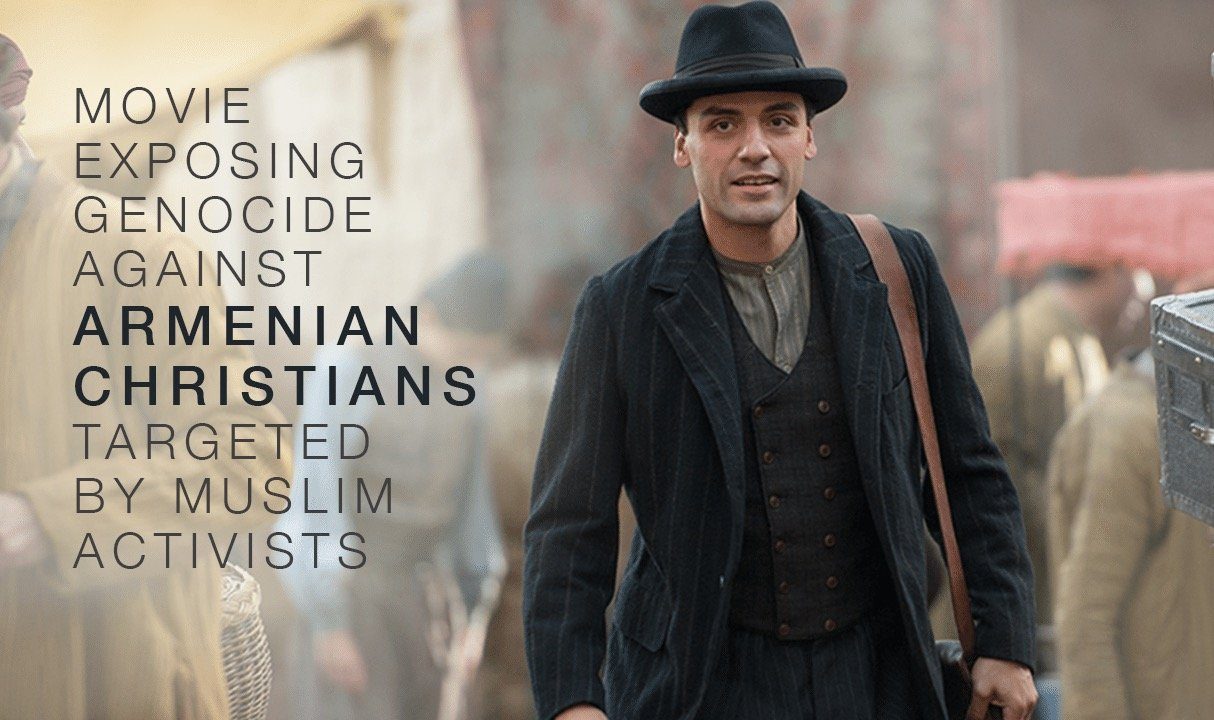 THE PROMISE, which opens this weekend and stars Christian Bale and Oscar Isaac, is the first mainstream movie to tackle the Armenian Genocide against Christians by Muslims in Turkey in 1914-15, is a surprisingly effective and fascinating epic of this awful moment in history.

However, the movie already has some vicious enemies because it exposes one of the most violent episodes in the history of Islam, which has clearly the most violent religion in history by far. By the time THE PROMISE was released to the public, the movie on IMDb received more than 129,000 ratings, with about 48% of them giving the movie the lowest rating. The people rating the movie turned out to come from a Turkish message board similar to Reddit.

The Islamic dictatorship of Turkey for some time has tried to argue that the deaths of 1.5 million Christians wasn’t genocide, but historical evidence blatantly contradicts this false claim from Turkey and other members of the Muslim “faith.”

Former MGM owner Kirk Kerkorian singlehandedly funded THE PROMISE. The main hope for the filmmakers behind the $100 million movie seems to be awareness rather than profit, with the distributor, Open Road Films, committing to donate all proceeds from the movie on behalf of the production company Survival Pictures.

THE PROMISE opens on the weekend before Armenian Genocide Remembrance Day on Monday, which is April 24.

Read the full Movieguide® review of THE PROMISE here.