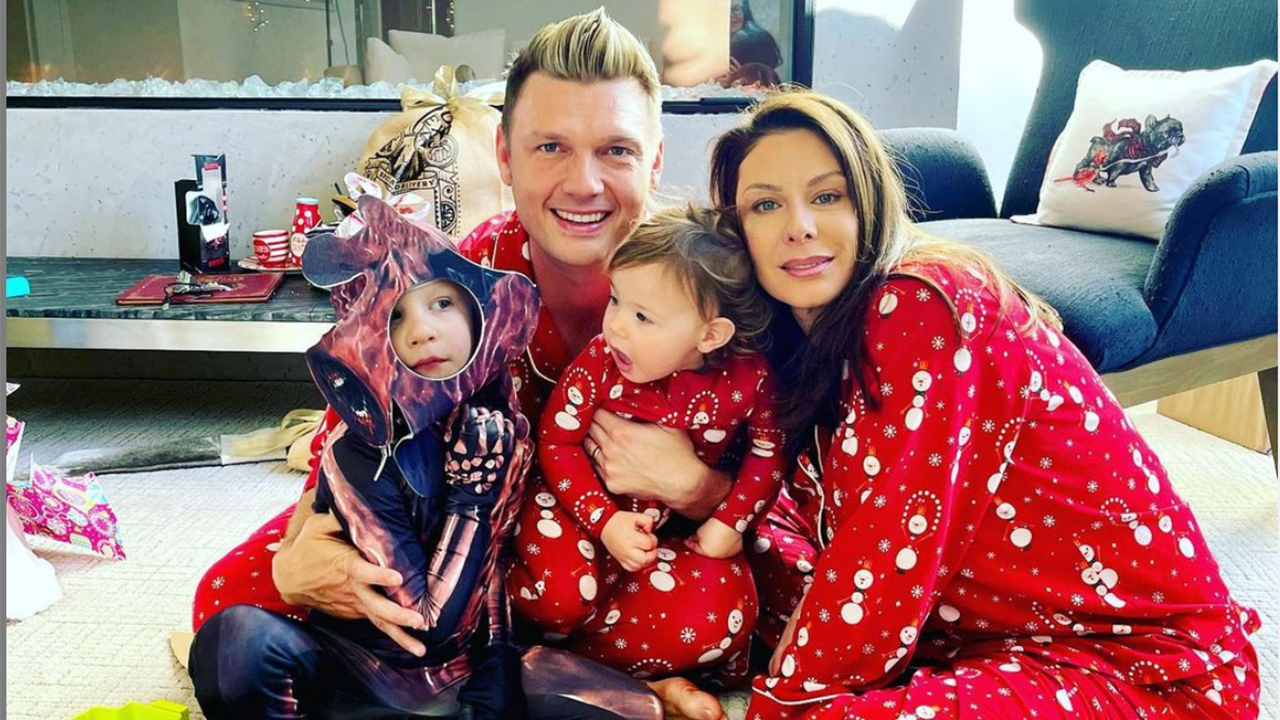 Backstreet Boys band member Nick Carter and his wife, Lauren, are surprised and thankful for their third baby after suffering multiple miscarriages.

“I was fully set on just having two children and I had prepared for that and made arrangements for that,” Lauren, 37, told PEOPLE. “We were going to have two children and it was a surprise. I didn’t find out I was pregnant till I was about five-and-a-half months pregnant. I didn’t have any symptoms; I didn’t have anything indicating that I was pregnant. One day I just — I felt something move in my body and I said, ‘Nick, there’s something not right. I think I need to go to the doctor. Something’s wrong with me.’ I was not supposed to be able to have any more children, so I never assumed that I was pregnant.”

The couple was married in 2014 and are the parents of two children; their son Odin, 4, and their daughter Saoirse, 15 months.

“I thought I had a tumor because there was just no way that I could be pregnant, from just my medical history and the things that I did to ensure that I just had my two children,” Lauren continued.

“Even Nick, like a couple of weeks prior to that, was talking about possibly getting a surrogate, possibly having a third child. It was just something we were talking about.”

Carter expressed his thankfulness for the surprise of a third child.

“With everything that 2020 has given to the entire world, I look at it as a blessing,” Nick said. “We love our two children and we pride ourselves on being great parents.”

The couple is candid about their struggle with miscarriages in the past. In 2018, Nick and Lauren shared that they had experienced more than one miscarriage.

“My last — the one before Saoirse — was a second-term loss, which is more … just more traumatic and there’s a lot that goes into it,” Lauren said. “[It was] similar to what Chrissy Teigen went through. When she came out with her story, we were so happy because we were like, ‘Wow, other people are open and sharing their stories and it’s not so taboo.’ People go through it and I was actually very grateful that they shared as much as they did and as in-depth as they did, because I mean, no one talks about it.”

Lauren noted that even with the immense grief of losing a pregnancy, she had learned valuable lessons through her experience.

“I just have to let go because you realize when you go through miscarriages and you have trouble keeping pregnant, that you have no control,” she said. “No matter what you do, no matter what vitamins you take, no matter how healthy you eat, no matter if you’re not using any products that have chemicals in them — doesn’t matter. If your body’s going to work out, it’s going to work itself out. If not, it’s not. You could be the healthiest and then fall or get in a car accident, something. So I just had to let go because I really … I do what I can do and then other than that, I’ve learned that I have no control. It’s not my fault, it’s not Nick’s fault. It’s no one’s fault. That’s just destiny.”

Despite the immense loss, the couple maintains that they try to dwell on their blessings and not what they have lost.

“I’ve had three, and so now with this third child, I feel like all my children have come back to me,” Lauren said.

Nick added: “I have always wanted to love somebody, someone unconditionally and give everything to those people, my wife, my kids, and be selfless. Now that I have it, yes, I am living my dream and I am very grateful for that and very blessed.”