One Sure Path to Perdition 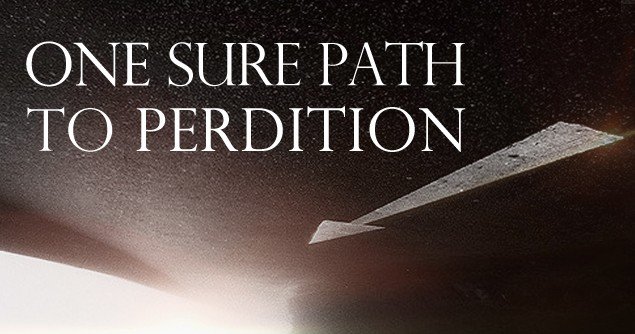 Anyone who follows the news today or watches movies or television programs sees that we’re not only in a cultural decline, we’re also in a mass cultural suicide. There are many reason this is occurring, but perhaps the most influential and the most annoying is current politically correct thinking.

To put this into context before addressing the specifics, Christian Civilization, which produced the abundance that made the West great, depends upon “Both/And” thinking. Classic orthodox Christian theology has expressed this so clearly in the Nicene Creed, which says Jesus is both God and Man. He is not just Man and not just God, he is Both/And.

This principle applies in other ways to people throughout society. I am a human being and a father. I am an American and a Christian. Simplistic politically correct thinking has exploded the culture by wrongly dividing the nature of Being. Now, you can no longer be both a Christian and an American. You can only be an American who practices Christianity in the dark of their closet, or some other unobtrusive private place.

The foolishness of politically correct thinking occurs in many areas.

For example, the Academy Awards can no longer given to the best movies if those movies are inhabited by people of just one demographic or racial group. The Both/And is gone. The fact of the matter is, however, you can have a great movie and just have one group in it, such as Koreans, or any other culture.

In Western Europe, the Either/Or fallacy is destroying the culture. For instance, you can no longer be a native Swede and a good person in Sweden. You have to be some humanist definition that doesn’t allow for the truth of your God-designed identity.

God, on the other hand, creates variety. Look at the birds, the bees, or the trees, or the flowers if you please. There’s wonderful variety. Just because a flower is both a rose and a flower doesn’t make it any less than a daisy and a flower. To exclude it from being a flower because it’s a rose would be the height of stupidity. To exclude a human being from being a human being because he’s just a man by biology and nature, exposes the ludicrous stupidity of the Either/Or that displays not just a lack of common sense but a ludicrous inability to think clearly. Just because somebody is a Swede, a German, or an Italian doesn’t mark them necessarily as a bad human being.

When the West retrieves its common sense, which it may never do, then there can be harmony with the wide variety of God’s creation. The constant fracturing of the Both/And will lead to cultural suicide.