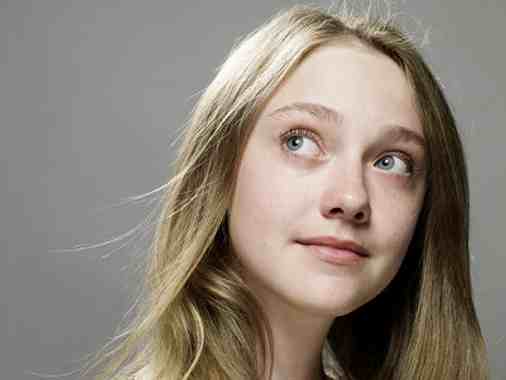 Madison Avenue passed a benchmark this month that was a new low – even for the perpetual sex-saturated advertisements coming out of New York.

That low was reached when Marc Jacobs cast Dakota Fanning as his face for the perfume, Oh, Lola! and described her as a ‘contemporary Lolita.’ Most of Fanning’s fans are too young to know the character Lolita – so Marc Jacobs introduced a new generation of young people to this pitiful character sexually abused by a pedophile soon to become stepfather.

The novel, Lolita, weaves a repulsive tale of a middle aged 40-something sexual relationship with a 12-year-old girl. Men that fantasize raping an underage girl (statutory rape in most American states) often excuse their penchant for young children by describing the acts as “coming of age,” and how thrilled they are to help this young person in their ‘rite of passage.’ If you see those terms in films or books, most likely they are an adult having sexual relations with a child.

However, Fanning’s fans have not embraced her sexualized roles. In the movie, HOUNDDOG, Fanning was featured as a 9-year-old girl who was brutally raped. She was 12-years-old when she filmed HOUNDDOG. This writer led a campaign against HOUNDDOG due to: (1) sexualizing children; and (2) using taxpayer funds by my home state of North Carolina to subsidize the vile film. Theaters dropped it nationwide, and the box office flop had sales of an abysmal estimated $132,000 in the United States.

Nor did Fanning’s fans support the movie, THE RUNAWAYS, co-starring TWILIGHT’S Kristen Stewart. THE RUNAWAYS is a biopic of the raunchy Joan Jett band. Fanning plays a profane, drug addicted band member who delves into all types of sex, including a lesbian kiss scene (with more action implied) with Stewart. And what parents of young fans would want their children to emulate this self-destructive behavior? The two stars only managed to bring in approximately $4.5 million for the film worldwide – just half of the $10 million film budget.

Jacobs may have purposely used controversy to create interest and help sell his new perfume. In the ads, he sexualizes Fanning by placing the perfume bottle between her legs in the groin area. However, many people are expressing disgust and outrage in their comments on Bob Unruh’s story, “Dakota Fanning becoming ‘Lolita’ for perfume company” at WorldNetDaily’s website (www.wnd.com).

Bloomingdale’s has the exclusive rights for Oh, Lola! perfume in July. If you would like to express your opinion of using Fanning as ‘Lolita’ in the ad campaign, you can express your concern to: