What Is the Most Powerful Name to Invoke? 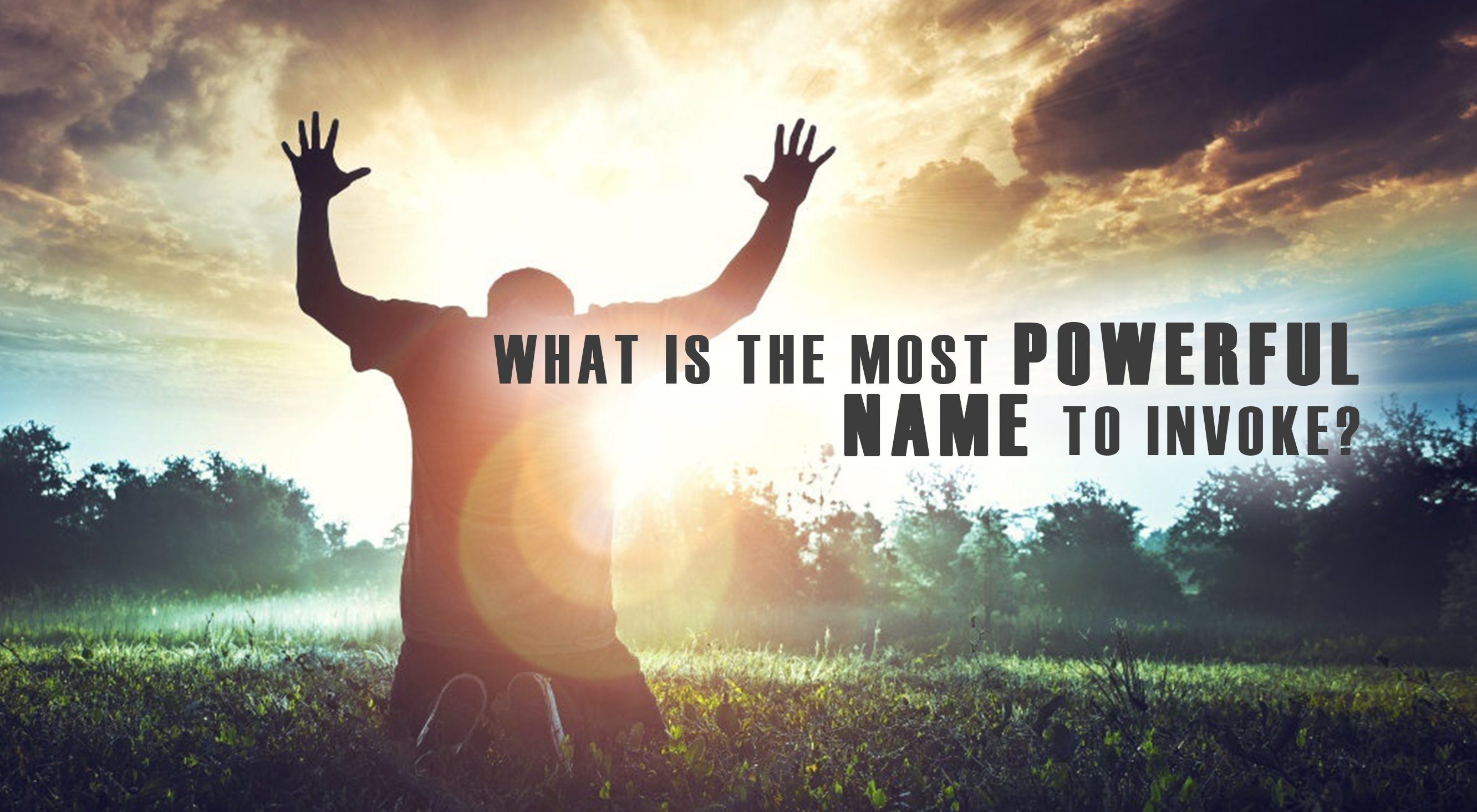 What Is the Most Powerful Name to Invoke?

Having grown up in the 1940s, 50s and 60s with parents who read a lot about the occult and having produced a PBS series on psychic phenomena with some of the biggest names in that paranormal and occult field in the 60s and 70s before Jesus Christ rescued me, I was amazed that DOCTOR STRANGE used authentic invocations. However, they never invoked the one name that most of the leaders I knew used when they most wanted a miracle, and that includes leaders such as Andrija Puharich, Gerard Manley Hall, Uri Geller, Carmen, etc., and many of the Hindus that I visited in Mumbai who ran the Second  International Conference of Yogis. It was the invocation of this name by people as diverse as Sri Chinmoy and Dr. Puharich that was one of the elements that led me to seek the Truth that truly set me free from the confusions of the hidden arts and gave me a great abundant life. It was interesting to read that even Madonna and other superstars invoked this name before they went onstage.

If you haven’t guessed yet, of course the name is Jesus Christ.

Why would these people who had rejected the Good News of the Gospel resort to invoking Christ’s name in their ceremonies and healing services, and even in their attempts to succeed?

As God promised in His Word Written, whatever is hidden will be revealed! Therefore, after reading the New Testament in 1974 and coming to Christ on Feb. 11, 1975, it was clear to me there is no other name on Heaven and Earth by which we can be saved, saved from our corrupted desires and saved from the thieves who come to steal, kill and destroy, saved spiritually, physically, mentally, and emotionally.

So, for those who are interested in seeking cosmic consciousness, deeper truths, or healings, like DOCTOR STRANGE: call upon the only Name that will give you more than you could possibly want or imagine; invoke the one Name that’s above all names; invoke the Name of the one True God who loves you so much that He gave Himself for you. When you do, claim His answer and cast off all the false philosophies, false lifestyles, false invocations that have no power whatsoever.