Rediscovering Joy, Innocence, and the Value of Childhood 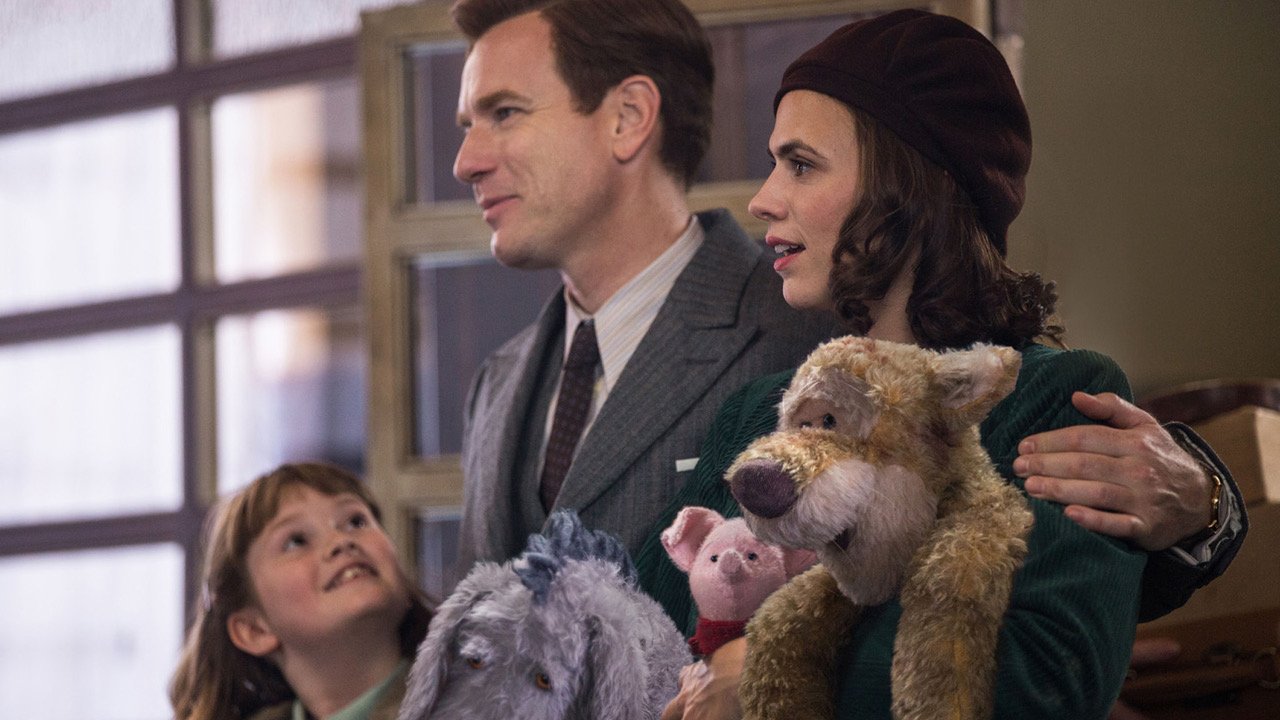 Rediscovering Joy, Innocence, and the Value of Childhood

Aug. 3, Disney releases its live-action and realistic CGI movie, Christopher Robin, in which Winnie-the-Pooh, Tigger, Piglet, Eeyore, Kanga, Roo, Rabbit and Owl make their first appearances in a live-action film as charming three-dimensional characters. In this delightful, heartwarming movie, the grown-up Christopher Robin, who as a boy has encountered many adventures in the Hundred Acre Wood with his merry band of lovable stuffed animals, has now lost his way. Christopher has become an overworked husband and father, who is missing out on family events because of a demanding boss. To the rescue, Christopher’s childhood friends come into his grown-up world to help Christopher Robin remember and reclaim the world of the loving and playful boy who is still inside him.

Jim Cummings still voices the iconic speech of Pooh and the rest of Pooh’s gang are voiced by the following: Chris O’Dowd as Tigger, Brad Garrett as Eeyore, Toby Jones as Owl, Nick Mohammed as Piglet, Peter Capaldi as Rabbit, and Sophie Okonedo as Kanga. In this Disney, live-action movie, Ewan McGregor plays Christopher Robin.

Because of the efforts of Winnie-the-Pooh and company, Christopher Robin, begins to see things from a fresh perspective and comes up with a plan to save his company as well as his job. He also rediscovers the joys of family life, the value of friendship, and remembers to appreciate the simple pleasures in life once again.

Producer Brigham Taylor (The Jungle Book…) came up with the concept for this current Disney movie and believes there is a “… kind of promise to the idea of meeting a familiar and beloved character in a whole new world.” Dr. Diane Howard has a thoughtful, exclusive interview with Brigham Taylor:

DH: What are primary themes in this movie?

BT: A primary theme in this movie is doing nothing to find something of value. We need to do our favorite things with the people we love.

DH: Why are the Winnie-the-Pooh stories classics for all time?

DH: Why is innocence important for children?

BT: We need to protect children before they are ready, until the right time, and until they can understand context.

DH: Why is innocence important for adults?

DH: Why do all ages need a movie like this today?

BT: We are all interconnected. Entertainment is communal. A movie like this has wit and charm for all on different levels.

DH: Why do adults need to find their childhood innocence again?

BT: This movie is geared towards adults. We all need to be able to be present with each other.

DH: How can the worlds of our childhood rescue us today?

BT: The experiences of our childhoods help us to play, be imaginative, and to have quality time together. We can be preoccupied and need to carve out special time.

DH: What lessons do we learn from Christopher’s childhood friends?

BT: We learn loyalty, generosity, patience from these characters. Pooh understands Christopher Robin and is persevering with him. He lets Christopher know that he is better than he thinks he is.

DH: Why do Disney movies appeal to all people of all ages?

BT: They have strong universal themes for all ages. They are deeply emotional and resonate with all. They have an artistry that keeps our attention and demands our respect. They have real visual beauty.

DH: Why do classic family movies stand the test of time?

BT: They appeal to imaginations and hearts. They have strong, universal themes about such issues as friends and home. They make us laugh and cry for the right reasons. We are transported to another place. In this movie we transport viewers to another period of history with timeless ideas.

Author and playwright, AA Milne, an officer in WWI who experienced illness and injury, found his respite in nostalgia and a return to a simpler age. Likewise, his Winnie-the-Pooh stories served in assisting readers to recover from the traumas of war.

The characters Christopher Robin and Winnie-the-Pooh ﬁrst appeared in a collection of verses Milne wrote entitled “When We Were Very Young” in 1924. However, it was the publication of “Winnie-the-Pooh” in 1926 that truly won the hearts of readers the world over. The book of short stories about the imaginary adventures of the carefree boy, his honey-loving bear and the rest of his animal friends from the Hundred Acre Wood, along with the timeless illustrations of E.H. Shepard (who also served as an officer in WWI) is considered one of the most popular children’s books of all time.

“The House at Pooh Corner” followed in 1928 with the same set of characters and became as popular as the first.  Advocating the values of a healthy imagination, these stories continue to appeal to readers of all ages.

The warmth, love, kindness and connectivity with one another appeal to all ages. The imperfections of the characters (bravado, negative attitude, false sense of superiority and more) are recognizable to adults.

“Pooh is the perfect vehicle because he literally represents—through his image, his attitude and his personality—the concept of just hanging out and doing things that you love with people that you love and not being distracted by less important things,” says Taylor. 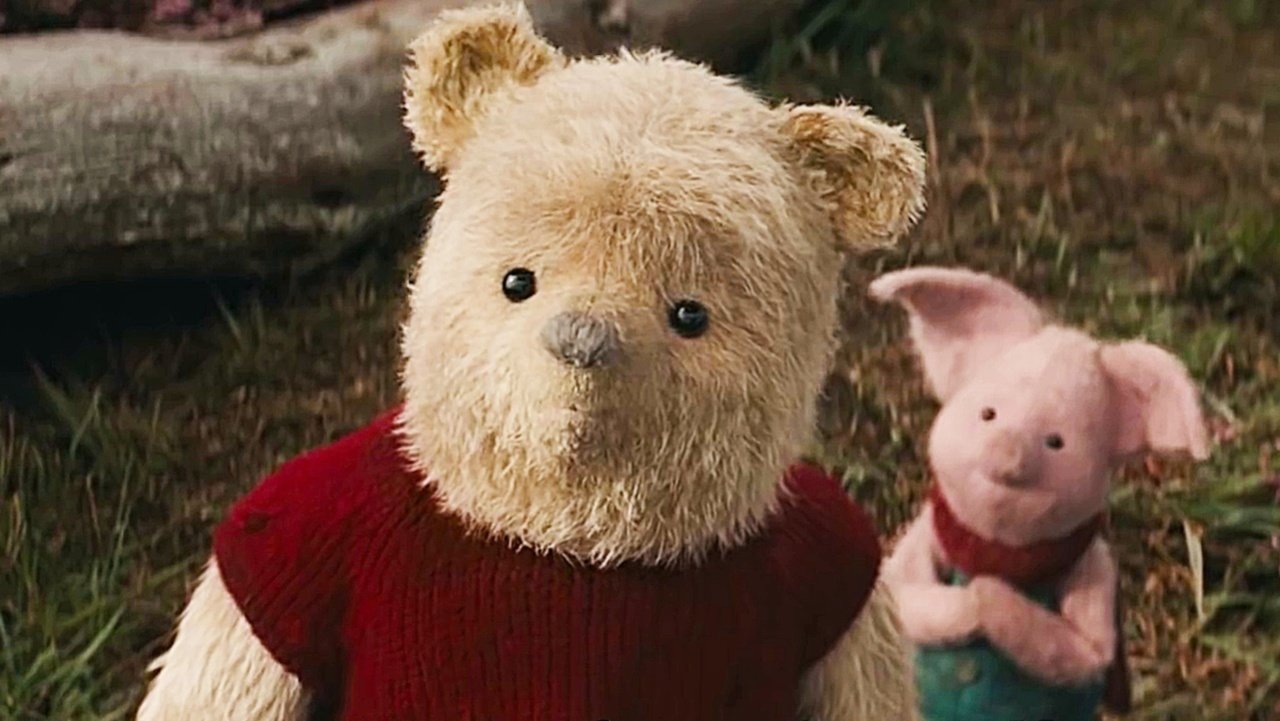 Director Marc Forster (Finding Neverland, The Kite Runner) was drawn to the sense of magic realism of the story and believed it had potential to be artistic, emotional, funny, and timeless. When you are able to make people laugh and cry in the same movie and you are able to tell the story with integrity and ground it in reality and have the magic realism on top of it, it lifts your spirits and connects you with the people you love,” says Forster.

Further, Forster believes this story has never been more relevant. “I think it’s something we desperately need in the world,” he says. “We could all use a little bit of Pooh’s heart and wisdom right now.”

Furthermore, Forster says, “The simpler things in life are, indeed, often those

that make us the happiest. And in ‘Christopher Robin’ we see a man who has lost sight of that which tethered him to humanity in broad strokes, and who is reminded of his

of his life, his wife and daughter, and for that, his life is enriched. All for remembering that the simpler things in life are not to be left behind or forgotten…. Life goes by so fast, but hopefully this film will remind people to take a look at their own lives and re-evaluate how they spend their time…and with whom.”

See the trailer for the movie.

“I always get to where I’m going by walking away from where I’ve been.”
“There’s always time for a smackeral of wonder.”
“Doing nothing often leads to the very best kind of something.”
–Winnie the Pooh