A Tale as Old as Time: The True Meaning of BEAUTY AND THE BEAST 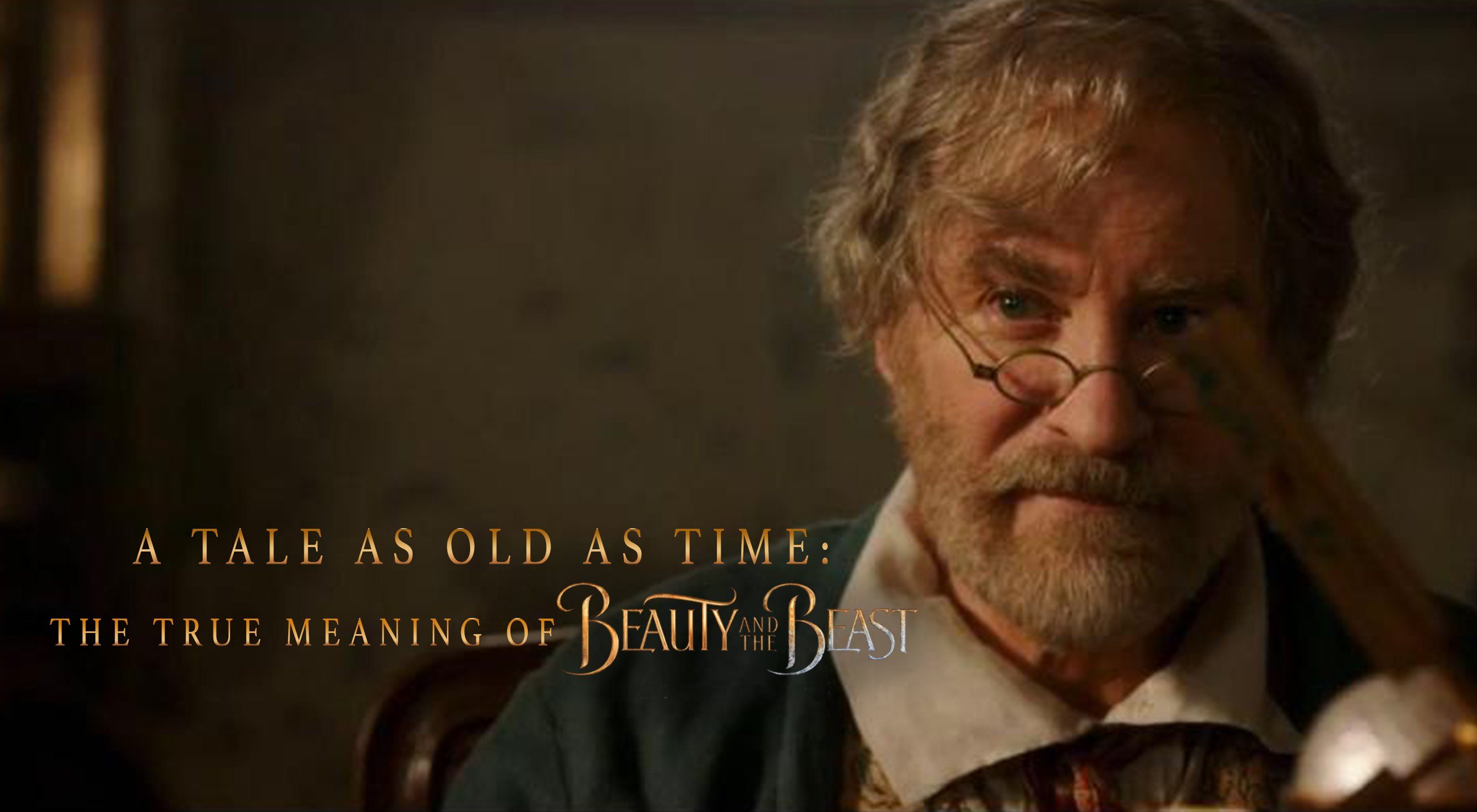 A Tale as Old as Time:

The True Meaning of BEAUTY AND THE BEAST

The Oscar winning title song to Disney’s original animated version of BEAUTY AND THE BEAST describes the story of the ancient fairy tale as a “tale as old as time.”

As MOVEGUIDE® said in its review, “BEAUTY AND THE BEAST is one of those fairy tales that contains a profound, eternal, even overtly Christian message about the human condition. According to scholars, the story is 4,000 years old, but its modern version comes from a female French writer’s version published in 1740 and abridged and re-worked in the 100 years thereafter. In the most popular modern versions, the story is a metaphorical fairy tale about the archetypal heterosexual relationship between men and women in God’s Creation. As such, it reflects the Christian, biblical ideal of marriage where the [sacrificial] love between a man and a woman transforms sinful hearts, especially the ‘beastly’ nature of the male descendants of Adam, the first man.”

Thus, in a very real sense, the story of BEAUTY AND THE BEAST reflects the essence of biblical passages such as Genesis 2:24, Matthew 19:1-12 and Ephesians 5:21-33.

At the end of Disney’s new live action version of this beautiful metaphorical Christian story, however, the filmmakers interrupt the celebratory ending of this wonderful, essentially heterosexual, story by showing the villain’s homosexual henchman dancing with a man, who earlier in the movie was seen as enjoying being a cross-dressing dude wearing a pretty dress!

The movie’s pro-homosexual, cross-dressing content not only exhibits the crazy, left-wing identity politics and activism the director and some of the actors have admitted publicly they’ve wanted to promote. It also takes the viewer’s attention away from the main story behind the movie. Ironically, the kind of homosexual references included in this version of BEAUTY AND THE BEAST contradicts the story’s main message that sacrificial love, not lust or bizarre fetishes, is what lifts people up and ennobles them. This isn’t to say that people in a homosexual relationship can never know what sacrificial love is. It’s only to show that the homosexual elements in this version of BEAUTY AND THE BEAST are a political stunt, a base attempt to indoctrinate children and other moviegoers into a particular ideology and agenda that doesn’t fit the basic story of the fairy tale and of the movie itself.

So, while many parts of the new BEAUTY AND THE BEAST invoke the delights that can be found in the original 1991 animated version (not to mention the 1946 French classic by French poet and filmmaker Jean Cocteau), the movie’s gratuitous, politically correct, homosexual elements make for an awkward experience that should annoy intelligent, media-wise Christians, Jews, consumers, and parents.

Such content doesn’t belong in ANY movie, much less a movie for families or children.

“Since the creation of the world God’s invisible qualities – his eternal power and divine nature – have been clearly seen, being understood from what has been made, so that people are without excuse. For although they knew God, they neither glorified him as God nor gave thanks to him, but their thinking became futile and their foolish hearts were darkened. Although they claimed to be wise, they became fools and exchanged the glory of the immortal God for images made to look like a mortal human being and birds and animals and reptiles.

“Therefore, God gave them over in the sinful desires of their hearts to sexual impurity for the degrading of their bodies with one another. They exchanged the truth about God for a lie, and worshiped and served created things rather than the Creator – who is forever praised. Amen.

“Because of this, God gave them over to shameful lusts. Even their women exchanged natural sexual relations for unnatural ones. In the same way, the men also abandoned natural relations with women and were inflamed with lust for one another. Men committed shameful acts with other men, and received in themselves the due penalty for their error. Furthermore, just as they did not think it worthwhile to retain the knowledge of God, so God gave them over to a depraved mind, so that they do what ought not to be done. They have become filled with every kind of wickedness, evil, greed, and depravity. They are full of envy, murder, strife, deceit, and malice. They are gossips, slanderers, God-haters, insolent, arrogant, and boastful; they invent ways of doing evil; they disobey their parents; they have no understanding, no fidelity, no love, no mercy. Although they know God’s righteous decree that those who do such things deserve death, they not only continue to do these very things but also approve of those who practice them.”