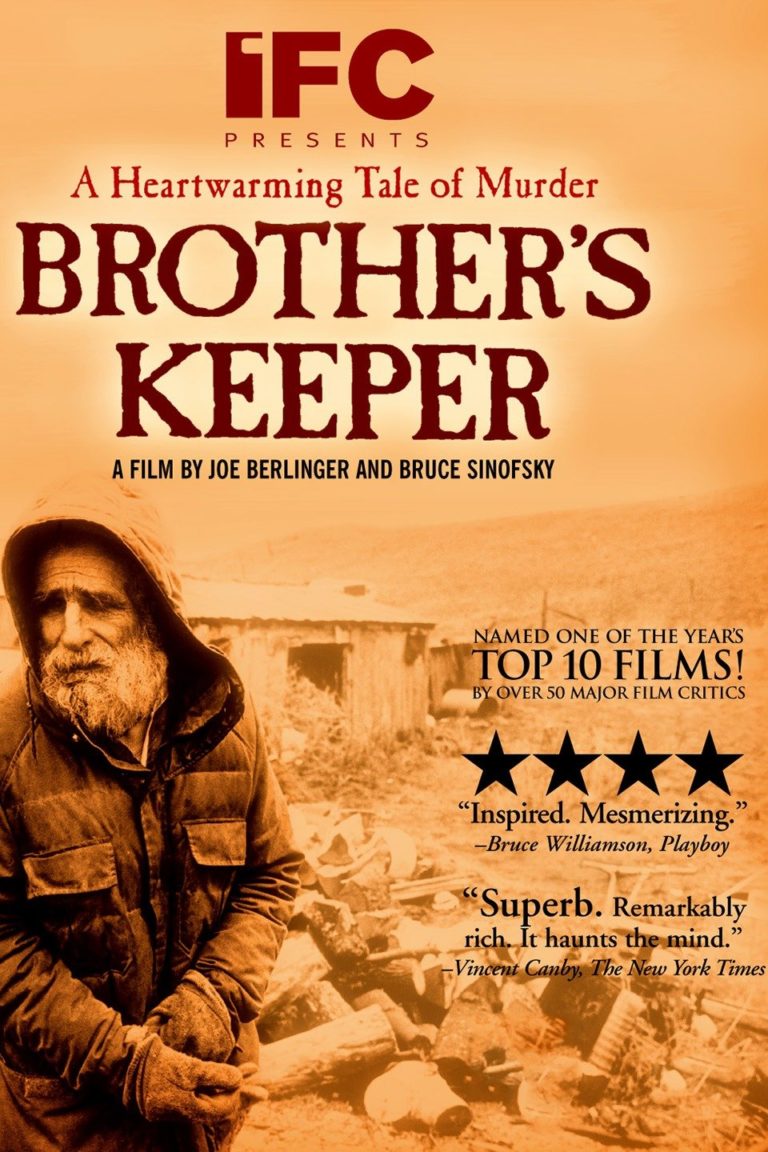 BROTHER'S KEEPER, a documentary based on a true story about a semi-illiterate elderly dairy farmer (Delbert Ward) in upstate New York who is charged with his brother's murder, perfectly captures the Ward Brothers' way of life as well as providing insight into their individual psyches. The directors and producers, Joe Berlinger and Bruce Sinofsky, visited the Wards during a nine-month period, following them during farm chores and talking to acquaintances about them. The film, climaxing with the trial, is an incredible slice-of-life American drama.

(B, L) Moral worldview marred by: roughly 25 obscenities & profanities (These are spoken by the actual individuals involved in the story and, unfortunately, are part of their everyday speech patterns.)

The film BROTHER’S KEEPER, a documentary about an elderly, semi-illiterate up-state New York dairy farmer charged with his brother’s death, proves once more that truth is stranger than fiction in this intriguing slice-of-life drama. Surviving brother, Delbert Ward, signed a confession so he could go home. Later, he recanted his confession, claiming illiteracy and ignorance. The film shows the Ward Brothers in their filthy two-room shack which lacks inside plumbing and a telephone. The documentary also deals with the people of Munnsville, New York, who rally around the Wards. The Wards and their community are irrevocably changed as a result of the ensuing nationwide media exposure.

Filmmakers Berlinger and Sinofsky, in place of merely regurgitating facts and figures for the screen, play the role of unbiased strangers, having spent nine months visiting the Wards, neighbors, relatives, and friends, each of whom has his own version to tell. So well do Berlinger and Sinofsky acquaint us with the Wards, their farm, and their way of life, that our earlier revulsion of them in their unshaven filthiness, begins to turn subtlety to a championing of them and their cause. BROTHER’S KEEPER is a masterpiece of documentary filmmaking as it delves into the Ward Brothers’ psyches and the community of Munnsville as well.