"Moving to Our Forever Home" 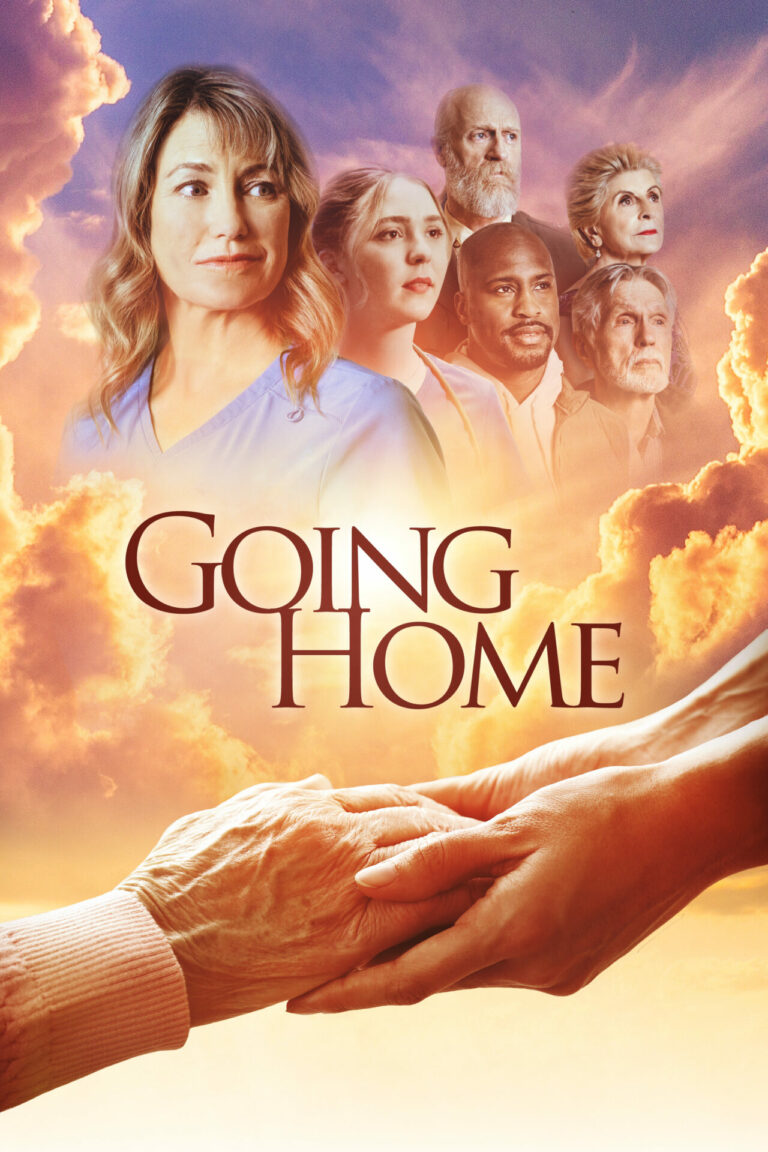 GOING HOME: “Charley’s Way” is the opening episode to a drama streaming on Pure Flix about daily life in a hospice for terminally ill patients. It focuses on the facility’s head nurse, Charley Copeland. Charley arrives at Sunset House at the end of her jogging commute. Her workday commences with the nurses’ report, where the previous shift briefs the incoming shift, followed by a new patient arrival. The episode’s trajectory turns to the patient and their family, and the thoughts and feelings they have about the patient’s imminent death. Charley and the staff encourage them to have a healthy acceptance of “death as a part of life.”

GOING HOME: “Charley’s Way” is a powerful episode with pinpoint accuracy about hospice experiences and captivating camera work. As such, it depicts the transformative experience an inpatient hospice can provide families and patients. “Charley’s Way” has a strong Christian, biblical worldview. Scripture is read, and prayer is front and center. The dying moment is the episode is tastefully depicted, but sensitive viewers might find such scenes hard to watch. So, MOVIEGUIDE® advises caution for younger children.

(CCC, BBB, V, M):
Dominant Worldview and Other Worldview Content/Elements:
very strongly biblical, and consistent with a Christian worldview; occasional Bible reading and informal, spontaneous prayer by patients and staff, mostly covering phrases found in the prayers of the Psalms
Foul Language:
No foul language
Violence:
Little to no violence with slightly labored breathing moments in a dying stage and people die, but quietly, in bed
Sex:
No sex or sexual immorality
Nudity:
No nudity
Alcohol Use:
No alcohol use and abuse
Smoking and/or Drug Use and Abuse:
No smoking or drugs;
Miscellaneous Immorality:
Extremely light dysfunctional portrayals as hospice patients and family members experience elements of the grieving process, such as denial, guilt, anger, depression, and bargaining.

GOING HOME: “Charley’s Way” is the opening episode to a drama streaming on Pure Flix about daily life in a hospice and focuses on the facility’s head nurse, who interacts with a different patient each week. GOING HOME: “Charley’s Way” is a powerfully written episode with pinpoint accuracy about daily hospice experiences, captivating camera work and a strong Christian, biblical worldview designed to show families with older children how to accept death as a part of our journey to our Heavenly Father.

“Charley’s Way” follows the head nurse of the facility, Charley Copeland. It begins from her jog to work at the aptly named Sunset House through the beginning of her shift as she relates with fellow staff. From there, it portrays the relationships and deaths of the episode’s focus family and ends with Charley talking to God on a deck during a literal sunset. The end credits reveal that the creator, writer, executive producer, and director of the series, Dan Merchant, lost his father a year prior to the production, which reveals how accurate and real-to-life the series intends to be.

In between images of Charley jogging to the hospice facility, “Charley’s Way” begins with a video interview with Charley, seen from the perspective of the full director’s professional screen view, before editing. Charley has been given an award for “Hospice Nurse of the Year,” and a local TV news crew is filming an interview with her. Charley’s not having it, though, as she insists, “It’s not about me.” Her comment will play out in the remainder of the episode to be the theme that names the episode “Charley’s Way.” Viewers quickly sees this play out when Charley turns the interview of her into a conversation about the reporter’s recently deceased parent. Then, if that wasn’t enough, once the interview ends, when no one’s looking, Charley dumps the award trophy into a nearby trash can.

The workday then commences with the nurse’s report, as the previous shift first briefs the incoming shift, and the episode introduces other members of the care team. Much to Charley’s dismay, the perky Janey Richards is late for her first day at her new job. An orientation is in order; however, so, Charley shows Janey around, introduces her to patients, then gives her the assignments she will cover.

A new patient arrives with a family member, and the trajectory of the episode then turns to this family, and the various thoughts and feelings they have about this imminent death. Charley tells the patient, Tyler Cobb, a famous hometown college and pro football player, that “there’s still work to do,” for which she will coach each family member in their grief processes and relationships. More inserted scenes of Charley’s morning jog to work tips the viewer off to the beginning of different days and further ways in which Charley coaches the family to a healthy acceptance of “death, not as the end of life, but rather as a part of life.”

The dying moment in the episode is tastefully depicted. Subsequently, a sacred moment is held in an exit hallway-turned-sanctuary, with staff and family saying goodbye, seated around the covered body, just before it’s wheeled out to the funeral-home vehicle. The closing scene finds Charley alone on an outdoor patio (at an undisclosed location) watching the sunset while talking to God about her experiences in the episode, asking the questions that remain for her, and affirming God’s goodness, power and grace. Included in this prayer time is a further twist from this first episode, namely a close personal friend of Charley’s who has shown up to the hospice unannounced to ask Charley to be her in-home hospice caregiver. This poses a professional and personal dilemma for Charley that makes it uncomfortably about her. Episode 101 ends with this storyline not fully resolved, evidently awaiting further treatment later in subsequent episodes.

GOING HOME: Episode 101: “Charley’s Way” presents an incredibly well-written drama depicting the powerfully transformative experience that an inpatient hospice can provide. Personal experience appears to have been the formative impetus for the entire series. The end credits provide a name and vital statistic dates that memorialize a parent of Dan Merchant, the Creator, Writer, Executive Producer, and Director of the opening episode. The acting is most certainly up to the task, providing moments that engage not just the viewer’s attention, but the heart and soul as well. The cinematography is captivating, whether for outdoor scenes on location, or for the framing of intimate indoor conversations. Though the scenes inside the hospice seem to be filmed on a set, they never take attention away from the story. Nor do they take away from the episode’s attempt to nudge viewers to embrace death as part of our journey to meet our Maker on the way to our forever home.

GOING HOME: “Charley’s Way” has a strong Christian, biblical worldview. Scripture is read. Also, prayer is depicted throughout the episode. For example, before entering any patient’s room, Charley appears to pray a prayer for the Holy Spirit to help her with the next moments of interaction with the patient and their family. The spontaneous prayers Charley voices at sunset are addressed to God and contain many references to the Old Testament Scriptures, such as references to “in the shadow of your wings” from Psalm 36:7, to “the apple of your eye” from Psalm 17:8, and to “you have blessed me” in Genesis 30:27.

“Charley’s Way” shows the hospice staff pursuing peace, joy and reconciliation while they guide the patient to their real home with God. The episode shows many emotions expressed about life, death and dying. Thus, “Charley’s Way” contains some scenes that sensitive viewers may find hard to watch. So, MOVIEGUIDE® advises caution for younger children.