"Blessed Are the Peacemakers" 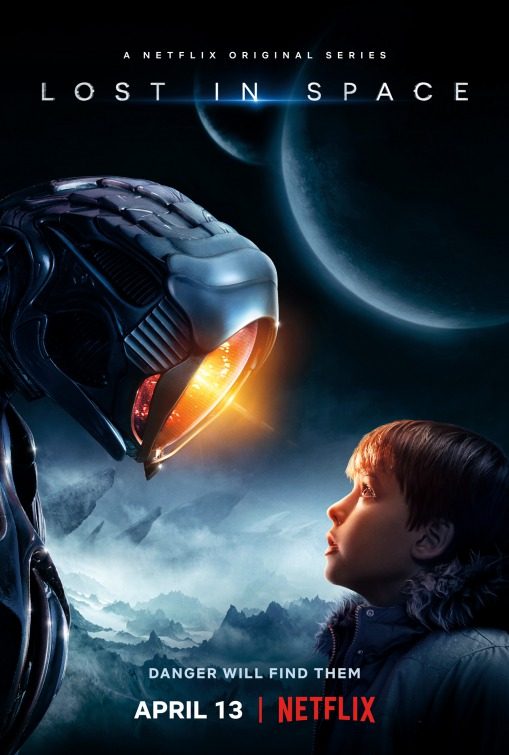 “Trust” is the series finale of Netflix’s terrific reboot of Irwin Allen’s LOST IN SPACE. The evil robots are set to invade the human colony on Alpha Centrauri, but Will Robinson is bedridden because of the new heart he received after the evil robot leader destroyed his old heart. Meanwhile, Will’s parents are helping restore the colony’s shields while Will, his sisters and other children travel to safety underground. At the last moment, the robot ship slips through the shields but crashes. It has a weapon that can defeat and destroy the colony. Will risks his life to alert Judy and Penny to stop the robots from using the weapon. Penny figures out a way to overcome some of the robots, but will it be enough to stop the evil robots?

“Trust” is one of the most exciting, best written TV finales ever made. It tells an exciting, inspiring story of family, courage, kindness, sacrifice, and resurrection. The episode sends a transformative message of changed lives leading to peace. “Trust” is a fitting finale to this wonderful reboot of LOST IN SPACE.

(CC, BBB, L, VV, M):
Dominant Worldview and Other Worldview Content/Elements:
Very strong Christian worldview with strong moral elements sresses family, courage, resourcefulness, kindness, and sacrifice and includes a death and resurrection which overcomes the demonic red-faced robot villain, a reference to grace and prayer, a celebratory banquet, and a transformative message of changed lives leading to peace
Foul Language:
One “h” word and one OMG profanity
Violence:
Lots of action violence as evil robots invade a space colony of humans, their ship crashes but they emerge from the wreckage to battle and menace the humans, some evil robots are reprogrammed, and they do battle with their evil counterparts, humans on grounded spaceship give electric shocks to robots to incapacitate them, one robot turns to ashes, one robot smashes another robot to the ground, one robot throws anothe robot against a rock, boy recovering from a heart transplant exerts himself, explosions
Sex:
No sexual immorality, but teenagers do kiss in one scene
Nudity:
No nudity
Alcohol Use:
No alcohol use
Smoking and/or Drug Use and Abuse:
No smoking or drugs; and,
Miscellaneous Immorality:
Human villain is about to kill a man in a medical facility but Will Robinson’s robot changes her mind, and she eventually confesses and willingly goes to jail.

“Trust” is the series finale of Netflix’s terrific version of Irwin Allen’s LOST IN SPACE, with the Robinson family and their friends facing a robot invasion of Alpha Centauri. “Trust” is a brilliantly written, sensational, thrilling, inspiring science fiction adventure for practically the whole family.

The evil robots are planning a full-scale invasion of Alpha Centrauri, but Will Robinson is bedridden because of the new heart he received after the evil robot leader destroyed his old heart. Meanwhile, Will’s parents and Don West are involved in restoring the planet’s shields while Will’s sisters are traveling in a caravan with him and the other children of the colony to safety underground.

However, the robot ship just manages to make it through the shields at the last moment, though the ship crashes. Their ship has an engine that can be used to destroy the colony and the whole planet, if need be. Will risks his life to alert Judy and Penny to stop the robots from using the engine. Penny figures out a way to establish peace with some of the robots, but will it be enough to stop their evil brothers and sisters?

“Trust” is one of the most exciting episodes in the history of dramatic television. It’s superbly written and structured. The music and production values are movie quality, which adds to the enjoyment.

This series finale also has a lot of heart. It tells an exciting, inspiring story of courage, resourcefulness, kindness, and sacrifice. The episode’s redemptive ending also contains a sacrificial death and resurrection, a prayer at a meal, a reference to grace, and a transformative message of changed lives leading to peace. Will’s relationship with The Robot serves as a pattern for transformative message, and his sister, Penny, picks up on that as well. Blessed are the peacemakers, for they are the children of God.

“Trust” is a fitting finale to this terrific reboot of LOST IN SPACE. The evil robots are scary, especially for younger children, but heighten the episode’s jeopardy and excitement.