AFRAID OF THE DARK 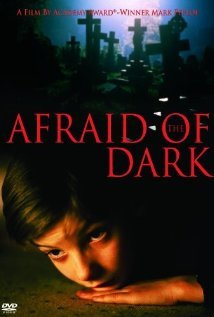 AFRAID OF THE DARK portrays an eight-year-old boy forced to confront his fears: an impending eye operation; the marriage of his beloved half-sister; and, the birth of a sister who will threaten his relationship with his parents. Regrettably, the chilling portrayal of his innermost fears focuses on graphic violence and nudity, causing the audience to wonder whether anyone cares about the abuse inflicted on young actors who have to play such gruesome roles.

(VVV, NN, A/D) Two women are slashed & a man and a dog are both poked in the eye with a knitting needle; upper female nudity; and, alcohol is served at a wedding reception.

Although told from the point of view of an eight-year-old boy named Lucas, AFRAID OF THE DARK is not a film for children since its chilling portrayal of Lucas’ fears focuses on graphic violence and nudity. In one scene, Lucas looks on in horror as his half-sister Rose is slashed by a razor while she poses in the nude for a photographer. Thus, the film attempts to portray Lucas’ confrontation with: an impending eye operation; the marriage of Rose; and, the birth of a sister. In fact, Lucas’ fear of the dark symbolizes his alienation, and the first half of the film turns out to be a product of Lucas’ imagination. However, at the end of the film, his fear culminates in the real attempted murder of his baby sister who stands between him and his parents. He does not realize that she can replace what he is losing: his half-sister Rose and even his eyesight.

It is a major weakness of the film that the audience feels little satisfaction when Lucas accepts his sister after his eye operation, and one is left wondering why he has changed. Furthermore, the dark visualizations of Lucas’ imagination will disturb rather than edify an audience, and acting out such demented fantasies was no doubt disturbing to the young boy who played Lucas. In fact, does anyone care about the abuse inflicted on young actors who play such roles?