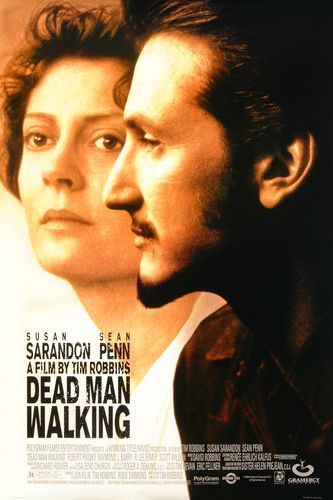 DEAD MAN WALKING is a moving and powerful movie about a nun who becomes the spiritual advisor to an inmate on death row. Starring Susan Sarandon and Sean Penn, it shows a killer's coming to know the salvation available in Jesus Christ. Though including his murder and rape, the movie provides a thought-provoking perspective on the spiritual ramifications of murder.

DEAD MAN WALKING is a powerful movie about a nun who becomes the spiritual advisor to an inmate on death row. Susan Sarandon plays Sister Helen Prejean, a nun who lives among the black poor in rural Louisiana. One day she is asked to write an inmate on death row. His name is Matthew Poncelet and he is convicted of murdering two teenagers. Her co-workers and friends begin to leave her because she is siding with a “monster.” Poncelet is given a date for his execution. Sister Helen decides to pay a visit to the parents of the deceased victims. Days before the execution, Sister Helen gives Poncelet a Bible and asks him to read it. He does and they talk about Jesus, but Poncelet still doesn’t confess to the murders. Minutes before his execution, Poncelet accepts Christ, confesses his crimes and apologizes to the families of the victims.

This movie may convict and challenge Christians to live out their faith boldly. Non-Christians will hear many accurate Bible references. There is a slight undercurrent of political correctness, but it is restrained. The movie does briefly show the murder scene, and there are some obscenities. This film uses Scripture in a very thorough examination of a very important topic, particularly in light of rising crime.