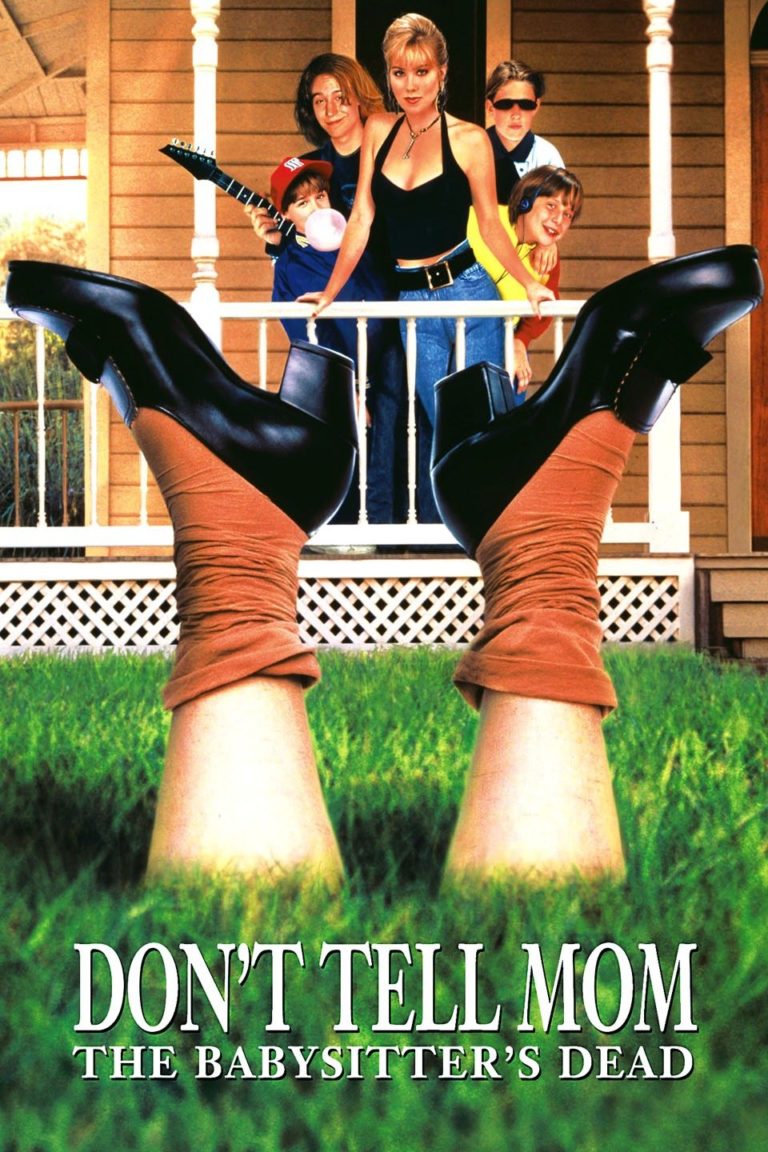 DON'T TELL MOM THE BABYSITTER'S DEAD is a comedy about a rowdy family of five children left to fend for themselves when their baby-sitter suddenly dies. Lying, deceit, rebellion and other evils characterize this so-called family film.

Even the title of DON’T TELL MOM THE BABYSITTER’S DEAD indicates a problem with this film: an abdicating parent and rebellious children which add up to a disgusting film.

The film deals with a rowdy family of five children who must fend for themselves when mom takes off for a two-month vacation and their baby-sitter dies. Thus, the kids’ summer stint turns into one fiasco after another.

No sooner has mom pulled out of the drive and elderly Mrs. Sturack assumed her baby-sitting role, than all mayhem breaks loose.

A short time after Mrs. Sturack has assumed control of the Crandell kids and whipped them into shape (to their amazement), the kids go to her room to give her a piece of their minds only to discover her dead body. So, they conveniently stuff the body into a trunk and drop it off at the local mortuary. The writing on the trunk states: “Remains of nice old lady.” How’s that for avoiding funeral hassles? Never mind the questions it raises.

When the kids realize they have no money, the oldest, Sue Ellen, locates a job at a fast-food place but soon tires of it. The next job, as an administrative assistant at a clothing company, turns out to be better, even though she lies about being 27 when she’s just 17.

Throughout the summer, Sue Ellen carries on the ruse of being an older, well-qualified Vassar graduate while Kenny hangs around with his beer-drinking, drug-using buddies and complains about not being able to go anywhere without a car. The three youngest children suffer from constant neglect, until Walter falls off the roof one day and, fortunately, only suffers a broken leg.

The incident, along with Sue Ellen’s catchy ideas about turning the clothing company around, wake the kids up. So, the night of the big party (naturally, at the Crandell residence) for the top brass, each of the kids functions to perfection. When mom returns early, however, Sue Ellen admits her failures to the crowd, telling them: “I lied to you. I’m just 17, and I’m planning to go to college in a few weeks.”

What a despicable premise this film has! As if it weren’t bad enough for the mother to leave on a two-month trip with her boyfriend, the fact that the children will resort to anything to keep her away, speaks volumes about their relationship with her. Moreover, despite the children’s “shaping up” at film’s end, the plot is so flawed, the outcome is not believable.

DON’T TELL MOM THE BABYSITTER’S DEAD provides an excellent example of the depths our culture has reached in twisted values and lack of moral standards. It also bears out Judges 17:6: “Everyone did what was right in his own eyes.”