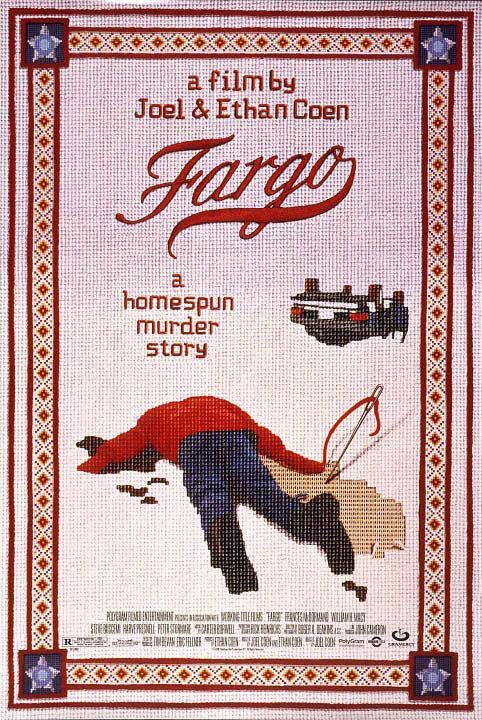 Ever interesting, the Coen brothers have now gotten back to their Minnesotan roots and have crafted a hyper-realistic crime drama called FARGO. Set in Northern Minnesota, it tells the story of a botched kidnapping scheme demonstrating the futility of crime. Stark in its realism, it shows brutal murders, sex, and bad language, while demonstrating the truth that crime doesn't pay.

The Coen brothers have gotten back to their Minnesotan roots and have crafted a hyper-realistic crime drama called FARGO. Set in Northern Minnesota, it tells the story of a botched kidnapping scheme, demonstrating the futility of crime. Jerry Lundegaard is a car salesman in Minneapolis. He has a loving family, but he has recently come under some severe financial difficulties. He decides to hire two thugs to kidnap Jerry’s wife and demand $80,000 dollars. Jerry is convinced this is a solid plan. Everything goes as planned until one thug kills a policeman and two witnesses to the crime. They demand more money, and Jerry’s plan unravels. Soon, small-town Police Chief Marge Gunderson is on the case. Observant and even-tempered, she slowly starts to find out that Jerry is behind this caper.

This story is remarkable because it has realistic and expertly acted Scandinavian-cultured characters. Realistic too, is its brutality. Murders are clearly seen, sex is seen, and the thugs frequently use obscenities, but the strength of this movie doesn’t rest on the brutality of the wicked. It is stirring because it shows the slow, yet deliberate, unveiling of the truth and the failure of evil.