FATHER OF THE BRIDE PART II 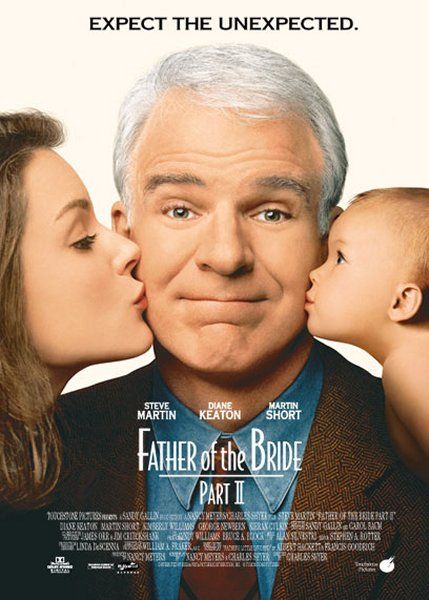 FATHER OF THE BRIDE PART II is a funny, entertaining, positive portrait of a traditional family produced with exquisite love and compassion. When Annie, the now-married daughter of George Banks, announces she is pregnant, George comically tries to turn back the aging process and ends up with his wife Nina expecting another baby herself which delights his wife but scares him. Every element of FATHER OF THE BRIDE PART II has been crafted to perfection. It lifts up the family and the father in a positive, entertaining way that has never been done in film before.

FATHER OF THE BRIDE PART II is a funny, entertaining, positive portrait of a traditional family produced with exquisite love and compassion. This pro-family, pro-father, pro-life movie will make you laugh and cry and go home feeling better about your life. It opens with George Banks (Steve Martin) discovering that his now-married daughter, Annie, is expecting a baby. Nina Banks is overjoyed, but George is distraught. Immediately, George tries to stop the aging process by working out, dying his hair and selling his house. Thus, the complications begin as a swarthy developer buys his house and his new found energy produces a baby — now, George is not only going to be a grandfather, but he is also going to be a father — again!

Thus, George’s life takes its twists and turns producing an endearing portrait of humanity in a way that has been unrivaled since IT’S A WONDERFUL LIFE. FATHER OF THE BRIDE PART II is a movie for those who have children, as well as for children who want to find out how wonderful being a father or a mother really is. The direction is flawless, the dialogue witty, and the acting superb. In fact, every element of this film has been crafted to perfection, and in the end, it lifts up the American family and the American father in a way that has never been done in a film before.

Rent or Buy FATHER OF THE BRIDE PART II: